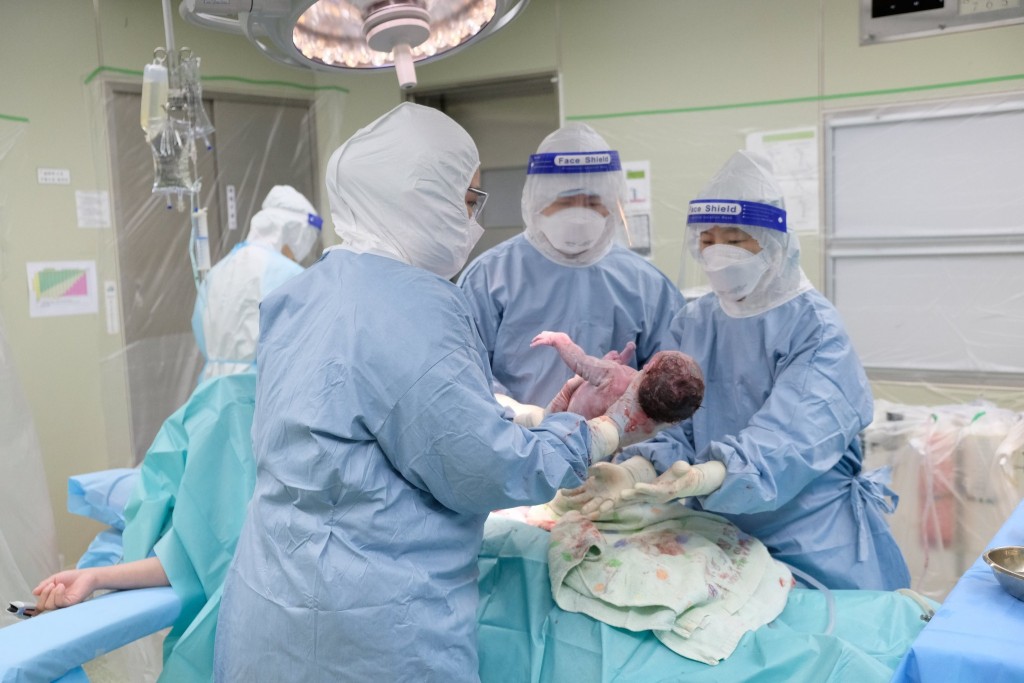 TAIPEI (Taiwan News) — After a woman with COVID-19 delivered her baby through a C-section operation at the Pingtung Christian Hospital on Saturday (May 7), another COVID-positive woman in Yilan County gave birth via C-section at the Lotung Pohai Hospital on Sunday (May 8).

ETtoday reported that the Pingtung Christian Hospital assembled a team of nearly 20 doctors from its obstetrics and gynecology, pediatrics, and anesthesiology departments, as well as its operation room and COVID-19 ward staff for the operation. The unnamed mother is 25 years old and had been 36 weeks and six days pregnant.

On Thursday (May 5), she received a positive PCR test result after a prenatal checkup. Though she did not experience any COVID-related symptoms, she had preeclampsia. The medical team decided to conduct a C-section to deliver the baby as a study has shown that COVID may increase preeclampsia risks.

According to ETtoday, the surgery lasted for around an hour and the baby boy tested negative for COVID upon being delivered. The mother-son pair are now together in an isolation ward and attended by a newborn care team.

Meanwhile, CNA reported that after a married couple tested positive in Yilan County, the 38-week pregnant wife decided to change her plan and deliver her baby surgically to ensure the baby’s health and safety. The Lotung Pohai Hospital formed a team of over 10 people from its obstetrics and gynecology, anesthesiology, and infectious disease departments as well as its operation room staff for the operation.

After an hour-long surgery, the baby boy was delivered safely at 3:47 p.m. and is now in a newborn isolation ward for monitoring and pediatric care. Chen Ta (陳達), obstetrics and gynecology doctor at the hospital, was cited as saying that since the COVID virus targets the respiratory system, infected women who are over 36-weeks pregnant are considered high-risk patients and should deliver their babies as soon as possible to minimize health risks in both mother and baby.