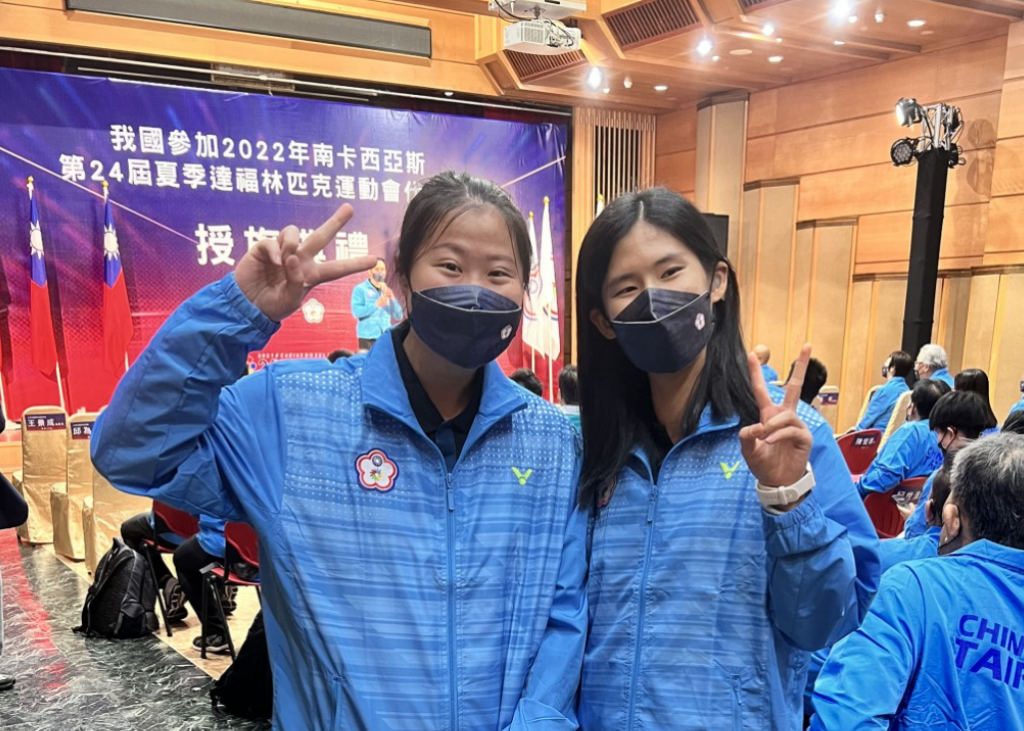 It is the second medal the Taiwan delegation has won this year, as the men’s karate team won a bronze medal on Tuesday. Taiwan's deaf badminton team lost in the semifinal against India, 1-3, and faced powerhouse South Korea, who won three straight Deaflympics between 2001 and 2009.

Although Taiwan was on the verge of a 1-2 defeat, the women's doubles and men's doubles came back with two wins (3-2) in a row to take the bronze medal.

As for the upcoming singles competition, badminton ace Shen Yan-ru (沈彥汝), who has won two women’s singles gold medals in international tournaments, is determined to duel for another medal at this quadrennial sports event.