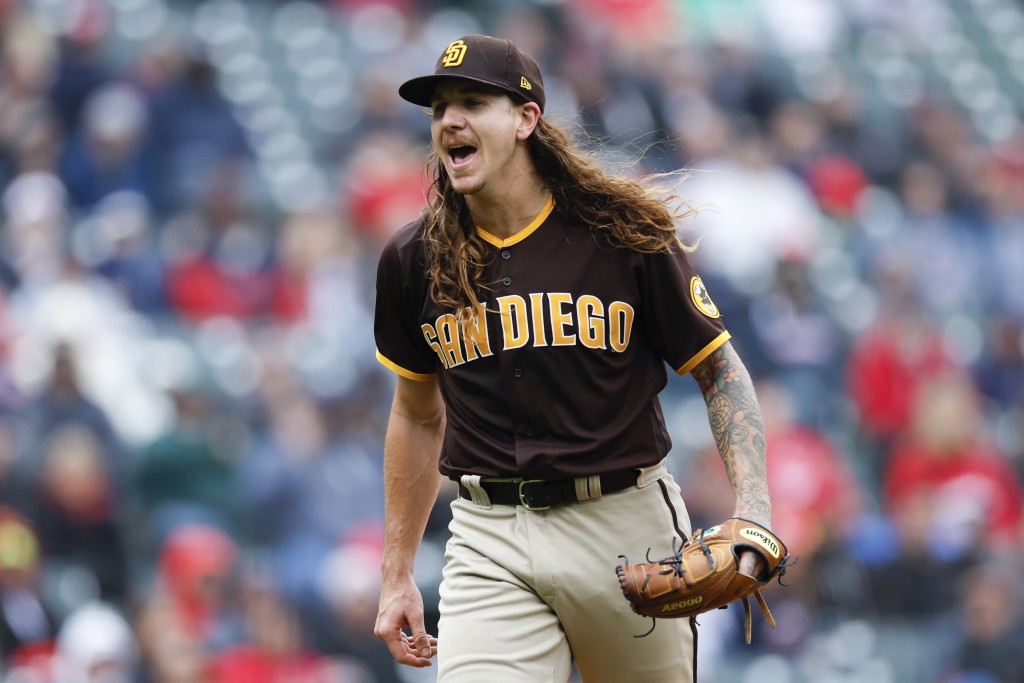 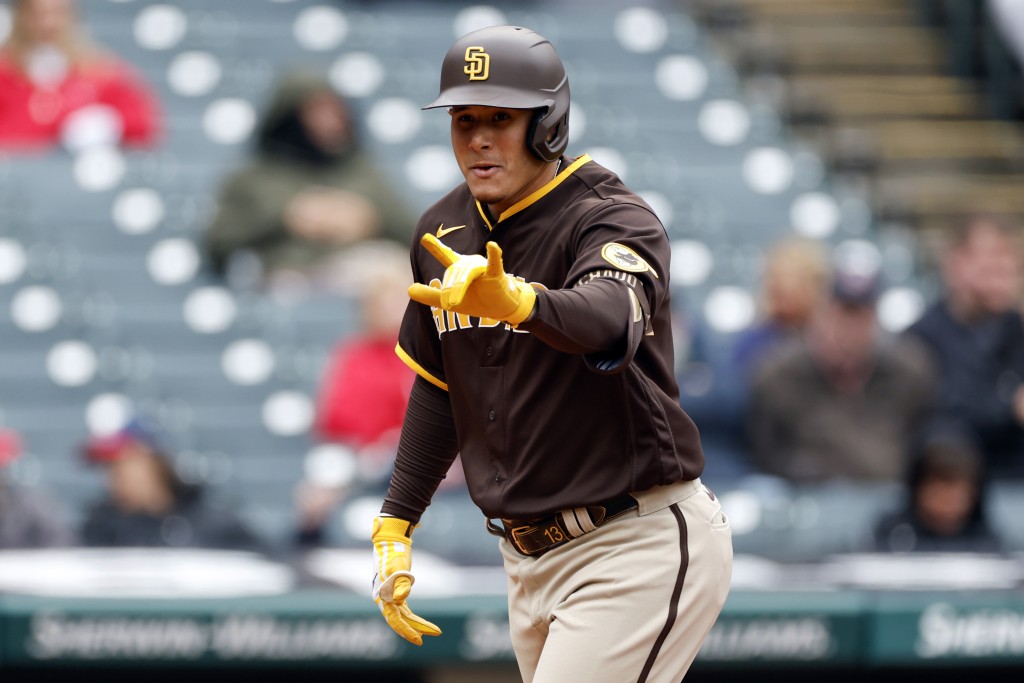 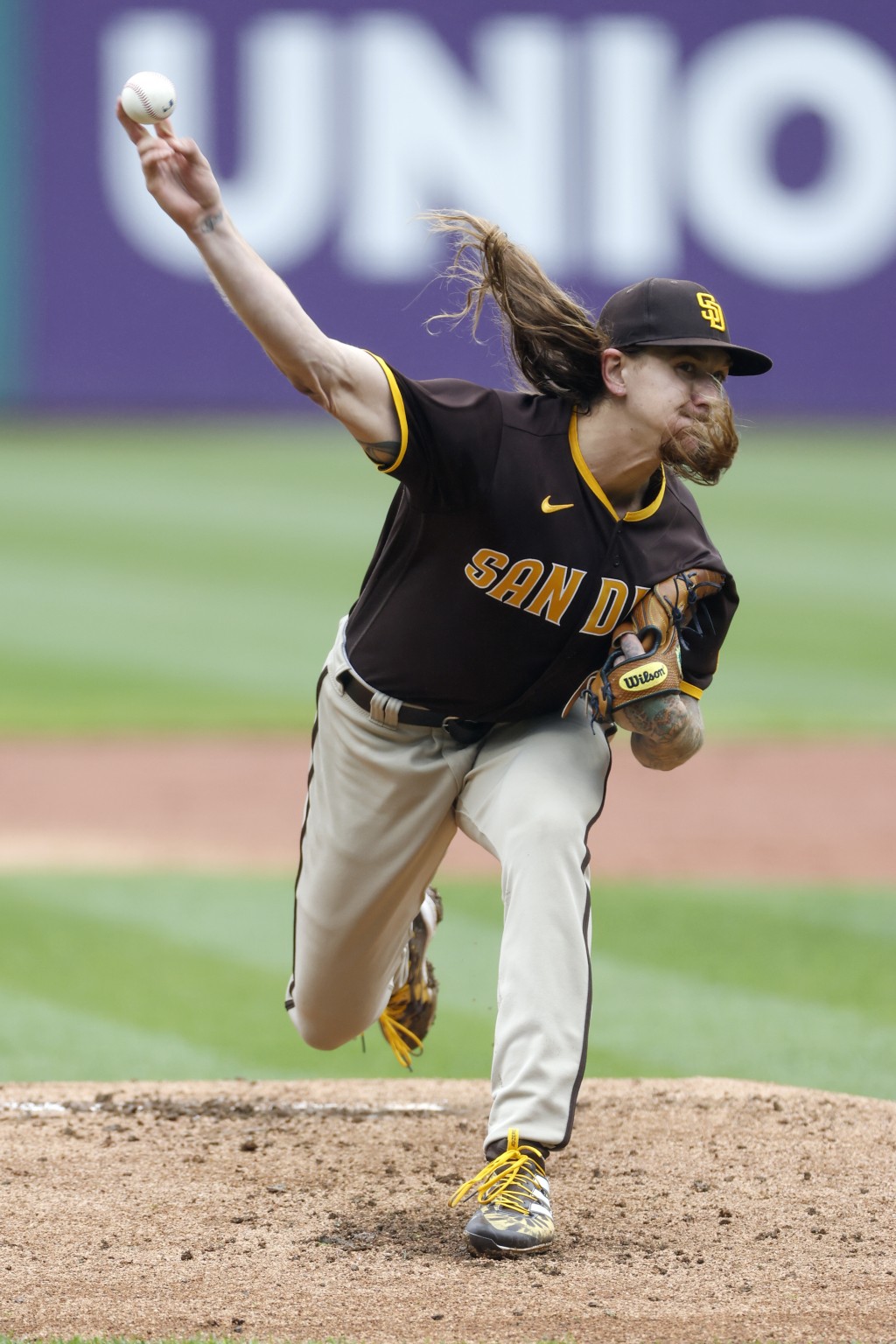 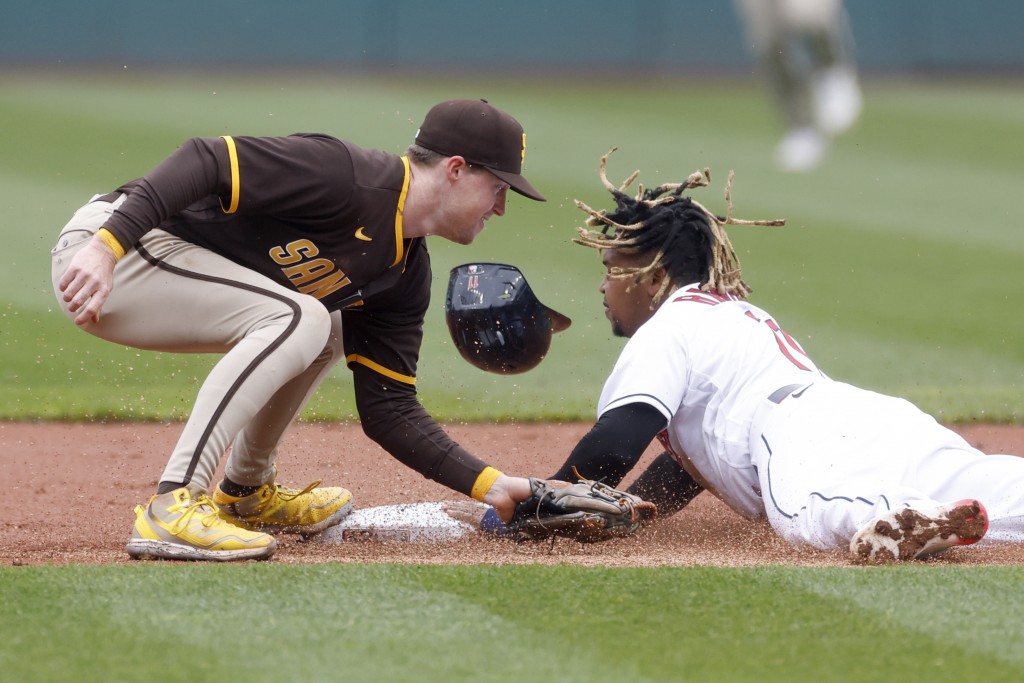 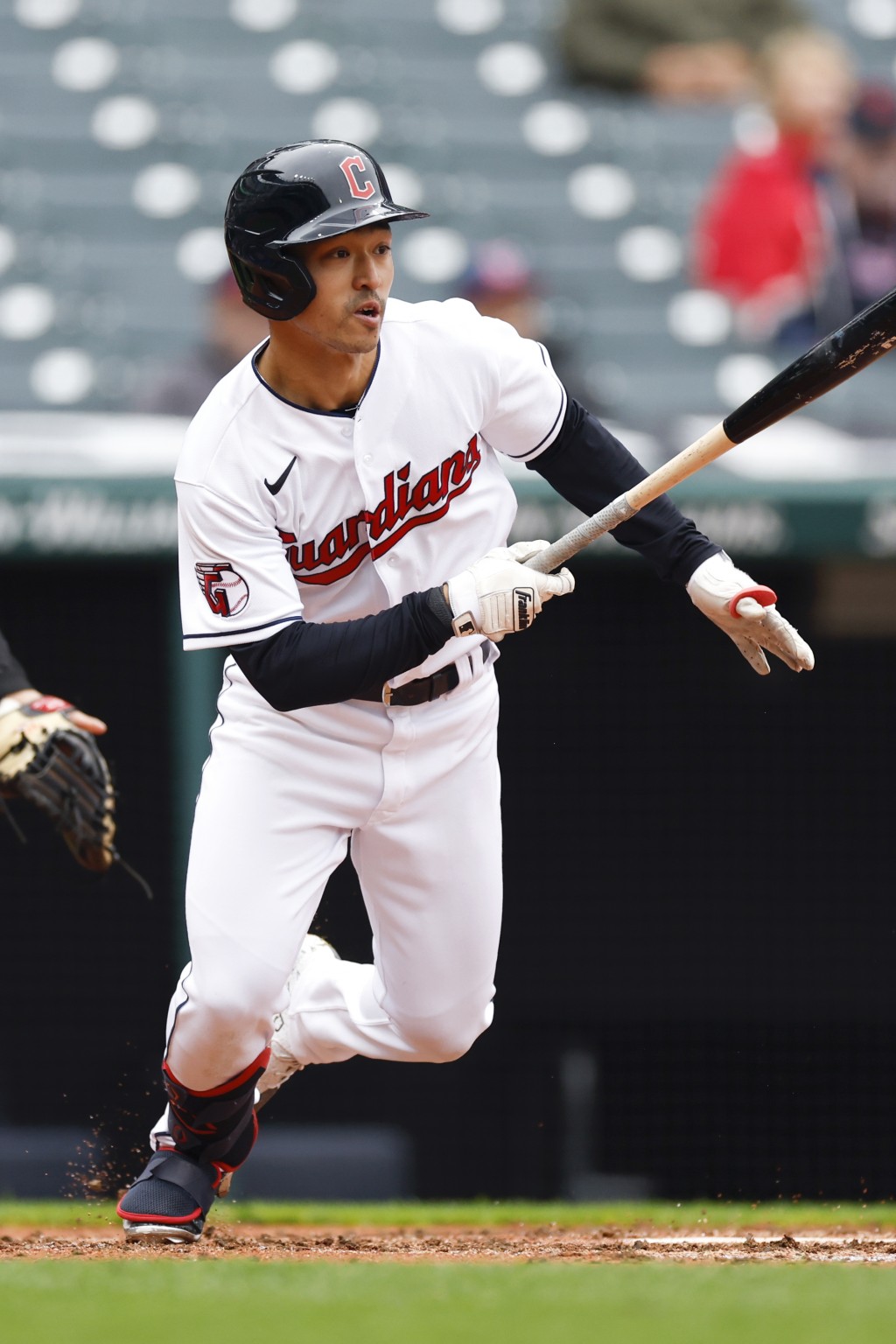 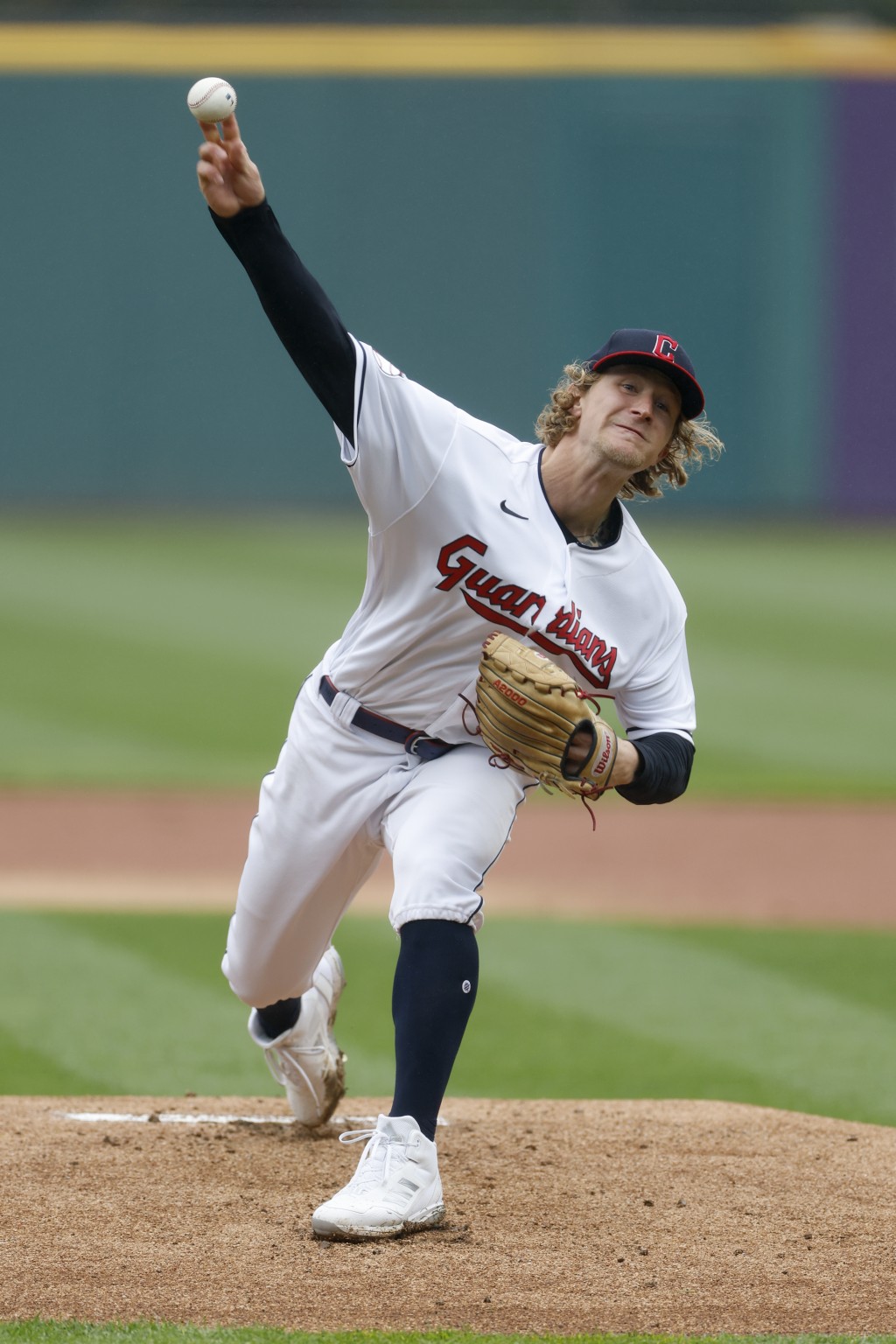 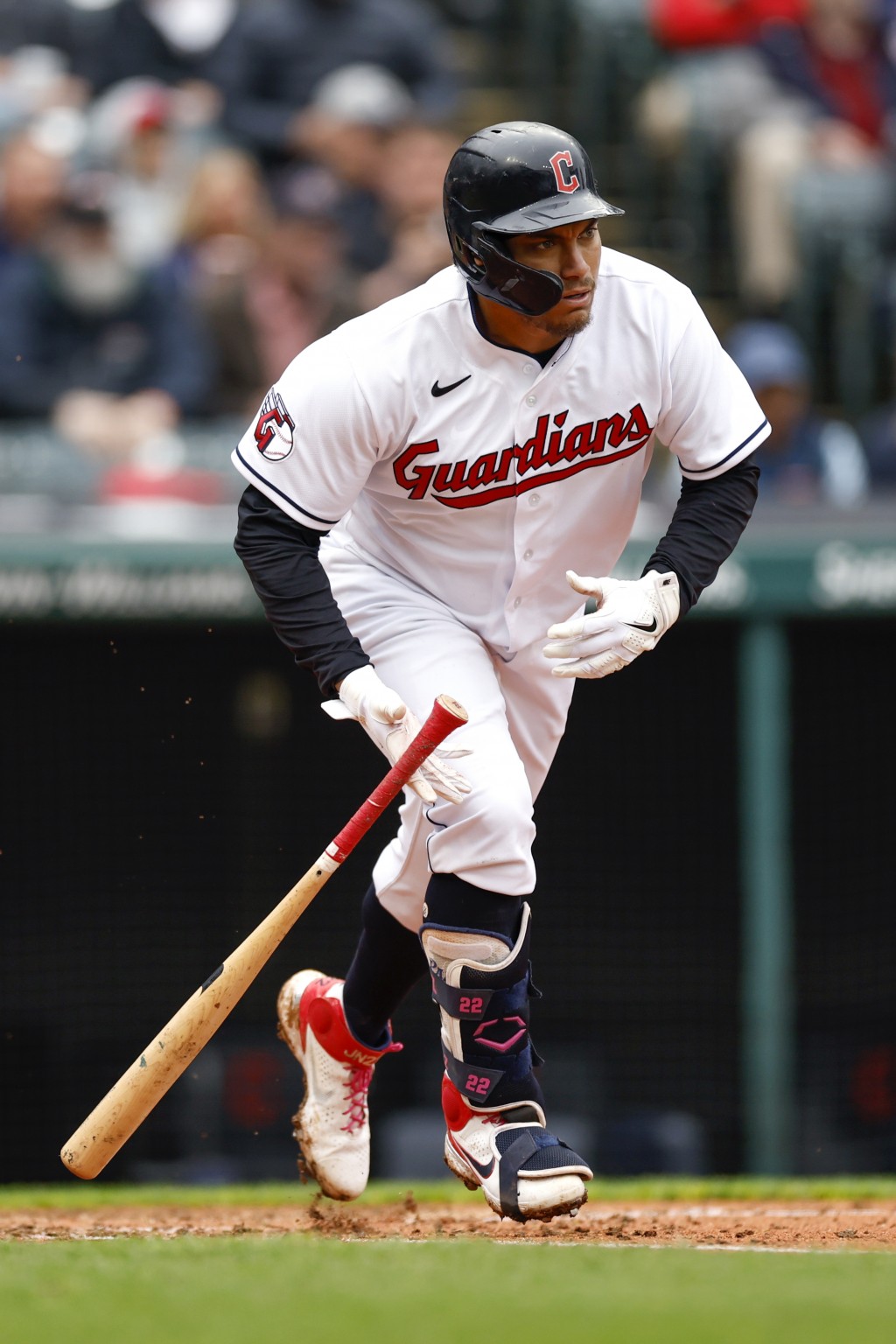 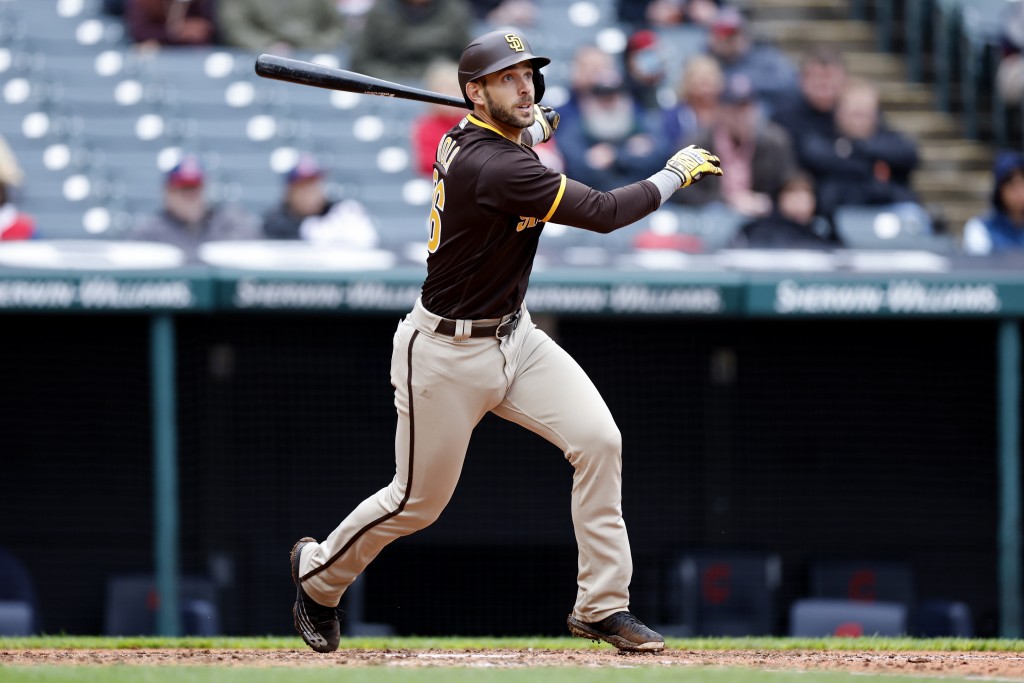 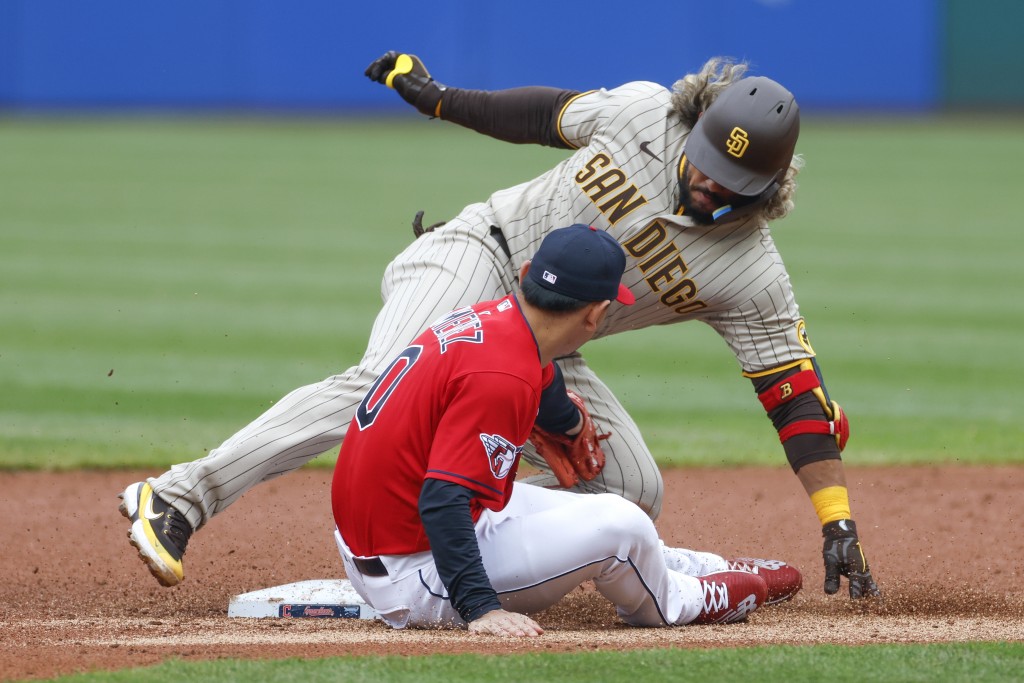 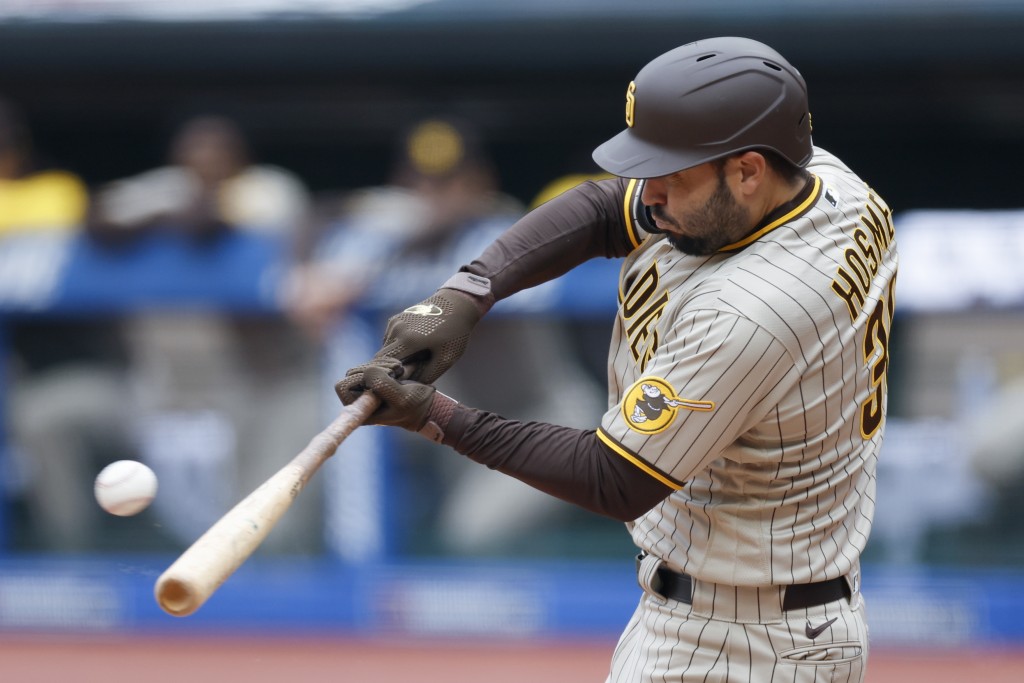 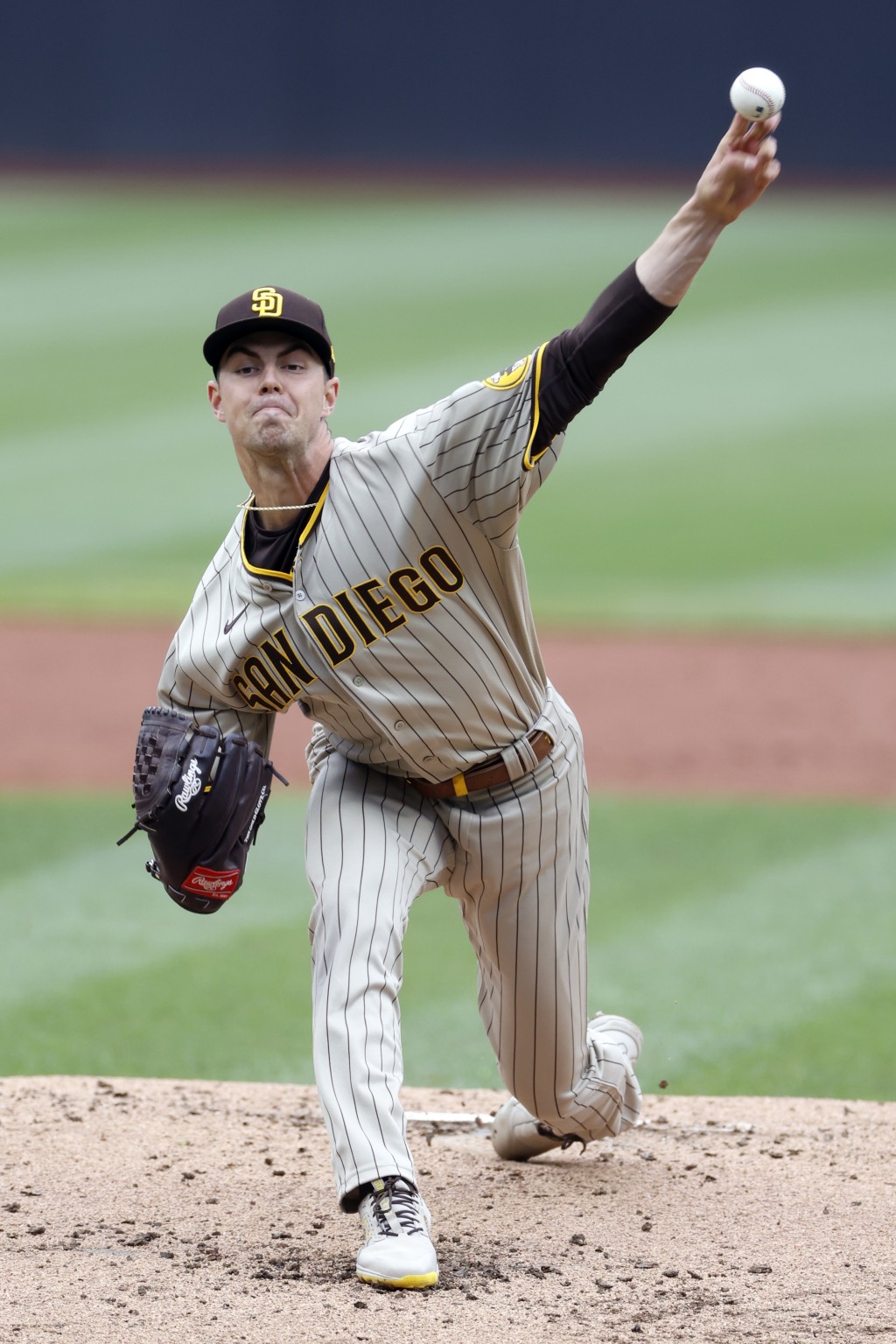 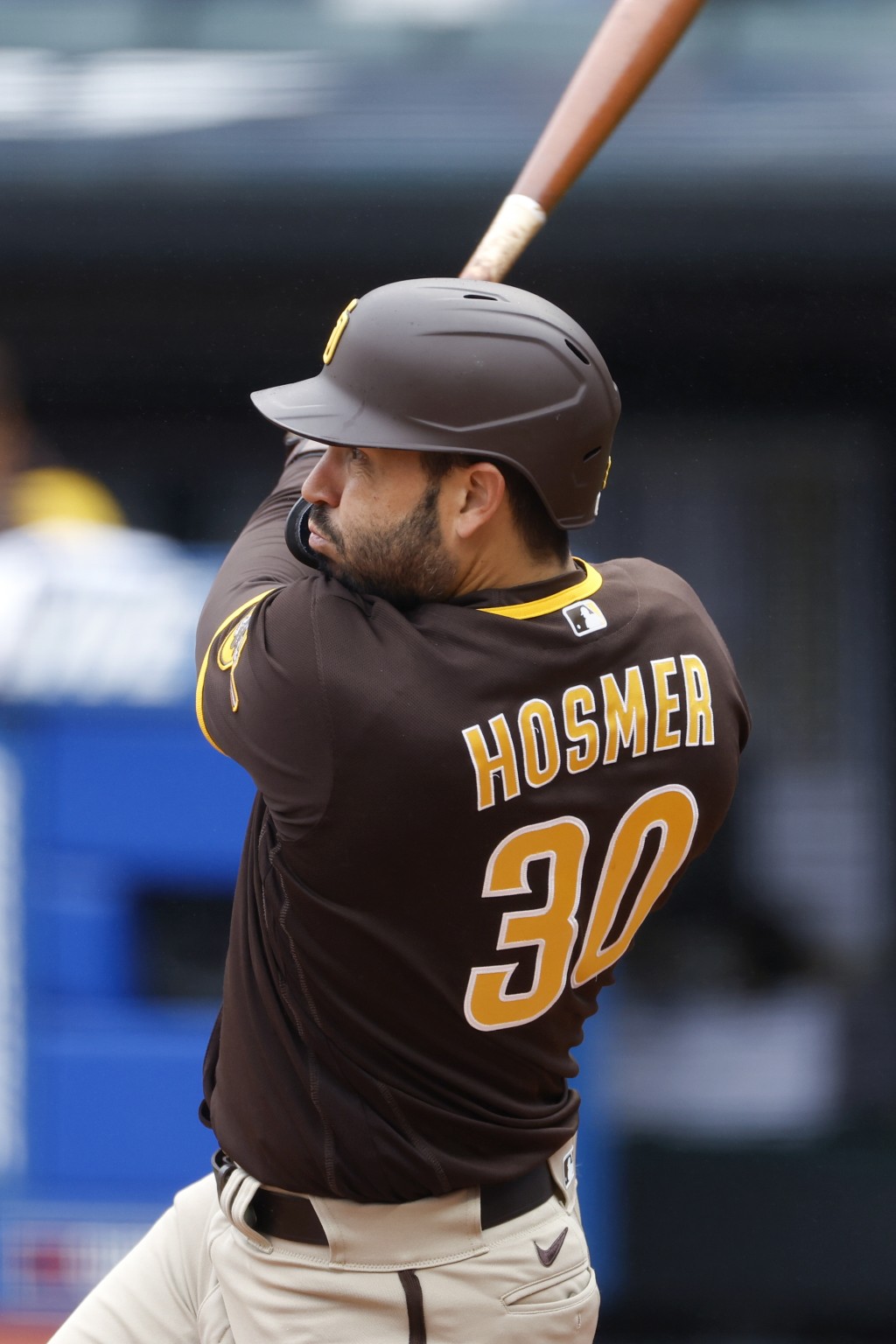 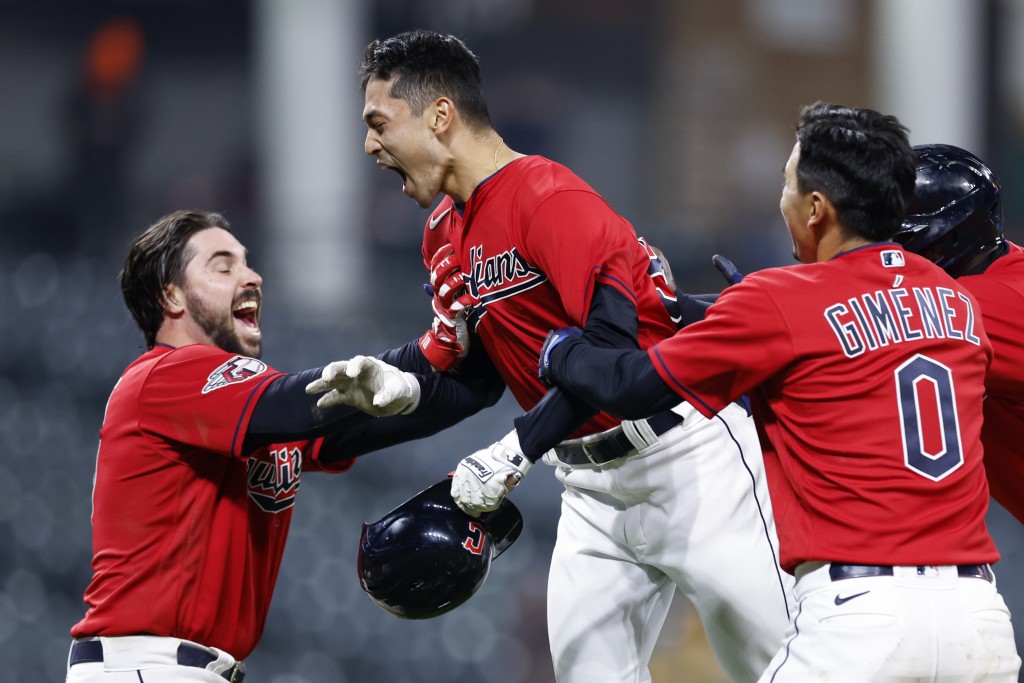 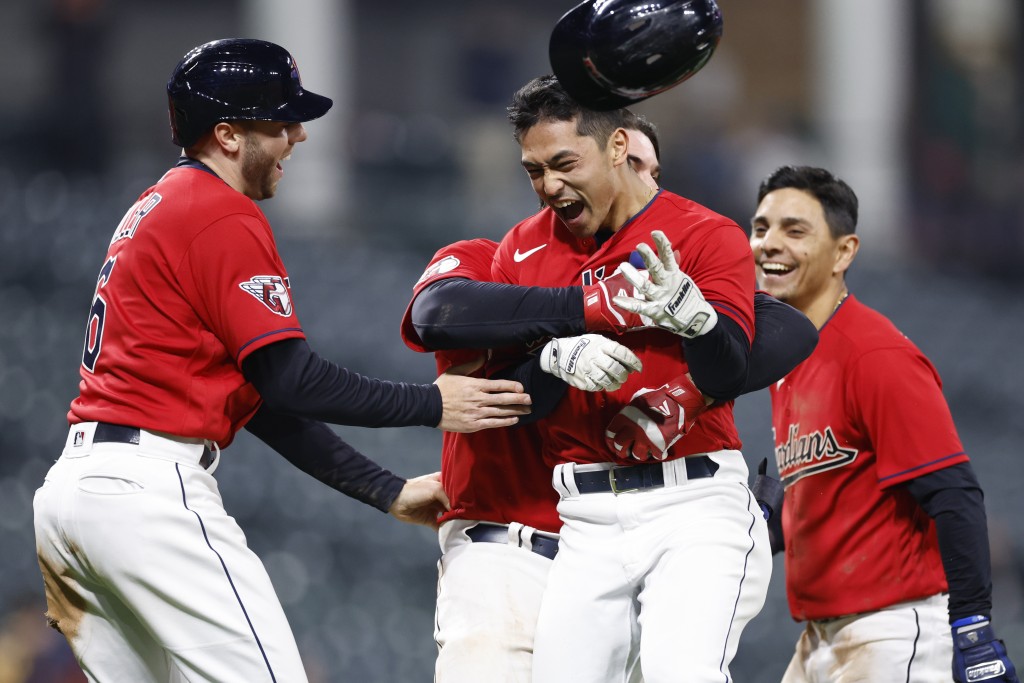 CLEVELAND (AP) — Mike Clevinger held it together as long as he could.

But after finally getting back on a major league mound following elbow surgery, a lockout, a knee sprain and a rainout that had delayed his return for San Diego, Clevinger couldn't control his emotions.

“I wasn't sure I was going to pitch again,” Clevinger said Wednesday, his voice cracking as he choked back tears. "So this is big.”

Clevinger had an impressive first start since having Tommy John surgery in 2020, and Manny Machado hit a two-run homer as the Padres edged the Cleveland Guardians 5-4 in the first game of a doubleheader.

Rookie Steven Kwan's RBI single in the 10th inning gave the Guardians a 6-5 win in the nightcap for a split.

Cleveland trailed 5-2 in the eighth inning before tying it on consecutive RBIs singles by Andrés Giménez, Austin Hedges and pinch-hitter Josh Naylor.

In the 10th, Kwan bounced a single off Dinelson Lamet (0-1) through the right side to score Owen Miller from second and give Cleveland its first walk-off win in 2022.

Once he reached first, Kwan was mobbed by swarming teammates.

“It was cool,” he said. “Instant blackout. Right when I got to first, the water hit me in the face and I don’t even know what happened. The next thing you know we’re in the line, saying good game to each other, so that was pretty cool.”

Nick Sandlin (2-1) picked up the win in Game 2, working out of a bases-loaded jam in the 10th with an inning-ending double play.

Eric Hosmer had two RBIs in Game 2 for the Padres, who went 6-2 on their road trip to Cincinnati, Pittsburgh and Cleveland.

In the opener, Machado connected in the third inning off Zach Plesac (1-3), and Austin Nola delivered a go-ahead RBI double in the sixth for the Padres.

Steven Wilson (3-0) got the win in Game 1 despite walking two in the fifth, and Taylor Rodgers pitched the ninth for his 10th save.

It was a joyous return for Clevinger, who had surgery not long after pitching in the NLDS two years ago — just months after being traded from Cleveland to San Diego. Facing his former team and Plesac, one of his closest friends, the right-hander allowed three runs and four hits.

Clevinger was just an out away from potentially getting a win before being pulled after 95 pitches by manager Bob Melvin.

The win would have been a bonus, but that hardly mattered to Clevinger, who was thankful for the chance to compete again.

"It’s been a super long road and I can’t thank the people behind me enough,” said Clevinger, standing in the hallway outside San Diego's clubhouse between games.

Clevinger, who spent four-plus seasons with Cleveland before being traded in 2020, was leading 3-1 when he walked Myles Straw with one out in the fifth. He put on José Ramírez with two down before being replaced by Wilson, who gave up a walk and Josh Naylor's tying two-run single.

Clevinger lobbied Melvin to let him finish the inning.

“I really appreciate Bob giving me a chance to go out and get it,” Clevinger said, "I’m glad he let me try to go after Josey that one last time. I knew I was going to not let him beat me.

"I was going to try to make him swing outside the zone, and the hitter he is, I wasn’t going to let him go ahead and tie the game up there, so I did what I had to do to him and it just didn’t go in my favor.”

Guardians manager Terry Francona watched Clevinger shut down teams before, so he wasn't surprised by the outing.

“I thought we made him work," Francona said. "We had a couple chances. We had him on the hook, they had someone up early. We weren’t able to cash in. His stuff’s pretty good. We expected that.”

The Padres, though, came right back and scored two in the sixth on Nola's double off Enyel De Los Santos and Jake Cronenworth's sacrifice fly.

San Diego rookie left-hander MacKenzie Gore was in line to get his third straight win before the Guardians came back against the Padres' bullpen in the second game. The No. 3 overall pick in the 2017 draft, Gore allowed one run and four hits in 5 2-3 innings.

“I'm happy for Dusty,” said Francona, who entered the day with 1,792 wins. “I think it's really cool when good things happen to good people — and he certainly qualifies on both accounts.”

Baker became the first Black manager to reach the milestone on Tuesday night when Houston Astros beat Seattle 4-0. He's the 12th manager to reach 2,000, a mark that cements his eventual enshrinement in the Hall of Fame.

Padres: 1B Luke Voit (biceps tightness) went 0 for 2 with a walk, run and strikeout in the first game of a rehab assignment at Triple-A El Paso on Tuesday. Voit could be activated from the injured list when San Diego gets home.

Guardians: INF Yu Chang continues to recover in the minors after being placed on the COVID list last month. Chang's rehab was transferred to Triple-A Columbus on Tuesday.