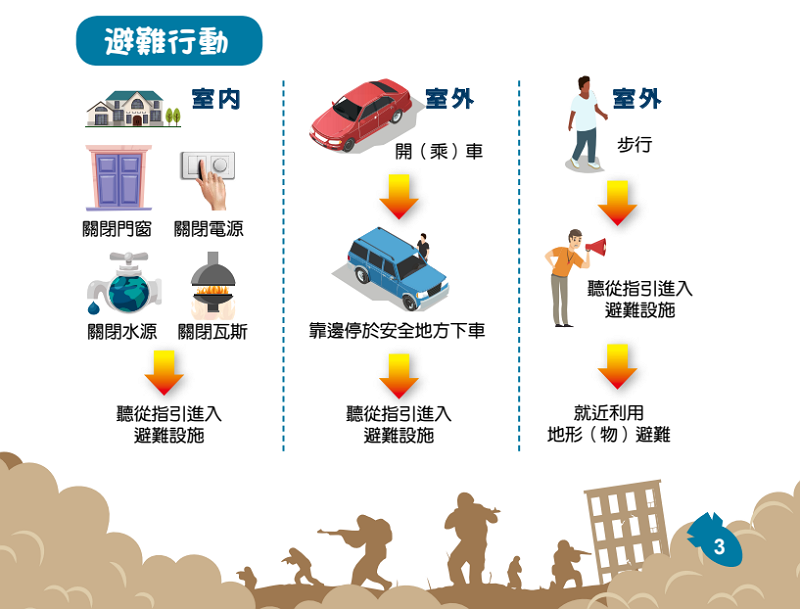 TAIPEI (Taiwan News) — A revised version of the civil defense handbook will be released by September, Taiwan’s defense ministry said on Wednesday (May 4) after the original drew fire for being “out of touch with reality.”

Last month, the military unveiled a survival guide for the first time, instructing the public about what actions to take in the event of a war scenario. The booklet contains information regarding how to find bomb shelters and food supplies as well as safety measures during air raids and other emergencies.

The handbook, however, has invited criticism over what some have described as its impracticability and being divorced from reality. Examples include asking people to report to the authorities via phone and scan QR codes to access contingency information, despite telecommunications and internet services being likely to be disrupted during a war.

The Kuomintang also questioned the brochure's usefulness, noting that it was geared more toward responding to a general disaster than when the country is under a military attack, per UDN.

Acknowledging the flaws, the defense ministry has compiled 97 comments from the public, which will be used to fix the handbook. Among the feedback are suggestions to coordinate evacuation when internet networks are down, add survival tips, and include information about distinguishing between friend and foe, CNA reported.

The Russian invasion of Ukraine has jolted Taiwan into reviewing its preparedness for a potential cross-strait conflict. The All-out Defense Mobilization unit has said the information in the pamphlet was drawn from similar guides released by Sweden and Japan.