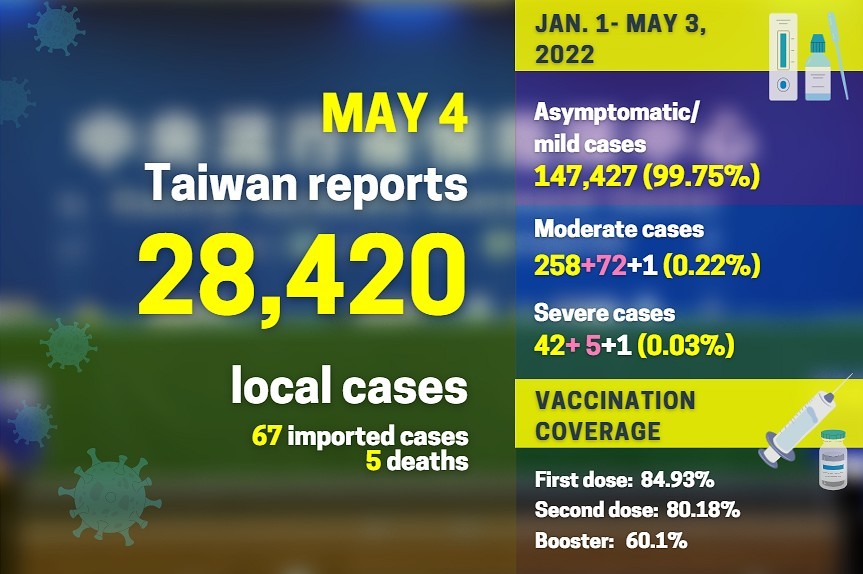 The 67 imported cases include 37 males and 30 females ranging in age from under five to their 80s. Their dates of entry ranged from March 8 to May 3.

Up until now, 881 individuals have succumbed to the disease. Of the 866 deaths from local infections, 420 were in New Taipei; 327 in Taipei; 34 in Keelung; 32 in Taoyuan; 15 in Changhua County; 13 in Hsinchu County; five in Taichung; four each in Hualien and Yilan counties; three each in Miaoli and Pingtung counties; and one each in Hsinchu City, Nantou County, Yunlin County, Tainan City, Kaohsiung City, and Taitung County. The 15 other deaths were imported cases.