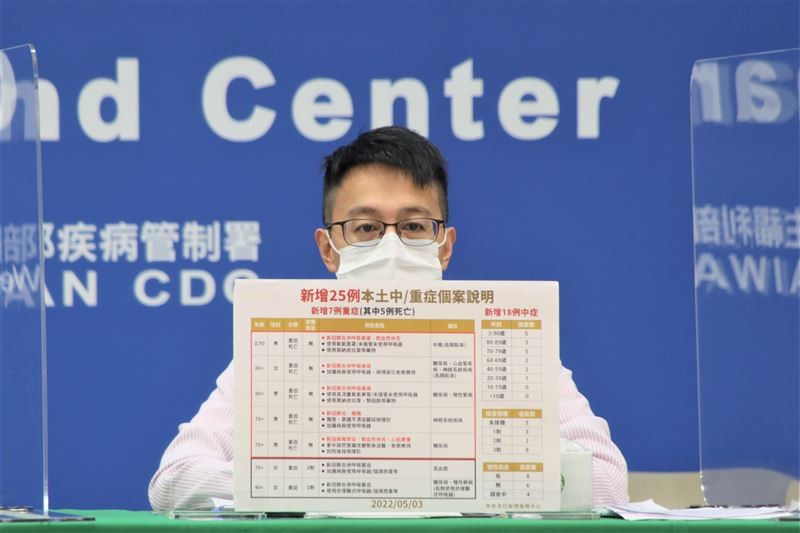 TAIPEI (Taiwan News) — Amid the new wave of COVID cases caused by the Omicron variant in Taiwan, 50% of deaths occurred in people who were not vaccinated against the virus.

During a press conference on Tuesday (May 3), Central Epidemic Command Center (CECC) head Chen Shih-chung (陳時中) announced 23,102 local COVID cases and five deaths. This was the highest single-day death count since the start of the surge in Omicron cases in April.

Philip Lo (羅一鈞), deputy head of the CECC’s medical response division, said that none of the five COVID cases who died that day had been vaccinated. He said that of the 23 most recent deaths that have occurred this year, 12 were unvaccinated, representing 52% of deaths from the variant.

In addition, four cases, or 17%, had only received one dose. Five cases had received two jabs, equating to 22% of the deaths.

In total, 16, or 69%, had not been vaccinated at all or only received one dose. Only two people, or 9% of recent deaths, had received all three COVID vaccine doses.

Lo called on the public, particularly senior citizens, to be sure to get vaccinated as soon as possible to reduce the risk of severe symptoms and death.