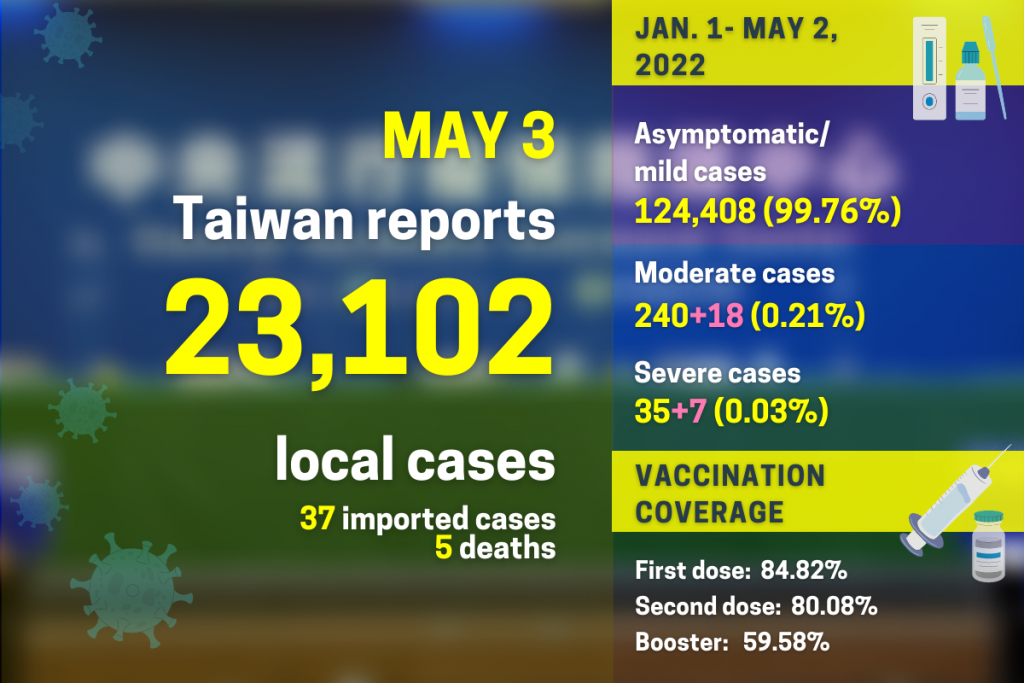 TAIPEI (Taiwan News) — The Central Epidemic Command Center (CECC) announced 23,102 local COVID cases on Tuesday (May 3), a 29% increase from the previous day and breaking the 20,000 mark for the first time.

The 37 imported cases include 20 males, 16 females, and one case under investigation. Their dates of entry ranged from March 5 to May 2.

Up until now, 876 individuals have succumbed to the disease. Of the 861 deaths from local infections, 418 were in New Taipei; 326 in Taipei; 34 in Keelung; 30 in Taoyuan; 15 in Changhua County; 13 in Hsinchu County; five in Taichung; four each in Hualien and Yilan counties; three each in Miaoli and Pingtung counties; and one each in Hsinchu City, Nantou County, Yunlin County, Tainan City, Kaohsiung City, and Taitung County. The 15 other deaths were imported cases.