On Monday (May 2), Zhongsheng Borough Chief Tsui Mei-ying (崔美瑛) shared on Facebook that the owners had brought two female cats to a veterinarian for pyometra and fetal deaths over the past two years. The veterinarian, alerted by the pattern and believing there were more cats at the owners’ home, asked a trap-neuter-return (TNR) volunteer named Yeh Yu-fen (葉玉芬) to check the household.

However, the owners — a mother-daughter pair — were not cooperative when Tsui and the volunteer approached them. They were cited as saying there were only seven cats and that they would get them fixed one by one.

Unconvinced by their claims, Tsui contacted the borough chief, Wang Chen-yu (王震宇), who discovered after an investigation that the owners were planning to move in May due to an expiring lease. Tsui and Wang thus decided to take action, gathering a team consisting of Taoyuan Animal Protection Office staff members, volunteers, and police officers to confront the owners on Sunday (May 1).

Despite the crowd that had gathered outside their apartment, the owners remained uncooperative and refused to let the authorities in. The owners “kept lying” about the number of cats they actually had, according to Tsui. 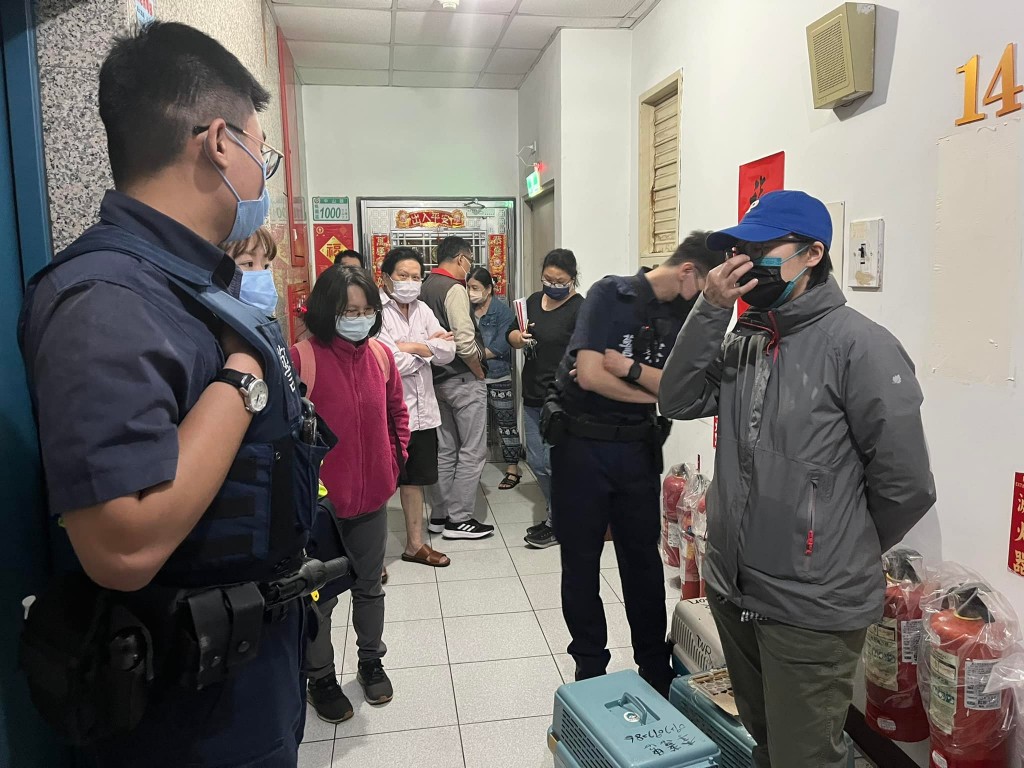 The team was prevented from entering the apartment to rescue cats from a hoarding situation. (Facebook, Tsui Mei-ying photo)

She wrote that when she saw through the crack of the door a kitten so young that it wobbled as it walked, she began crying and told the Animal Protection Office Commissioner Wang Te-chi (王德吉) that they must raid the apartment for a thorough investigation and to obtain every cat.

In a video captured during the raid, an elderly woman could be seen arguing with the authorities and repeating that her daughter was the one who kept the cats and that there had been only two originally. When asked to open a door to a bedroom so police could check whether there were cats inside, she asked, “Is it really that serious?”

“I really felt the need for an animal protection police force yesterday,” wrote Tsui, who thanked the Long'an Police Station for sending officers to the scene. “Even after a night’s sleep, I still felt as though my nose was filled with the odor of feces.”

The team was at the apartment from 2-7 p.m., capturing a total of 47 cats, according to Tsui; they were all young, ranging from under a year to three years old. Only five were spayed or neutered before official intervention, including two that received treatment at a veterinarian's clinic and two that Yeh had helped fix.

Tsui wrote that as of Tuesday (May 3), 18 males and 18 females had been spayed and neutered, and 30 fetuses were aborted. A female cat has been suffering from epilepsy due to inbreeding. Meanwhile, the Animal Protection Office has agreed to find foster homes for the cats, as only by reducing the number of cats under the owners’ care can she begin to learn how to properly care for them. 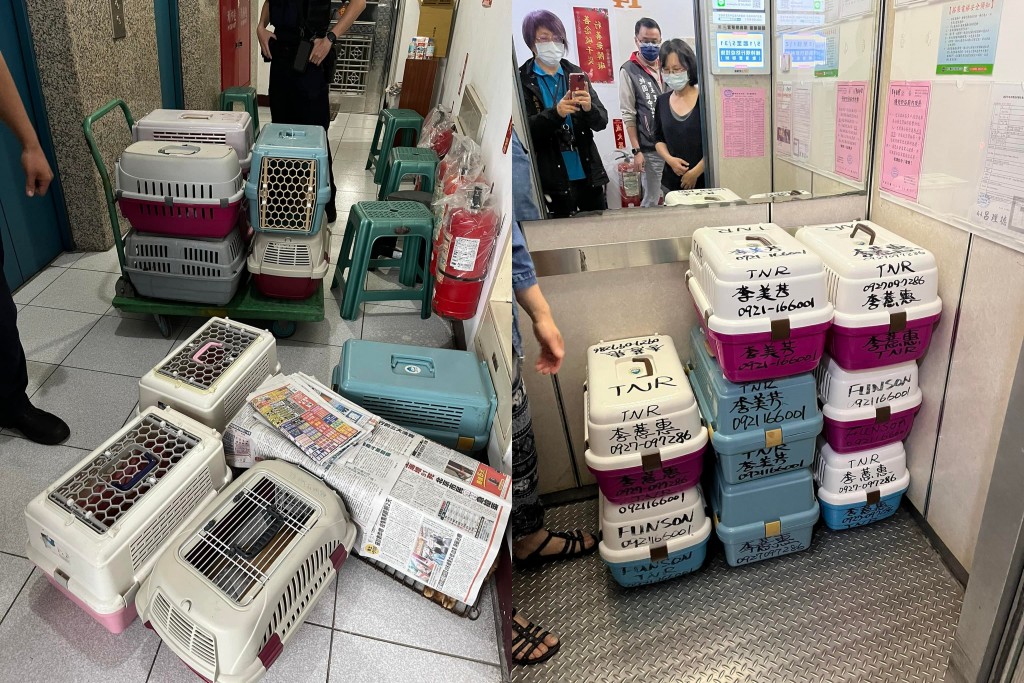 Tsui wrote that there were so many cats that the team ran out of carriers. (Facebook, Tsui Mei-ying photo) 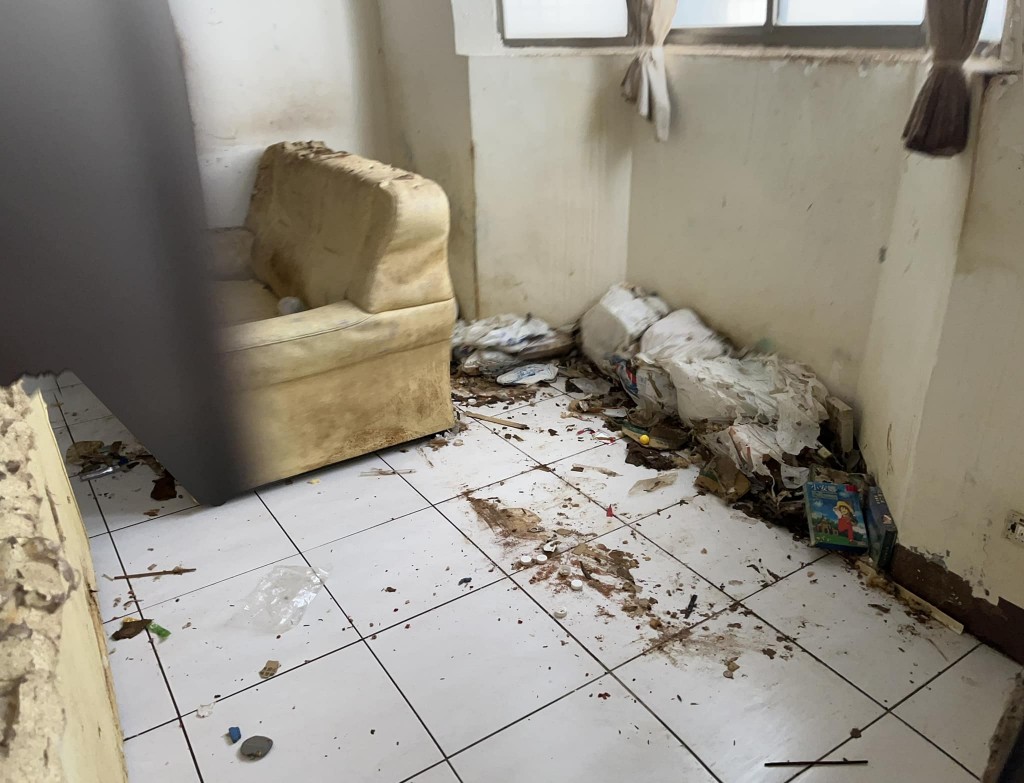 There were no litter boxes in the small apartment. (Facebook, Tsui Mei-ying photo)