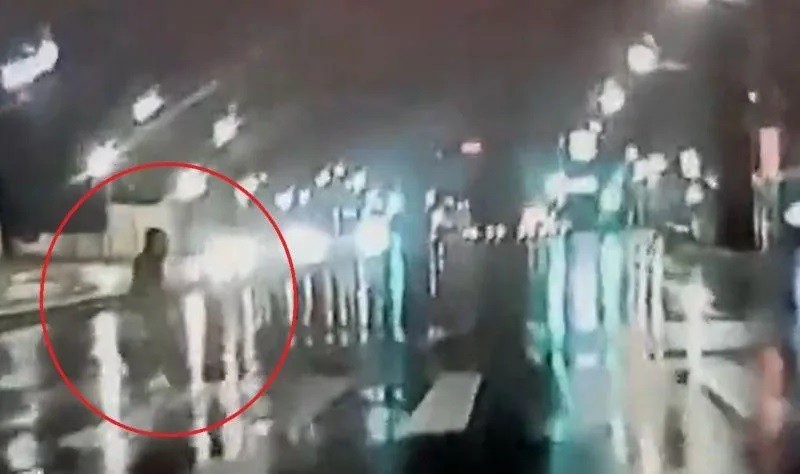 TAIPEI (Taiwan News) — A Taipei man died early Sunday morning (May 2) after he was struck by four cars while trying to cross a street in Wanhua District.

At 3 a.m. on Sunday, a 41-year-old man surnamed Chuang (莊) attempted to cross Zhongxiao West Road at the intersection with Xining Road via a crosswalk, but the light turned red before he had made it halfway across. Chuang tried to run to the other side but was suddenly struck by a taxi driven by a 57-year-old man surnamed Ting (丁) who was heading east after having just traversed Zhongxiao Bridge.

Chuang was knocked to the ground by the accident, and Ting immediately pulled over to the right side of the street. Ting told police that he could see that the light had been green through the rain but had not spotted Chuang in time. 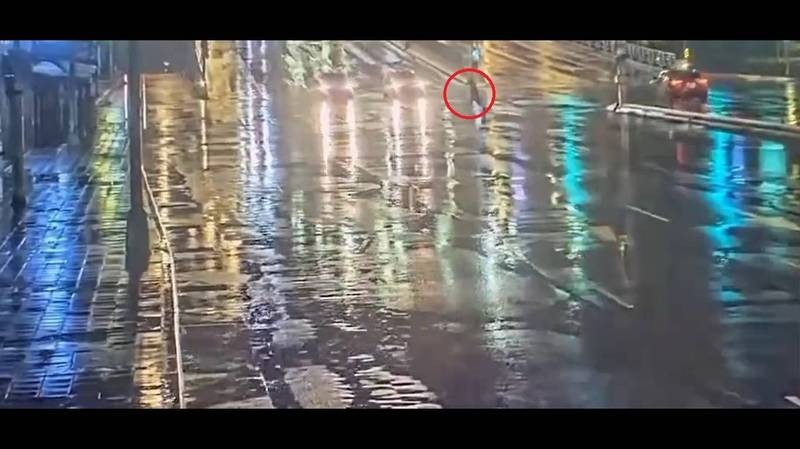 A white car immediately ran over Chuang and kept driving, according to the Wanhua Precinct of the Taipei City Police Department. A third car, driven by a 45-year-old man surnamed Tsai (蔡), also ran over Chuang but this time pulled over to the side of the road.

In an attempt to protect Chuang from further injury, Ting ran out of his taxi and tried to warn an oncoming truck that the man was lying on the road. However, the truck, driven by a 41-year-old man surnamed Tung (董), did not stop, and Ting had to leap out of the way to avoid injury, and ran over Chuang.

When paramedics arrived at the scene, they found that Chuang had suffered extensive injuries to his legs and head and performed CPR on him. He was rushed to National Taiwan University Hospital, where he was declared dead at 4:39 a.m., reported NOWNews. 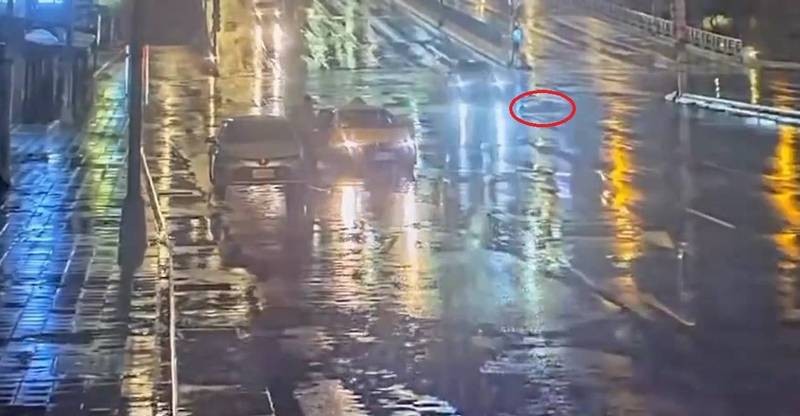 Chuang lies on the ground after being struck by two vehicles. (Taipei City Police Department photo)

Police were able to track down all four drivers involved. After breathalyzers were administered, none were found to have an illegal level of alcohol in their bloodstream.

After undergoing questioning, the drivers were transferred to the District Prosecutor's Office to be investigated for negligent homicide. Police said that the rainy weather and low lighting had led to poor visibility and that the excessive speed of the vehicles did not afford them sufficient time to avoid Chuang.

Police called on motorists to drive more slowly and maintain a greater distance between vehicles when driving in such conditions. 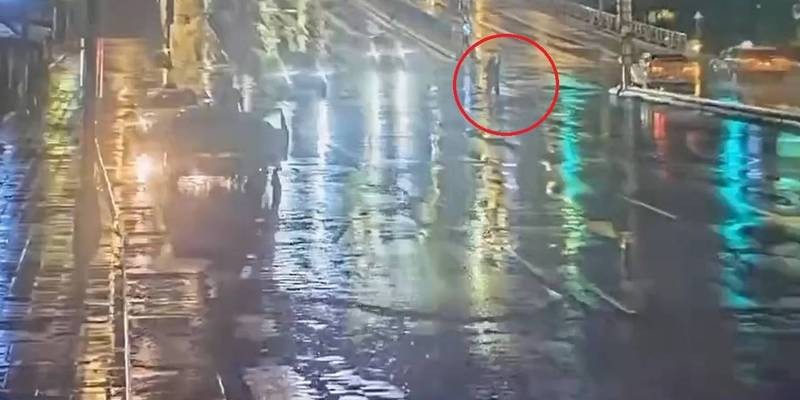 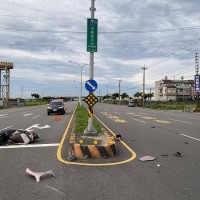