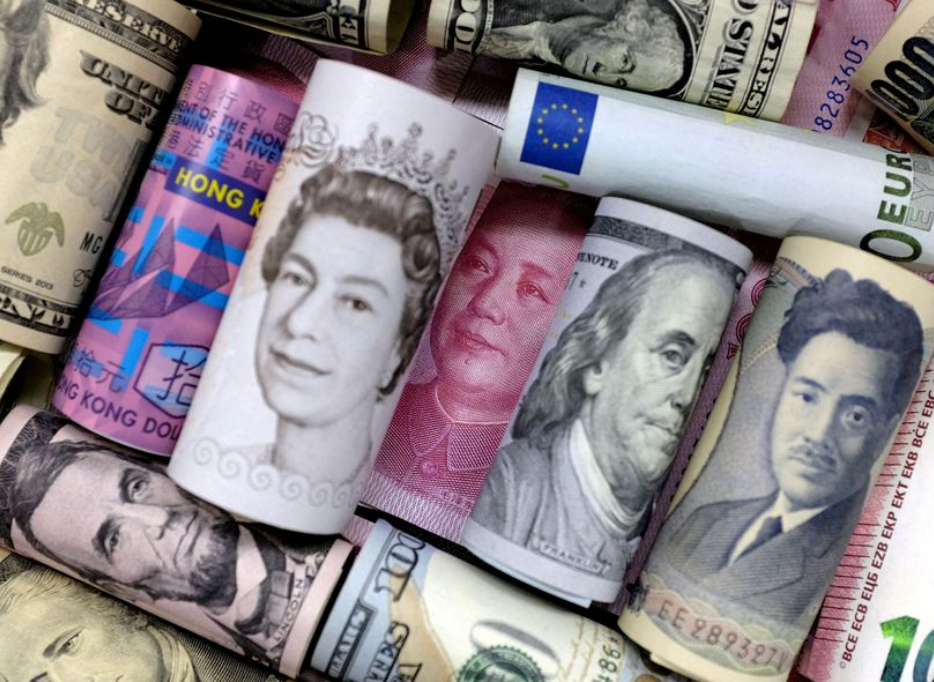 NEW YORK, May 2 (Reuters) - The dollar held just below a 20-year high against a basket of currencies on Monday before an expected Federal Reserve rate hike this week, with traders focused on the potential for the U.S. central bank to adopt an even more hawkish tone than many expect.

The Fed has taken an increasingly aggressive approach to monetary policy as it tackles inflation that is soaring at its fastest pace in 40 years. It is expected to hike rates by 50 basis points and announce plans to reduce its $9 trillion balance sheet when it concludes its two-day meeting on Wednesday.

Though the chances are seen as low, some investors are watching for the possibility of a 75 basis point hike, or a faster pace of balance sheet reduction than currently expected.

“A lot of traders are anticipating that the Fed’s not going to back down from this hawkish stance and you could still see some hawkish surprises, and that’s why the dollar is likely to hold on to its gains heading into the meeting,” said Edward Moya, a senior analyst with OANDA in New York.

Comments by Fed Chairman Jerome Powell at the conclusion of the meeting will also be scrutinized for any new indications on whether the Fed will continue to hike rates to battle rising price pressures even if the economy weakens.

U.S. factory activity grew at its slowest pace in more than a year and a half in April amid a rise in workers quitting their jobs, and manufacturers are becoming more anxious about supply. read more

It has suffered from concerns about inflation, growth and energy insecurity as a result of sanctions imposed on Russia after its invasion of Ukraine.

Global growth concerns have also boosted demand for the greenback as China shuts down cities in an attempt to stem the spread of COVID-19. Authorities in Shanghai on Monday reported 58 new cases outside areas under strict lockdown, while Beijing pressed on with testing millions of people. read more

China's factory activity contracted at a steeper pace in April as the lockdowns halted industrial production and disrupted supply chains, raising fears of a sharp economic slowdown in the second quarter that will weigh on global growth. read more

The Japanese yen held just above 20-year lows reached against the dollar on Thursday, when the Bank of Japan strengthened its commitment to keep interest rates ultra-low by vowing to buy unlimited amounts of bonds daily to defend its yield target. read more