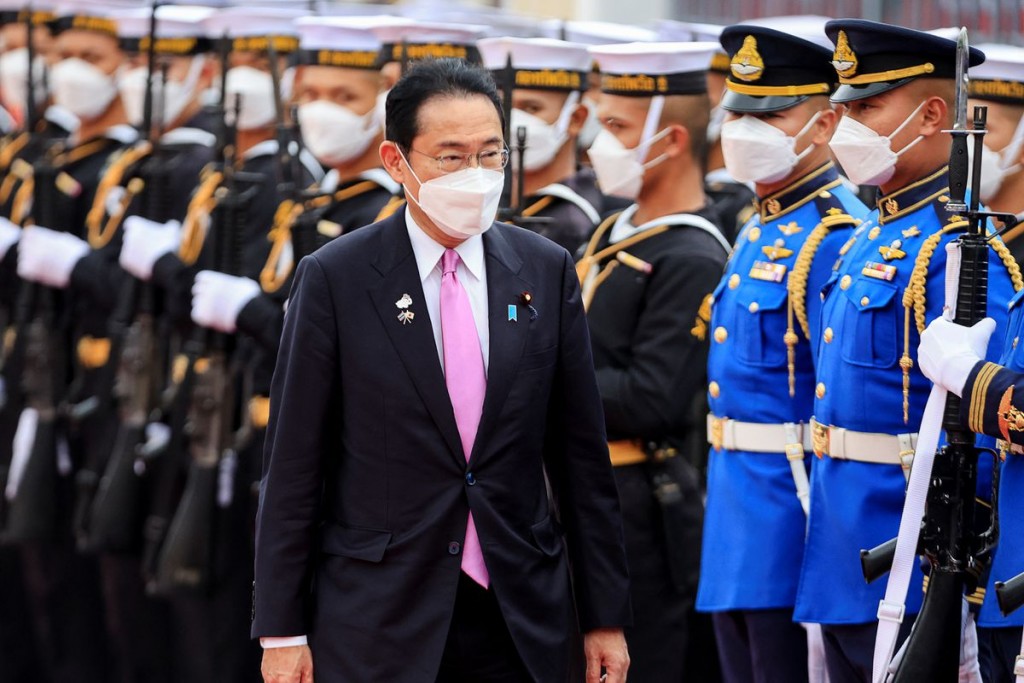 Japan is expected to announce a new defence agreement among several deals with Thailand on Monday during a visit by Prime Minister Fumio Kishida, the last leg of his three-nation tour of Southeast Asia.

The agreement, details of which have yet to be disclosed, would facilitate transfers of defence hardware and technology from Japan to Thailand, which has one of the region's biggest and most equipped militaries.

Southeast Asia has for decades been a strategic region for Japan, hosting some of the biggest names in industry, from infrastructure, engineering and industrial zones to the manufacturing of vehicles and electronics.

Kishida was due to meet Thai counterpart Prayuth Chan-ocha late afternoon on Monday, before drawing the curtain on a short tour that saw stops in Vietnam and Indonesia, where Japan is a also a major investor.

Shikata said Kishida would discuss with Prayuth the position of Southeast Asian countries on the conflict in Ukraine and express Japan's support for the region's efforts to address the crisis in Myanmar following a coup last year.