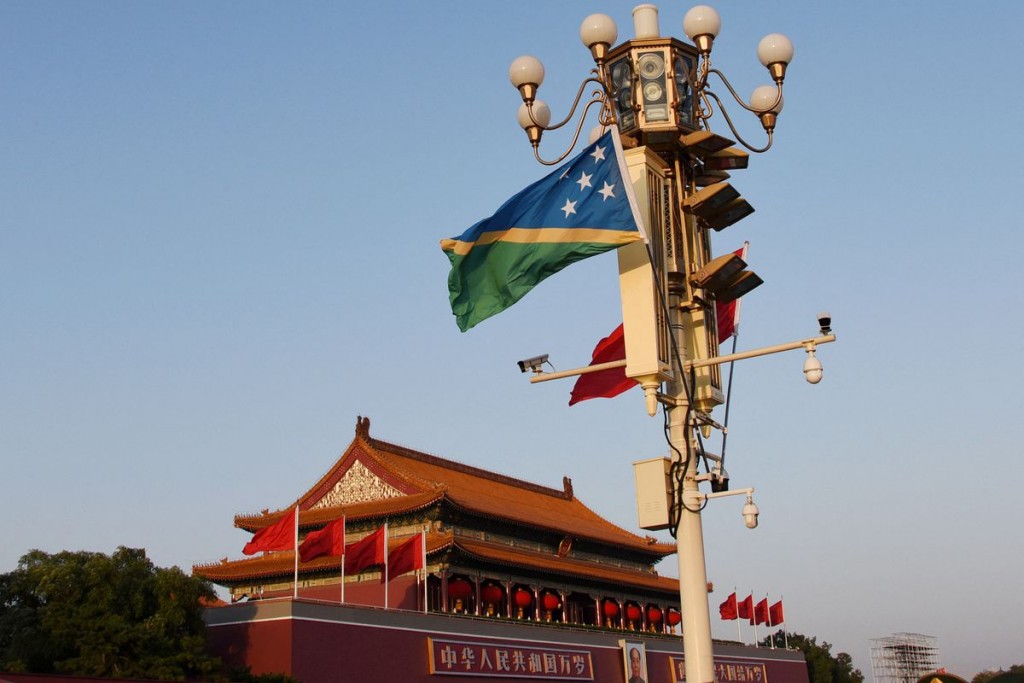 China's police presence under a new security pact will boost the capabilities of the Solomon Islands but they will not use techniques seen in Hong Kong, the Pacific island country's top diplomat to Australia said in a radio interview on Monday.

Already on guard about the pact because of concerns it gives China's military a strategic foothold in the Pacific, Western allies are also worried that Chinese police sent there may use the same "ruthless" techniques previously used to quell anti-government protests in Hong Kong.

The Solomon Islands is "beefing up their capability" after local police were unable to contain anti-government riots in the Chinatown section of the capital Honiara in November, Solomon Islands High Commissioner to Australia Robert Sisilo told ABC Radio.

Under the pact, Chinese military police could be called on but will operate under the command of the Royal Solomon Islands Police Force just like Australian police that have deployed there, he said.

"We will try and do our best in terms of dealing with them to make sure that what is happening in other countries where, like Hong Kong, doesn't happen in our country," he said.

While details of the security pact haven't been disclosed, Solomon Islands Prime Minister Manesseh Sogavare has ruled out a Chinese military base and said it covers policing because an agreement with traditional partner Australia was "inadequate".

"We are not seeking to move away from Australia but seeking more cooperation with China," Sisilo said.

Unemployment was a factor in the November riots, he said. Canberra could "further advance our relations" by providing more work visas and permanent residency permits.

Australia had granted 3,000 visas to Solomon Island citizens under a labor scheme that allows Pacific islanders to work in rural areas.

"If only the scheme could be extended to the whole of Australia's metropolitan cities ... where the demand for plumbers, bricklayers, caregivers, domestic servants ... is huge," he said.

The Solomon Islands has a population of around 700,000 and relies on foreign aid from Australia, and increasingly China, to bolster its economy.