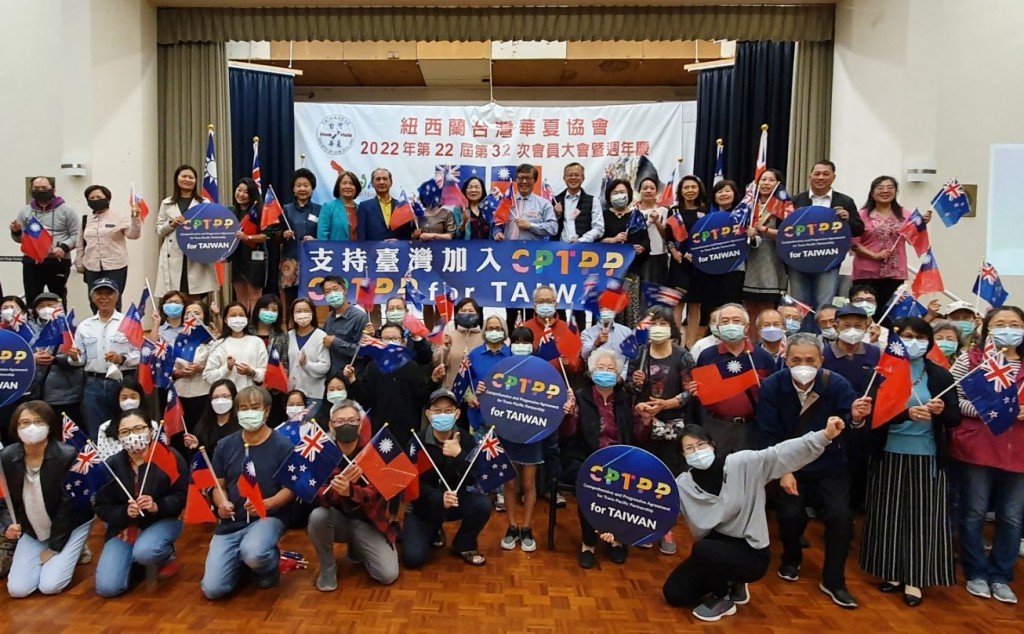 HHSNZ Chair Chen Cong-wei (陳琮崴) called on the global community to back Taiwan in its efforts to join the CPTPP.

Director of the Taipei Economic and Cultural Office (TECO) in Auckland, Chen Yung-shao (陳詠韶), said in a speech that in addition to being known for advocating democracy, freedom, and human rights, Taiwan also has a resilient economy that grew during the pandemic.

Chen Yung-shao mentioned that Taiwan's economy grew by 6.45% last year, its highest rate in 11 years. She added that exports in March this year reached US$43.5 billion (NT$12.84 trillion), with an annual growth rate of 21.3%.

Auckland City Councilor Efeso Collins also expressed support for Taiwan’s inclusion in the regional trade agreement. He also mentioned that Taiwan’s Indigenous community has an inseparable blood relationship with South Pacific Islanders and that he was honored to be able to attend the event.

Taiwan’s foreign ministry previously stated in a budget report that the country will push for inclusion in the trade bloc as this would drive long-term economic growth while fostering peace and stability in the region. Admission of an additional member to the free trade zone must be agreed upon by all the signatories.