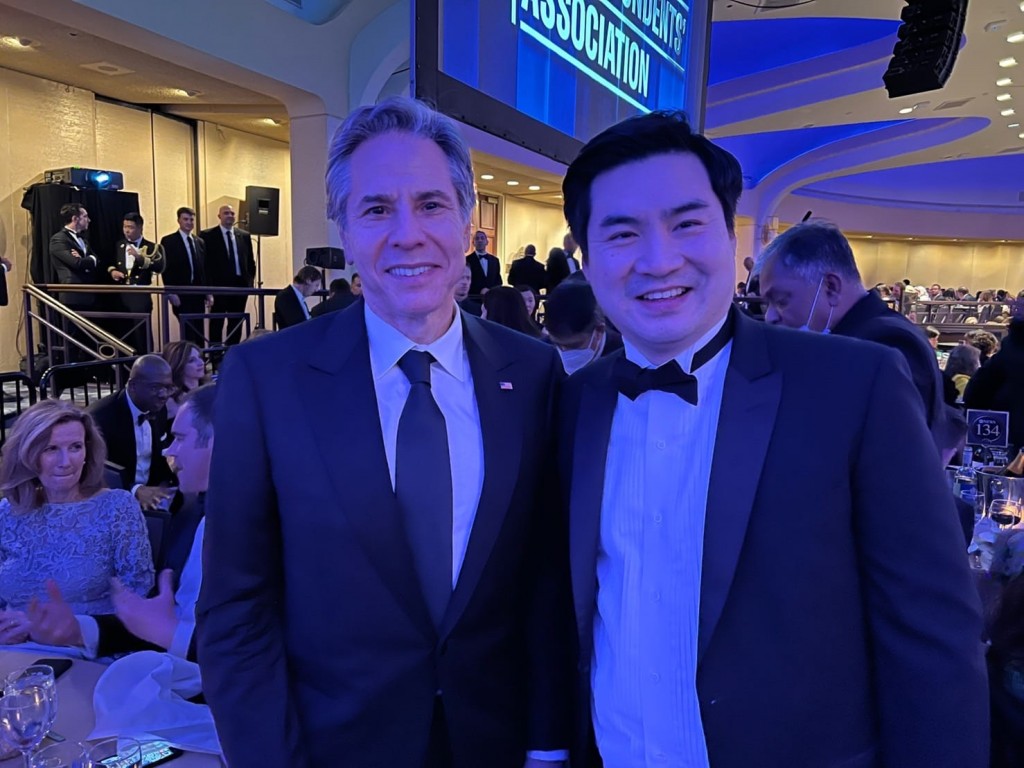 TAIPEI (Taiwan News) — The deputy director of the Kuomintang’s (KMT) International Affairs Department, Eric Huang (黃裕鈞), on Monday (May 2) revealed he had a brief conversation with U.S. Secretary of State Antony Blinken while attending the White House Correspondents' Association Dinner on Saturday (April 30).

Huang shared on Facebook that he had told Blinken many Taiwanese are worried about their country's situation following Russia’s invasion of Ukraine. Blinken said he could understand this sentiment.

Blinken mentioned that he remembered previously meeting with Huang and KMT Chairman Eric Chu (朱立倫) at the State Department.

Huang also met with U.S. Senator Chris Coons and thanked him for his commitment to Taiwan, the deputy director said. The senator said he will continue to follow Taiwan developments in the future and that he looks forward to discussing more bilateral cooperation issues with Chu in person in the near future.

The KMT is in the process of establishing a liaison office in Washington, D.C. Alexander Huang (黃介正), a defense and foreign policy expert, will be stationed there along with Huang.

The office is intended to resume dialogue between Taiwan's largest opposition party and the U.S., and it will also allow the KMT to have a better understanding of America’s stance on issues, according to Huang.