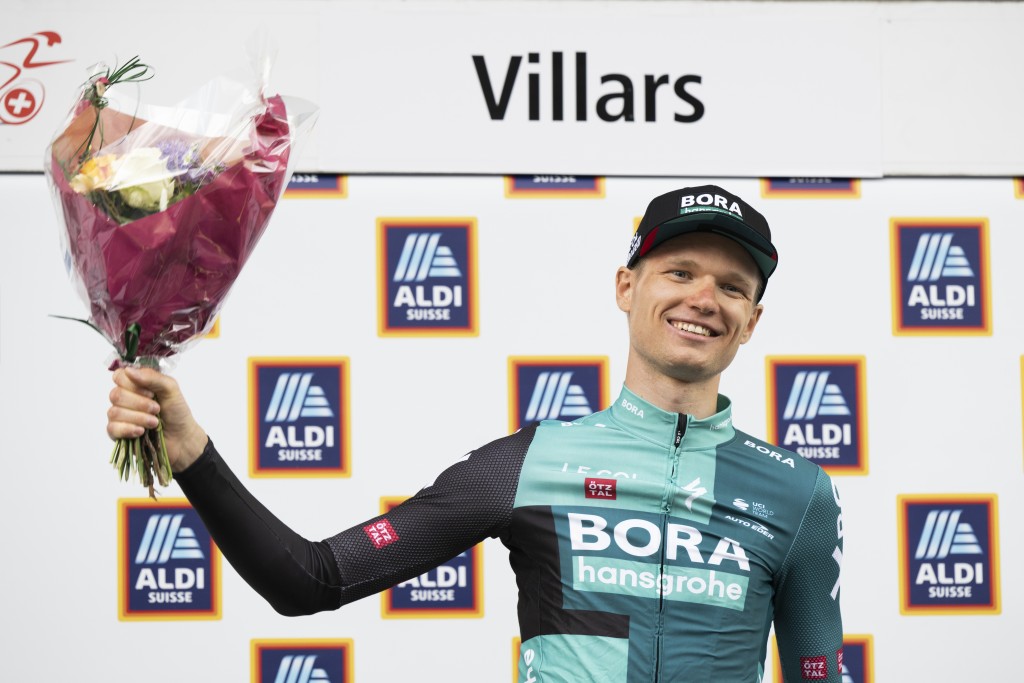 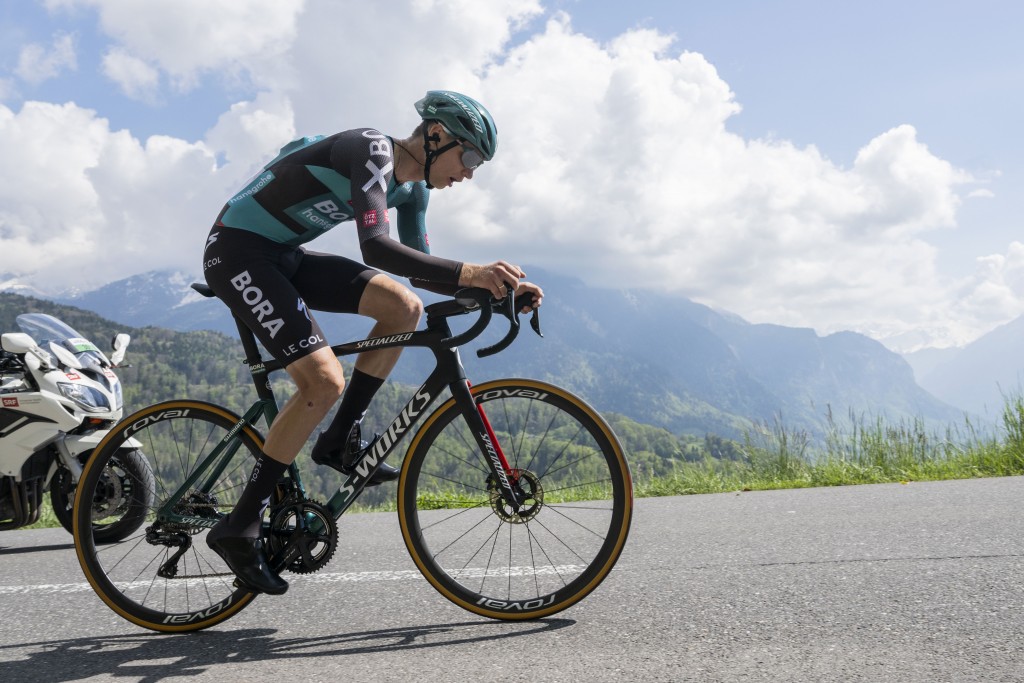 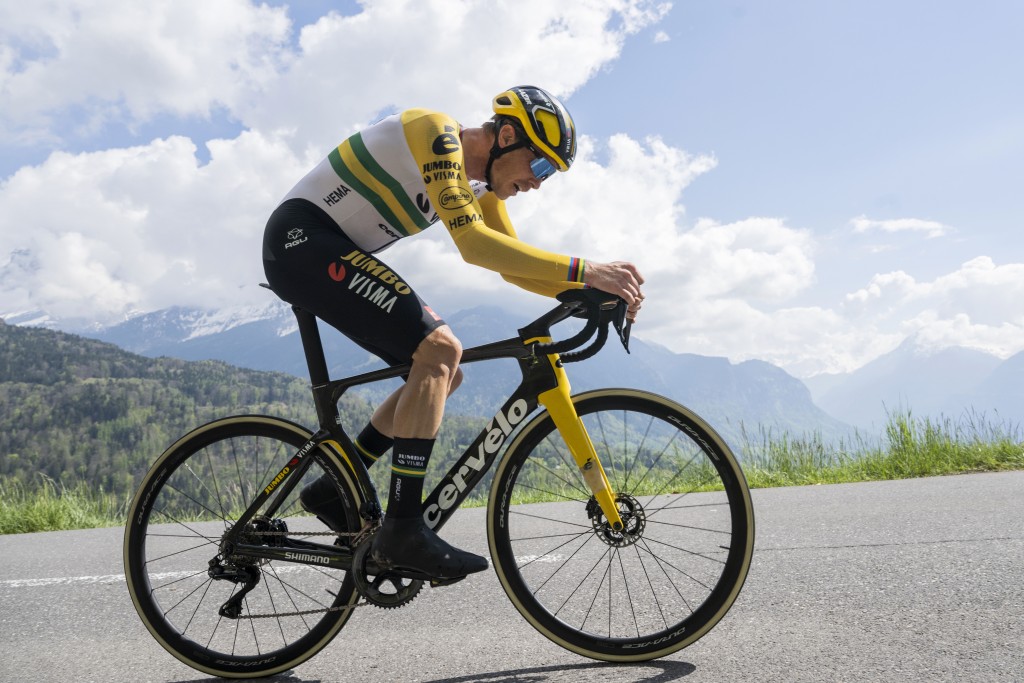 It was a first career win on the World Tour for the 26-year-old Russian who can continue to compete in international races during Russia's war on Ukraine because he rides for a team registered in Germany.

“I gave it all today. I am super happy with this result,” said Vlasov, who was third in the Belgian one-day classic Flèche Wallonne in April.

The International Cycling Union suspended Russian teams two months ago but Vlasov rides for the Bora-Hansgrohe team. However, the Russian flag is not displayed next to his name on official race graphics.

Vlasov spoke out against the war on social media two days after the UCI sanctions.

On Sunday, Vlasov was 31 seconds faster than Simon Geschke on the 15.8-kilometer (9.8-mile) route up to the Villars-sur-Ollon ski station. Gino Mäder was five seconds further back in third place.

Overnight leader Rohan Dennis — who started the time trial with an 18-second gap over third-place Vlasov — was 22nd in the stage and finished eighth overall.

The time trial was decisive after Saturday’s queen stage in the mountains did not separate the leaders and ended in a sprint among a bunched group clocking the same time.

The Romandie race is a recognized warm-up for Tour de France contenders and was won in recent years by Chris Froome, Geraint Thomas and Primož Roglič.