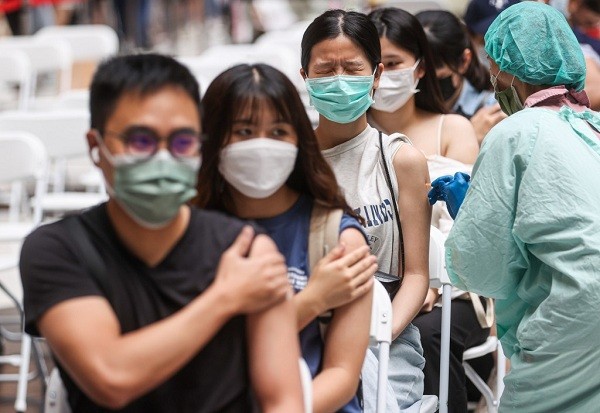 TAIPEI (Taiwan News) — Almost half of the 42 local COVID-19 cases suffering from moderate symptoms as reported on Sunday (May 1) had received a booster shot, said the Central Epidemic Command Center (CECC).

Despite the surge in cases in Taiwan, the country will continue to gradually relax restrictions that were imposed to prevent the spread of the virus, and priority will be given to people who have received two shots or a booster, CECC head Chen Shih-chung (陳時中) said during Sunday’s briefing as he urged people to get vaccinated as soon as possible.

Chen added that vaccination can lower the incidence of severe cases and risk of death.

Vaccination for children ages 6-11 starts May 2, according to the report.