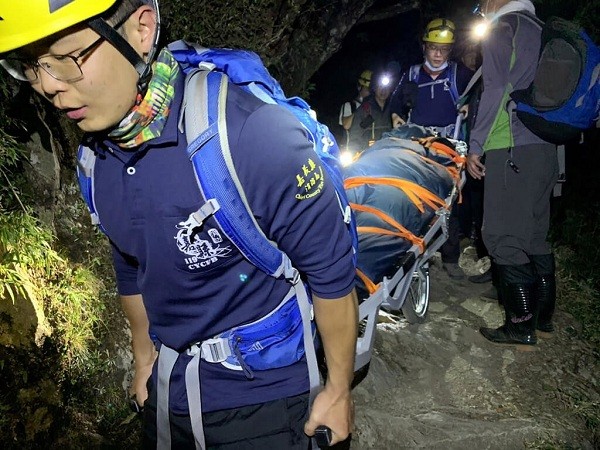 TAIPEI (Taiwan News) — A middle-aged man from New Taipei City is suspected to have suffered a stroke and died on Saturday (April 30) while climbing Yushan, the highest mountain in Taiwan.

The Chiayi County Fire Bureau said that the bureau’s Alishan branch received a report at 3:39 p.m. on Saturday that the 55-year-old man, surnamed Chien (簡), was believed to have had a stroke at the 6.8-kilometer mark (big cliff section) of the trail and needed to be transported down the mountain to receive medical attention, CNA reported.

Rescuers from local fire stations immediately set off and notified Paiyun Lodge, a mountain hut on the trail, to send staffers to check on Chien, according to CNA. Paiyun Lodge staff reached him at 4:15 p.m., but they judged that he had suffered out-of-hospital cardiac arrest.

As enlisting the help of a helicopter was out of the question due to the foggy conditions along the trail, the Paiyun Lodge staffers began to carry Chien on their backs down the mountain.

Rescuers reached Chien at 6:46 p.m. and took turns carrying him down the mountain. At 9:24 p.m., they arrived at the Tataka trailhead and then rushed Chien by ambulance to a local health center, where he was pronounced dead, according to the report.