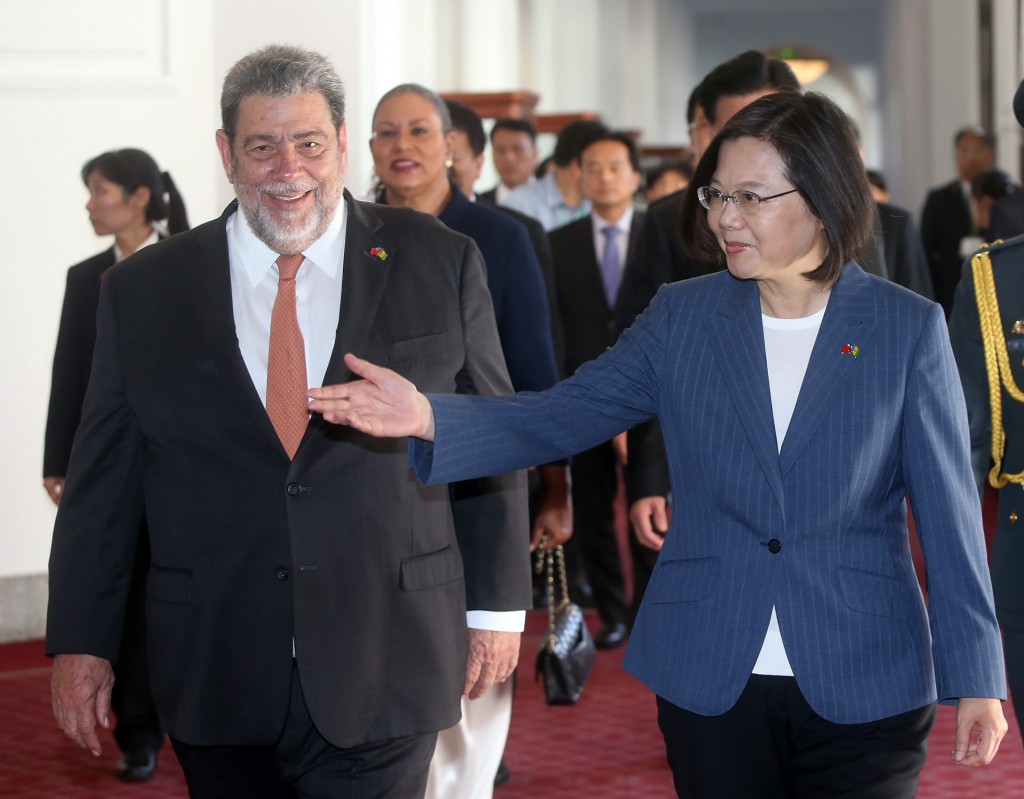 TAIPEI (Taiwan News) — Saint Vincent and the Grenadines Prime Minister Ralph Gonsalves on Friday (April 29) voiced support for Taiwan ahead of his scheduled trip to the country this summer.

“This is a relationship which is to be refreshed when there are unseemly threats,” he said. He added that the rights of Taiwanese and the integrity of the country have to be respected in any Taiwan Strait-related dispute, which should be resolved through “peaceful settlement,” St. Vincent Times reported.

On April 28, the prime minister wrote to the head of the World Health Organization urging Taiwan's inclusion in this year’s World Health Assembly.

In a recent interview with Saint Vincentian radio station Star FM, Gonsalves mentioned that Taiwan is allowed in the World Trade Organization but still banned from participating in many other global organizations, including the International Civil Aviation Organization and Interpol.

“Do you see the double standards and the hypocrisy?”

The prime minister said his country will continue to speak out about these issues. However, he emphasized that he is not anti-China: “I’m talking about the right of (Taiwan) to participate in these bodies; I’m not saying that the People’s Republic of China shouldn’t participate.”

Gonsalves said his nation wants “peace, prosperity, and security for all, not just some.”

Taiwan and the Caribbean country established diplomatic relations in 1981. The prime minister is slated to visit this August.