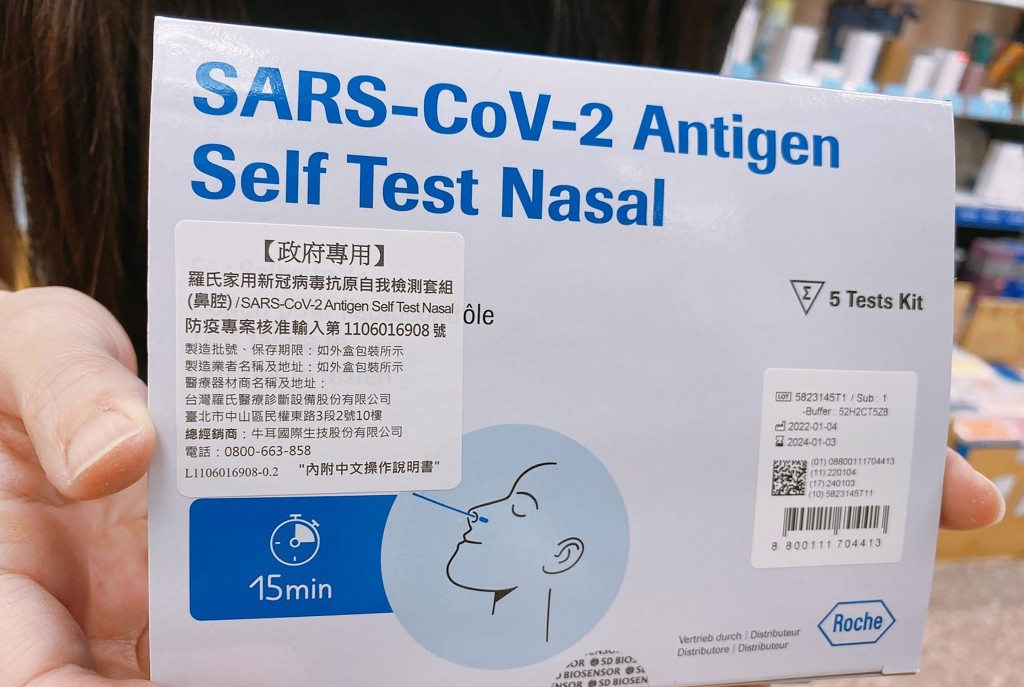 Taiwan is experiencing another wave of COVID-19, with the daily caseload surpassing 10,000 and weekly positivity rate climbing, indicating a peak yet to come.

As countries around the world tackle their spurts of cases, one finds an interesting comparison between China and Taiwan’s approaches to responding.

China’s has been largely warlike by comparison. Its zeal in tackling the outbreaks in Shanghai and other areas is a futile and scientifically unlikely pursuit of complete elimination.

China’s harsh approach toward its citizens requires a re-think and a policy shift. Shanghai is up against one of the strictest lockdowns, having confined its 25 million residents for the last few weeks. The total shutdown has forced millions of people indoors and totally disrupted China's economy with serious collateral damage in other parts of the world.

The social media and news reports of the Chinese people’s plight are highly disturbing. Risking their lives, residents of Shanghai have posted videos of their hardships under the state-enforced lockdown.

On the contrary, Taiwan’s mature response is in sync with its democratic ethos and values, keeping the welfare of its residents at the center of its recalibrated policy. Taiwan has changed gears from its earlier "zero-COVID" strategy to smoothly accept the reality of living with the virus.

Taiwan's cautious, gradual response means strategies are constantly being reworked. It means tweaking quarantine rules from time to time, changing the PCR and rapid antigen testing schedule during quarantine, isolation, and hospitalization, adjusting contact tracing and isolation rules, maintaining constant communication channels with the public, interaction with the press, and data releases while at the same time briefing the Legislative Yuan on pandemic strategy.

Faced with the current wave, China adopted a painful route to arrest transmission whereas Taiwan's calculated opening up and slow relaxation of restrictions balances life with livelihood and health with wealth.

Given the ever-increasing daily case numbers across the island, the obvious question is how the healthcare system and public cope with higher demand for rapid testing kits.

Could the public afford to buy these kits with the price spiraling amid increased demand? The intervention suggested by the Taiwanese health authorities is rationing them.

This means that every resident is apportioned five at-home test kits, similar to the mask rationing plan of early 2020. Under that scheme, residents were allowed to purchase nine adult masks and 10 children’s face masks for two weeks.

Unlike face masks, testing kits are not for universal use. Antigen test kits are used only in suspected cases to confirm infection and in confirmed cases to monitor the disease until the patient tests negative.

So the underlying principle of the distribution should be "need-based," unlike in the case of the mask-rationing scheme.

The projected caseload in Taiwan during the current wave is estimated at around 15% of the total population, which comes to around 3 million of 23 million. So the universal disbursement of antigen testing kits, even though not subsidized, will amount to sparse distribution of a scarce product in high demand.

Can Taiwan afford to disburse testing kits through a rationing scheme in the current wave? The challenge is how to make them available at affordable prices and ensure no artificial scarcity is created in the market in the face of the huge demand.

And what other alternative options are available for public policy intervention?

One easy, prudent option would be setting a ceiling price for private and public use like many other countries, including India, did when facing a similar situation. India intervened by fixing the prices of antigen test kits and critical COVID-19 medicines instead of regulating the supply side.

Taiwan has capped the price at NT$500 (US$17) for a pack containing five test kits for residents holding a National Health Insurance (NHI) card. The objective is to make kits affordable to all residents.

But the rationing scheme is not without potential drawbacks. The demand for the scarce resource may not have been anticipated, leading to a huge rush for kits on the first day of the scheme. There is also a risk people could stock up for a future contingency, thus depriving those in critical need of the tests.

The second, but most important, part of the policy intervention could be to reduce the mandatory number of tests to be carried out during quarantine/isolation/self-health management at the intervals prescribed by CECC. Many countries with low resources depending on different transmission scenarios have rationalized testing strategies and use PCR and antigen tests in consonance with WHO guidelines.

Revisiting and revising downward the testing schedule could substantially reduce the financial burden on residents and increase the availability of kits on the market with reduced demand.

At the same time, ramping up test kit production within Taiwan from the present 4.9 million kits to the projected 12.8 million kits this month, and then to 15.8 million in the future, is a medium-term measure.

Finally, with reduced infections in most parts of the world, home testing kits are available in the U.S., the U.K., India, and other countries at a much cheaper price. Importing them seems a doable and possible alternative, as the product would be immediately available for use in times of crisis.

Rajagopal Devara flew to Taiwan in April and is now a Taiwan research fellow at National Chengchi University's Graduate Institute of Development Studies (GIDS). He has served in different policy-level positions in Maharashtra, India, and has experience in COVID-19 management.
testing kitsCOVID
Tweet