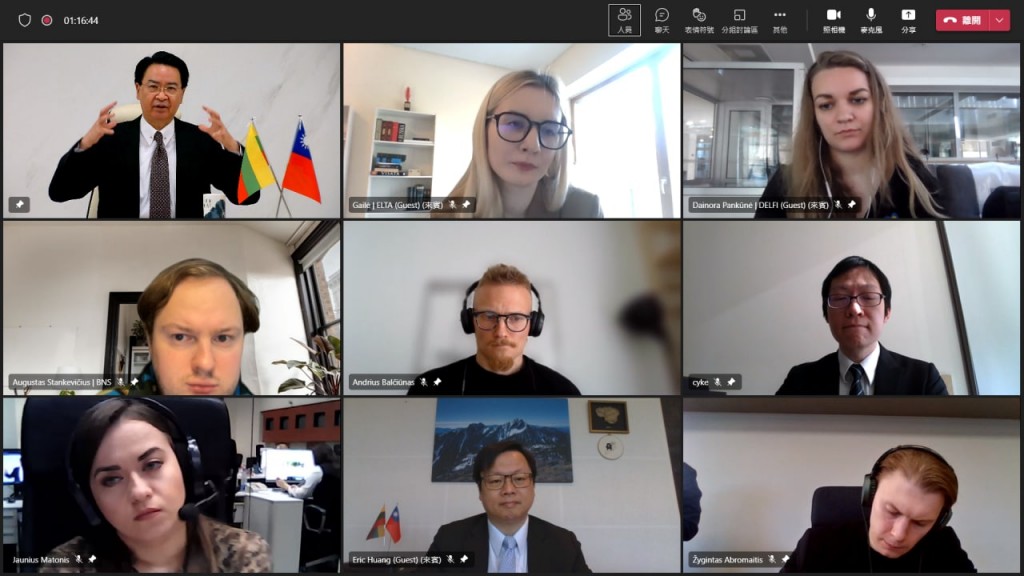 TAIPEI (Taiwan News) — The nation's foreign minister Joseph Wu (吳釗燮) said in an interview with Lithuanian media that both countries stood together in their resistance against the expansion of authoritarian regimes like Russia and China, the Ministry of Foreign Affairs (MOFA) said Friday (April 29).

Wu was speaking to representatives of nine media from the Baltic country, according to MOFA. Unofficial relations between the two countries have taken a significant step forward after Vilnius allowed Taiwan to use its name for its representative office and China took retaliatory action against Lithuanian businesses.

Wu emphasized the positive advances in the relationship between Taiwan and Lithuania, with the Baltic state offering COVID-19 vaccines and Taipei sending masks, CNA reported. Vilnius is in the process of preparing its own office in Taipei, which Wu hailed as another step forward to intensifying exchanges.

“Facing upheavals caused by authoritarianism, democracies must unite,” Wu tweeted. The foreign minister described Lithuania as “a moral giant bravely standing up to coercion” and “caring for other freedom-loving countries.” He added the Baltic country had won over the hearts of Taiwan's people.