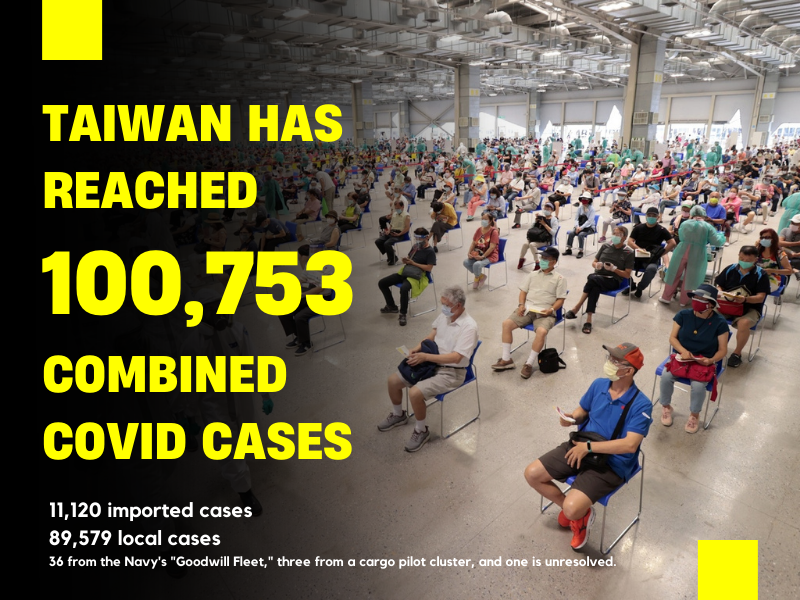 TAIPEI (Taiwan News) — Taiwan on Friday (April 29) surpassed the 100,000 COVID case mark of combined local and imported cases, a more than fourfold increase from one month ago, but the overwhelming majority of cases are asymptomatic or mild and resulted in a death rate of 0.8%.

The 100,753 total confirmed cases reported on Friday represent a more than fourfold increase from the 22,992 total cases reported on March 29. This is due to a sudden spike in local infections caused by the highly transmissible Omicron variant.