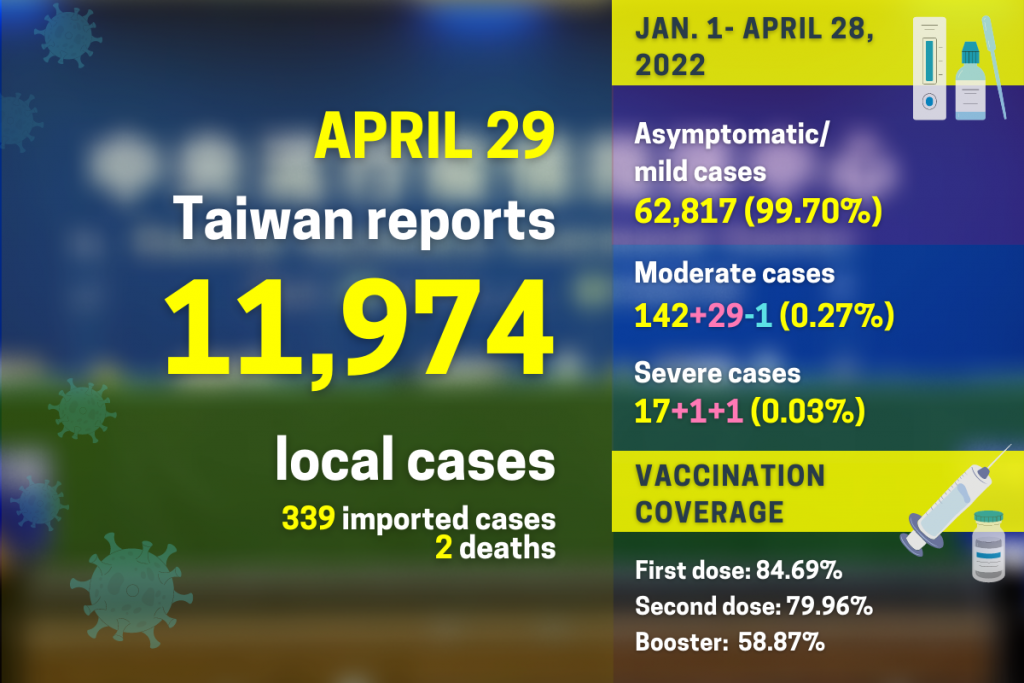 The local cases reported include 5,793 males, 6,178 females, and three cases under investigation ranging in age from under five to their 90s, with their dates of onset ranging from Feb. 14 to April 28. Among Friday's cases, 6,297 were asymptomatic.

The two deaths reported on Friday are two males, one in their 80s and the other in their 50s. Both were classified as severe infections and had a history of neurological diseases.

One of the men had received three doses of the COVID vaccine, while the other man had been given two doses. The two cases were diagnosed on April 18 and 21.

During hospitalization, they were treated with high-flow nasal cannula (HFNC) oxygen therapy and Remdesivir. They succumbed to the disease on April 23 and April 24.

Up until now, 862 individuals have succumbed to the disease. Of the 847 deaths from local infections, 417 were in New Taipei; 322 in Taipei; 31 in Keelung; 28 in Taoyuan; 15 in Changhua County; 13 in Hsinchu County; five in Taichung; three each in Miaoli and Hualien counties; two each in Yilan and Pingtung counties; and one each in Hsinchu City, Nantou County, Yunlin County, Tainan City, Kaohsiung City, and Taitung County. The 15 other deaths were imported cases.