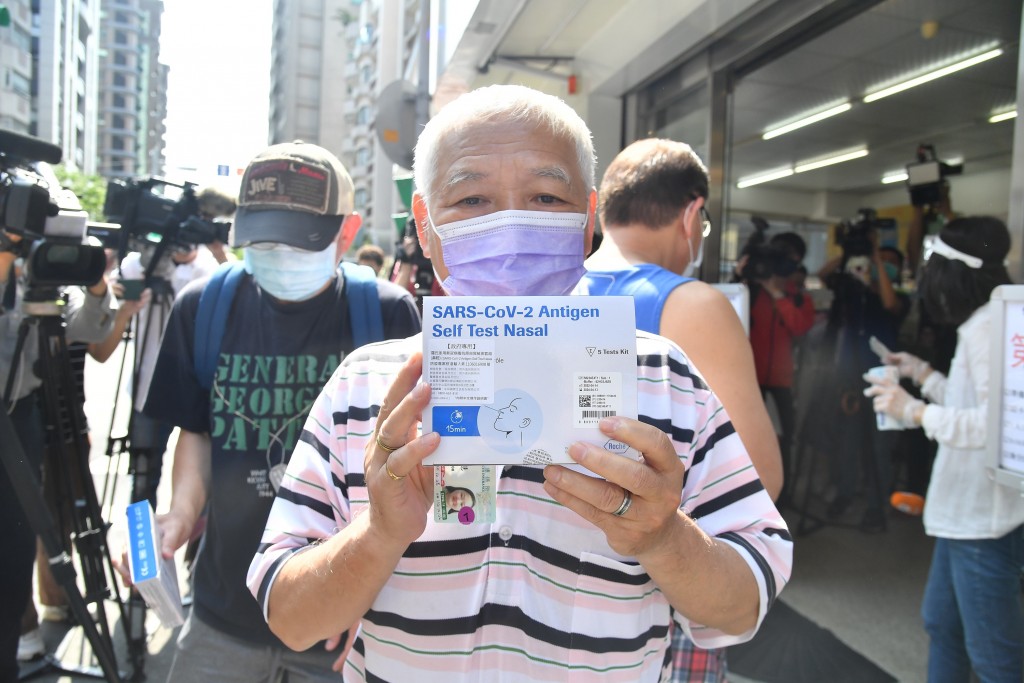 “The Omicron variant has caused the domestic COVID-19 case count to rise geometrically, inevitably instilling fear within people’s hearts. Moreover, some people have made horrific predictions about case and death counts related to COVID-19,” wrote Chen. As the predictions are often based on the case-fatality rate of the past Alpha, Beta, Delta variants or of other countries, they become exaggerated when applied to the Omicron variant.

According to Chen, Taiwan’s strategy to “coexist” with the virus is to minimize the number of severe cases and deaths. He cited data from Johns Hopkins University to illustrate that Taiwan’s highest daily average case count per million people, which was Tuesday’s (April 26) 182, and the highest daily average of deaths per million people, Tuesday’s 0.01, are a fraction of the amount compared to numbers in the U.S., France, Israel, Hong Kong, and South Korea.

“Predictions of the pandemic’s future development are not helpful at all to current anti-COVID efforts, and erroneously citing foreign data as a basis for predicting Taiwan’s COVID development is not only unsuitable but causes unnecessary panic as well.”

Chen wrote that according to seroepidemiological research conducted by U.S. Centers for Disease Control and Prevention (CDC), while 75.1 million confirmed cases had been recorded by authorities before February, 190 million had actually been infected. The cases not included in the official count were mostly undiagnosed, asymptomatic, or unreported.

As long as vaccination rates continue to grow, rapid test kits are widely supplied, and those infected can be treated in a timely manner, the number of severe cases and deaths will be greatly reduced and there will be no reason to panic, Chen concluded. 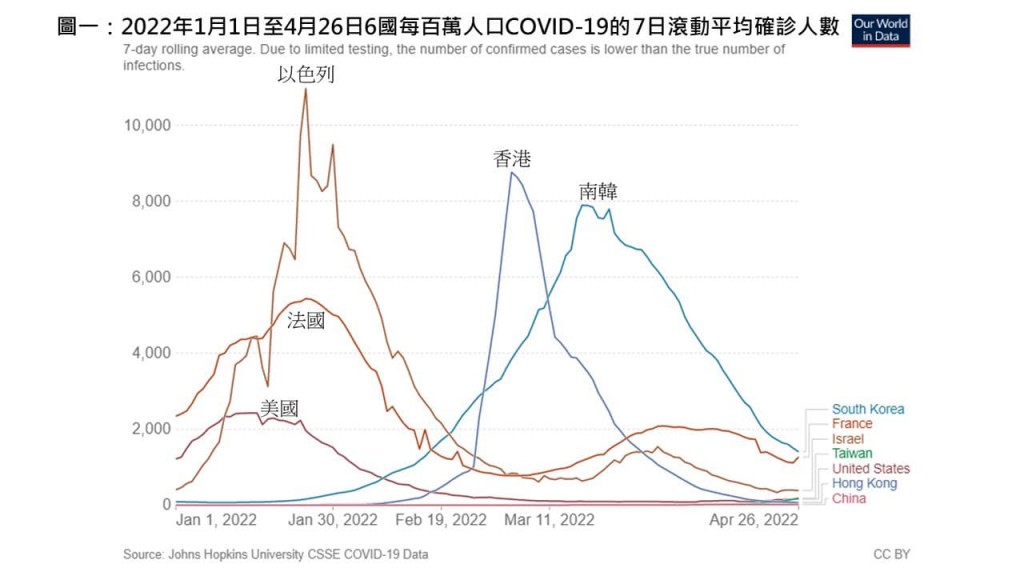 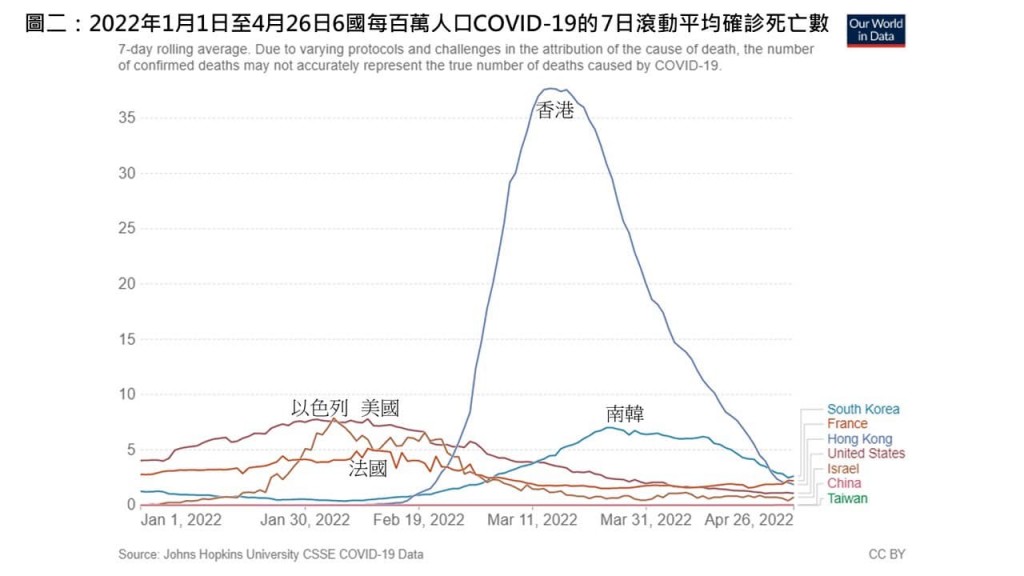 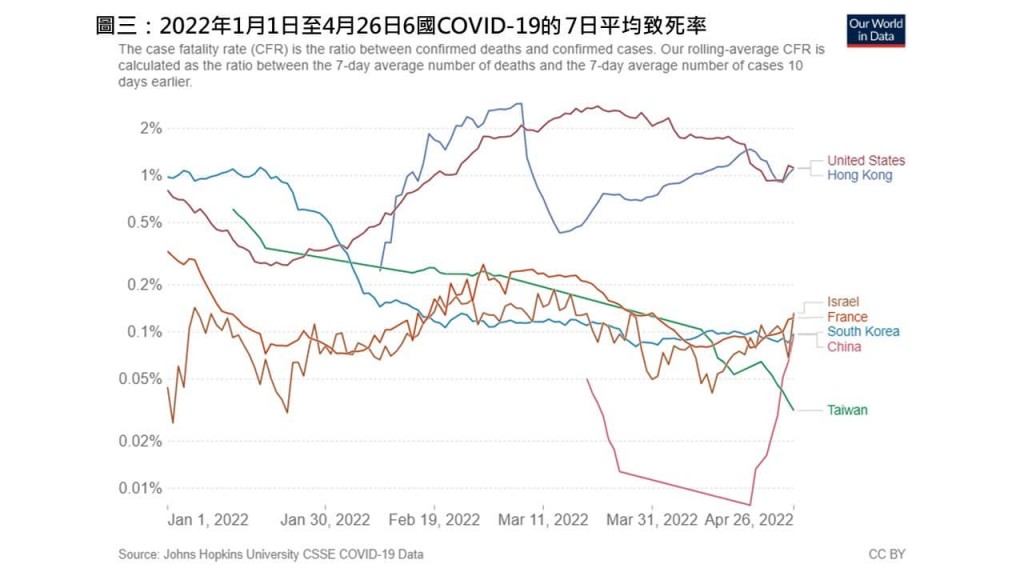 The case-mortality rate of COVID in Taiwan has been dropping steadily since January. (Facebook, Chen Chien-jen image)