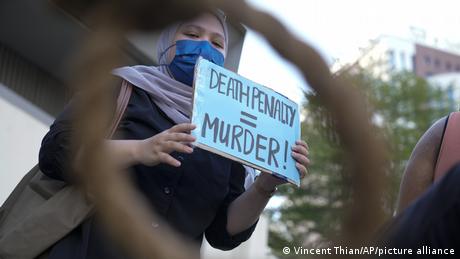 Malaysia's Court of Appeal on Thursday, has allowed a stay of execution of a Malaysian man who was due to be hanged on Friday.

Thirty-six-year-old Datchinamurthy Kataiah was to be the second death row inmate to be executed this week for drug trafficking.

On Wednesday authorities executed Nagaenthran Dharmalingam, a man with a mental impairment who was condemned for a drug offense.

Rights activist Kirsten Han expressed relief in a tweet and highlighted how difficult it was for Datchinamurthy to receive adequate legal representation.

"Relief! A stay of execution for Datchinamurthy. He was scheduled to be hanged tomorrow but now it won't happen. He represented himself this morning as it is now pretty much impossible to get Singapore lawyers to represent a late-stage death row case," Han's tweet read.

The anti-death penalty activist stressed that the matter was far from over. "This is a great relief, but not the end. Stays of execution are only temporary," said Han.

Datchinamurthy is party to a civil case which involves 13 other death row inmates whose prison correspondence was allegedly copied and sent to authorities without any form of consent, Han said on social media.

Hearings related to that specific matter are due to be heard later in May.

Datchinamurthy was first arrested in 2011 for allegedly attempting to traffic around 45 grams (1.6 ounces) of heroin into Singapore.

Nagaenthran, who was executed by hanging on Wednesday was put to death despite his lawyers arguing that he had an IQ of 69 and was mentally impaired.

His execution was widely condemned, with the United Nations, European Union and even British billionaire Richard Branson weighing in.

Singapore's government says capital punishment for drug crimes is stated clearly upon entering the country. The punishment had been suspended during the global pandemic.