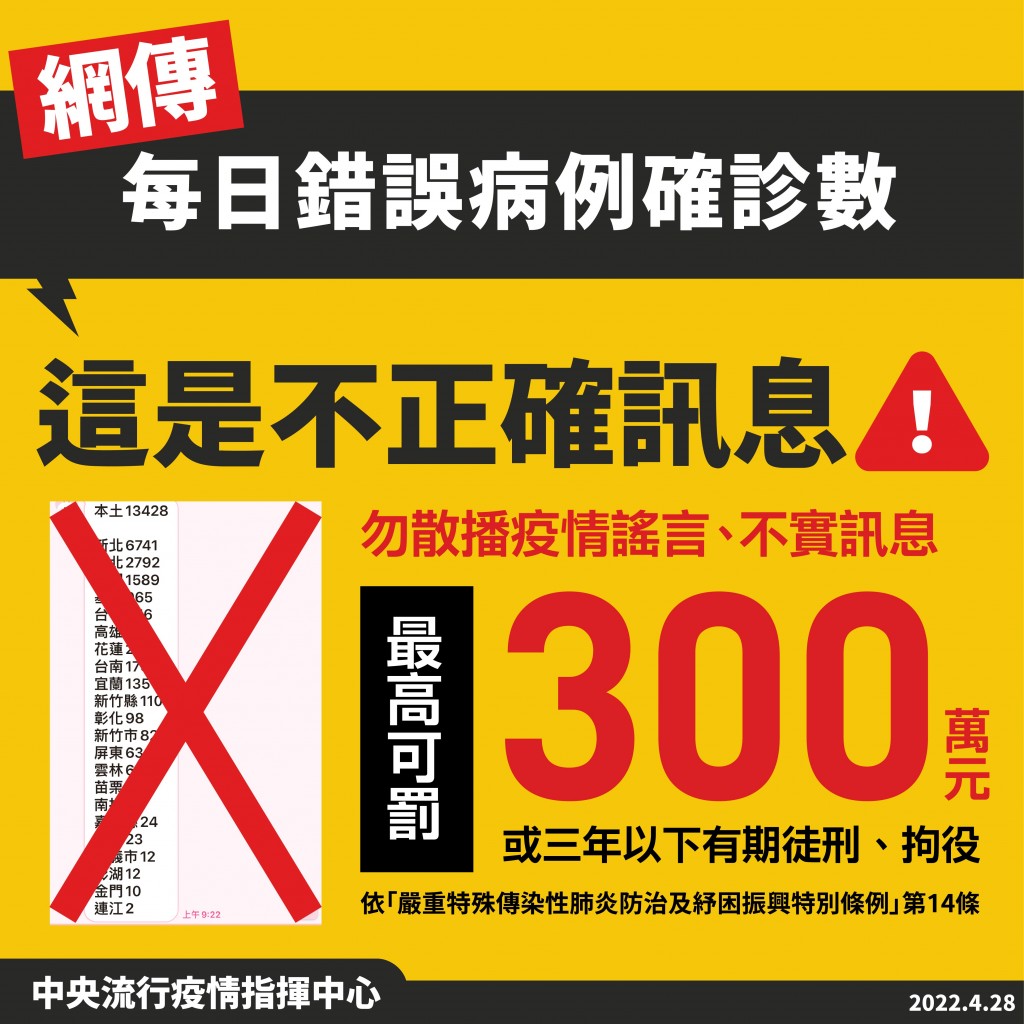 TAIPEI (Taiwan News) — As the number of daily local COVID-19 infections rises to record levels, reporting false numbers can be punished by fines of up to NT$3 million (US$101,600), the Central Epidemic Command Center (CECC) said Thursday (April 28).

CECC chief Chen Shih-chung (陳時中) quoted the example of a figure of 13,428 new local infections getting around online Thursday morning, though the actual figure announced at the CECC news conference in the afternoon proved to be 11,353.

Spreading fake news could be sanctioned by a prison sentence of up to three years or by a maximum fine of NT$3 million, Chen said. Members of the public should check the origin and accuracy of messages they receive online before passing them on to others, he added.

Chen emphasized that official information and statistics about the state of the COVID pandemic were announced by the CECC every day, UDN reported. People should consult official websites instead of relying on social media for news about the latest infections, he said.