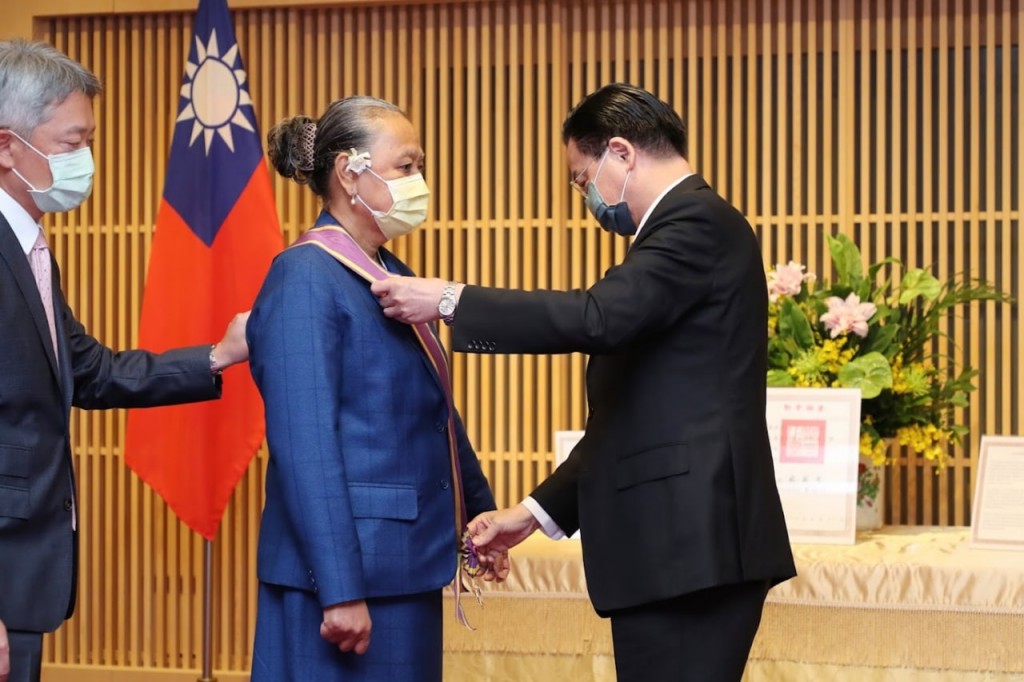 Wu said he looked forward to Teatu’s continued assistance in deepening relations, strengthening bilateral cooperation, and promoting friendship between the two peoples after leaving office and returning home, according to a Ministry of Foreign Affairs press release.

Teatu said she was grateful for the long-term and cooperative relationship between the two countries, and thanked Taiwan for helping Tuvalu in many areas, including epidemic prevention and sustainable development. The ambassador said she will continue supporting Taiwan’s international participation and highlighting its contributions to the global community.