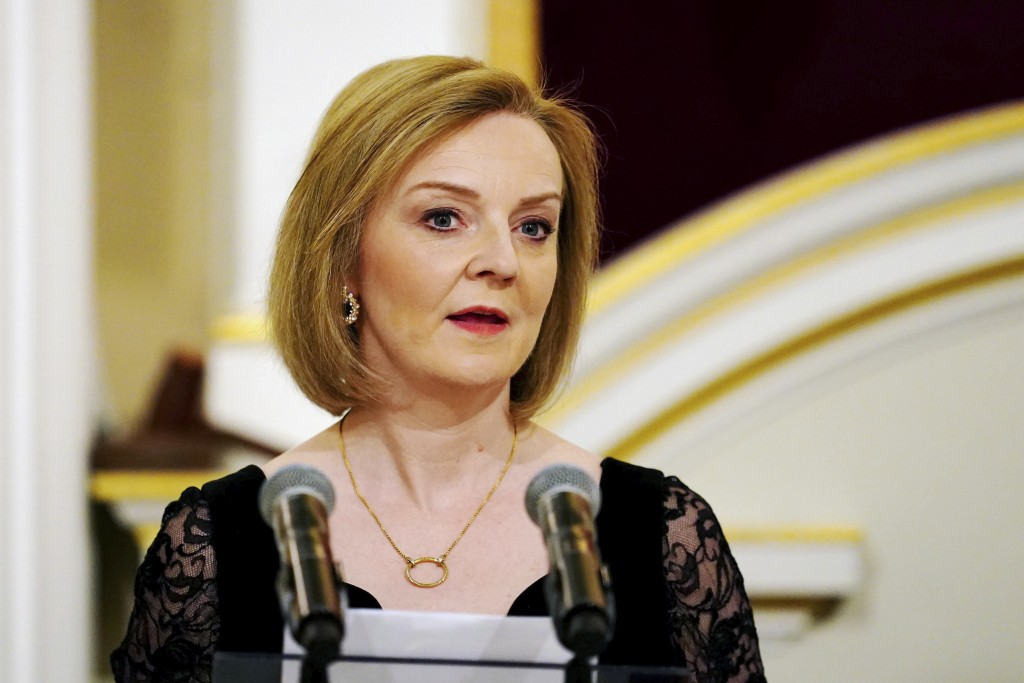 TAIPEI (Taiwan News) — The U.K.'s foreign secretary on Wednesday (April 27) called on NATO to expand its scope to include strengthening security in the Indo-Pacific region and singled out Taiwan as a country that needs protection against China.

During a speech delivered at Mansion House on Wednesday, U.K. Foreign Secretary Liz Truss rejected the notion that NATO must make a choice been Euro-Atlantic security and Indo-Pacific security, arguing that both are equally important, necessitating a "global NATO." Truss clarified that she is not referring to an expansion of membership to other regions, but rather suggesting the alliance take a more global outlook.

She stressed the need to "pre-empt threats in the Indo-Pacific" and to coordinate with NATO allies such as Japan and Australia to maintain the security of the Pacific region. Truss then underscored the importance of ensuring that "democracies like Taiwan are able to defend themselves."

The foreign secretary called on NATO members to increase military spending beyond 2% of GDP. She pointed out that the alliance must also focus more on flexing its economic muscle as it has begun to do so against Russia for its invasion of Ukraine.

Truss then called out China for failing to condemn Russia's aggression and atrocities. She also noted China's coercion of Lithuania since it began strengthening ties with Taiwan.

She criticized leaders for referring to China's rise as inevitable, arguing that Beijing will not be able to continue to rise "if they don't play by the rules." Truss asserted that China still relies heavily on trade with the G7, which represents over half of the global economic wealth, and warned Beijing that "we have choices."

In the face of rising aggression we have the power to act, and we need to act now.

We must be assertive. Aggressors are looking at what has happened in Ukraine. We need to make sure that they get the right message.