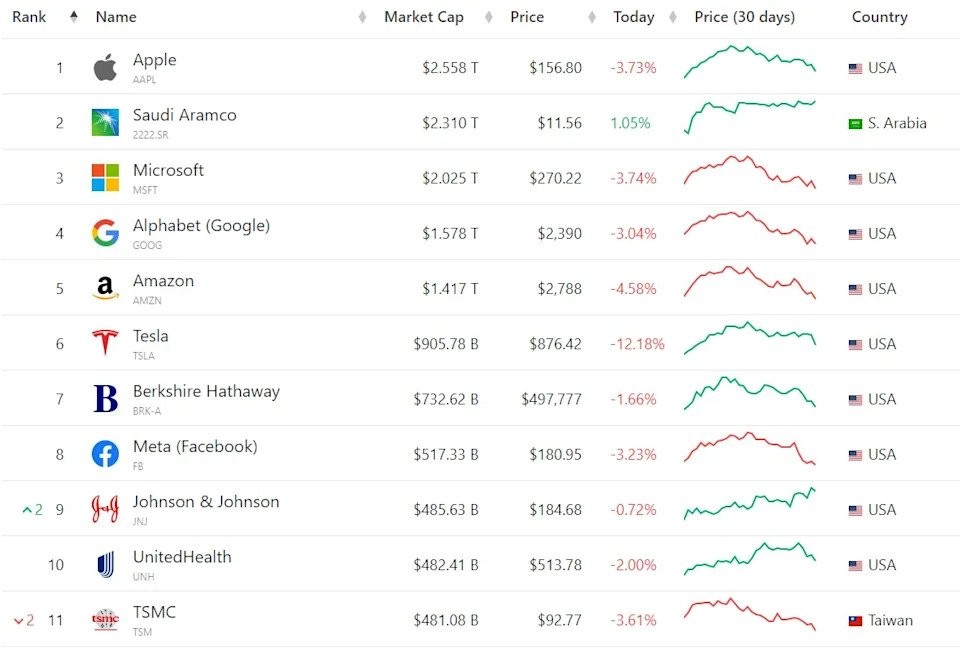 TAIPEI (Taiwan News) — Taiwan Semiconductor Manufacturing Co. (TSMC) has fallen out of the world’s top ten most valuable companies by market share after its share price plummeted to NT$527 (US$17.93) on Wednesday (April 27).

This drop caused TSMC’s market value to dip below the NT$14 trillion mark. TSMC hit its highest ever price of NT$688 on January 17 this year, which was NT$161 higher than Wednesday’s low of NT$527.

In January, TSMC was ranked eighth in the world by market value, but now it is eleventh, per a Yahoo report. Apple holds the top spot with a value of US$2.56 trillion, followed by Saudi Arabian oil company Saudi Aramco at US$2.31 trillion.

Taking TSMC’s previous perch at number eight is Johnson & Johnson at US$485.63, which produces a COVID-19 vaccine approved by the U.S. Food and Drug Administration (FDA). Although TSMC is out of the top ten, it is still the most valuable company in Asia, maintaining a lead over China’s Tencent (at US$399.40 billion) and South Korea’s Samsung (at US$351.04 billion).