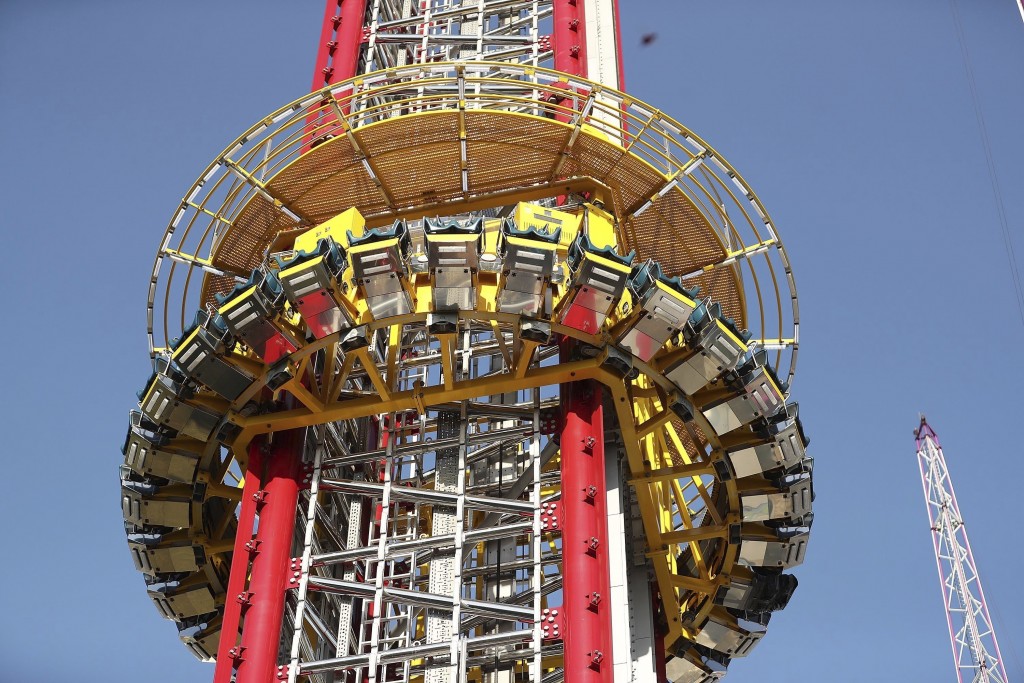 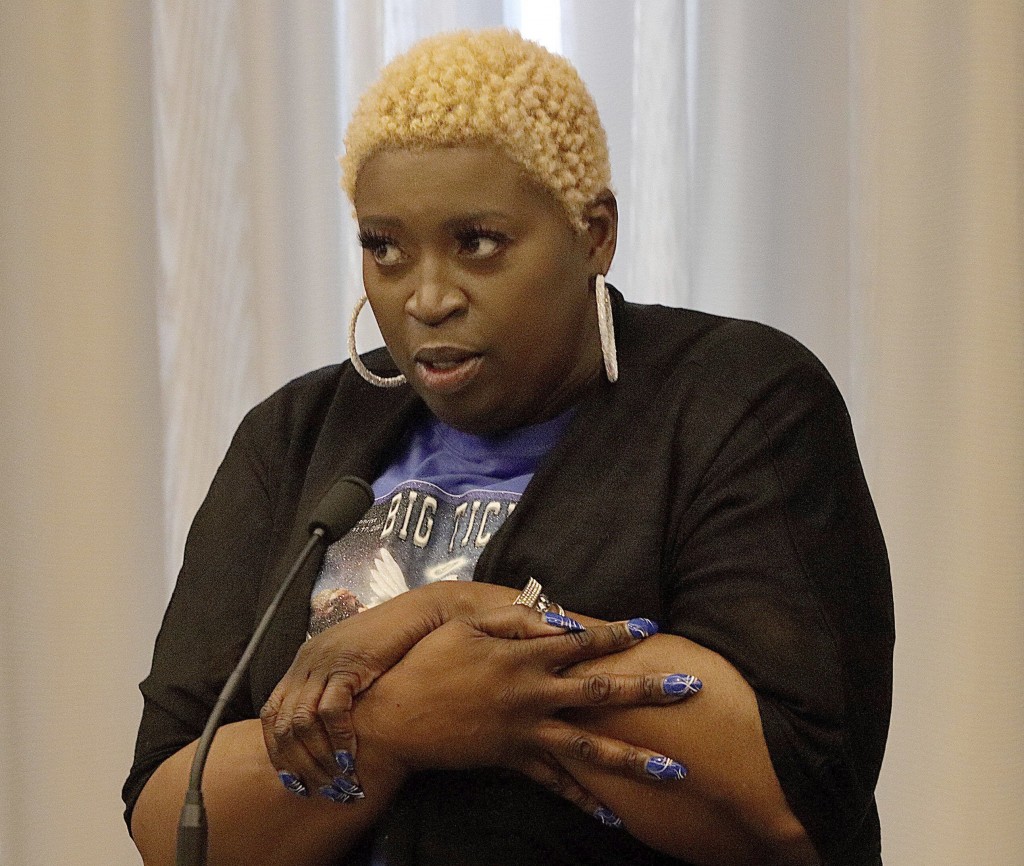 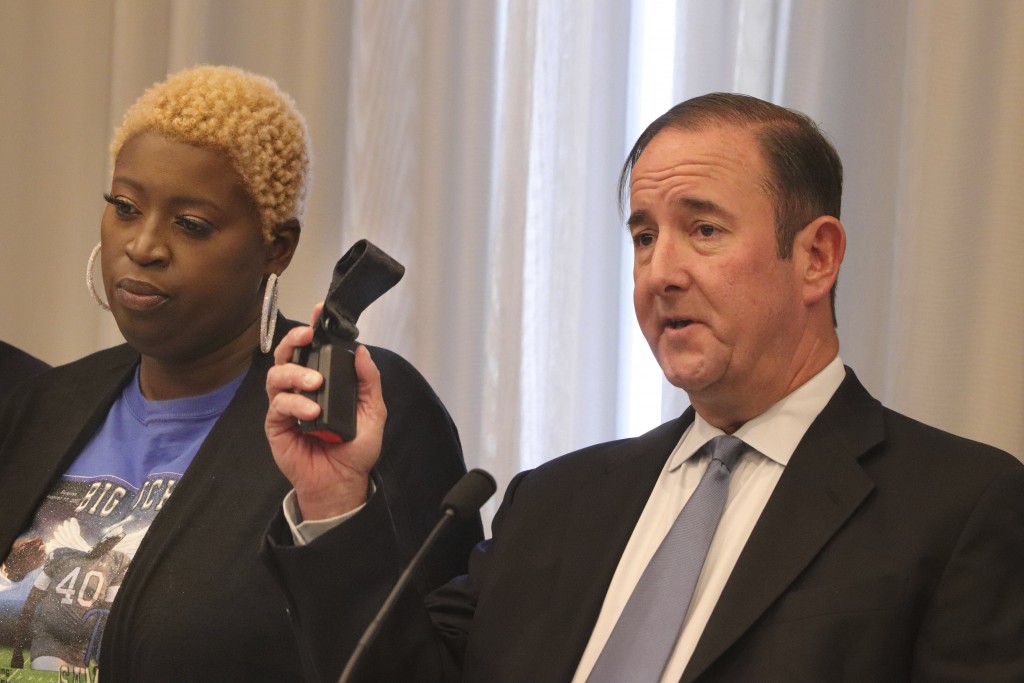 ST. LOUIS (AP) — The mother of a 14-year-old Missouri boy who was killed while riding a 430-foot (131-meter) drop-tower ride at a Florida amusement park says her son's death was preventable.

Nekia Dodd, the mother of Tyre Sampson, speaking Tuesday at a news conference in downtown St. Louis, said her son's death has left her struggling with emotions ranging from frustration to grief to anger.

“Take the ride down completely,” Dodd said. “Get rid of it all together. Too much of a risk.”

Dodd and the boy's father filed a lawsuit in state court in Orlando on Monday against the ride's owner, manufacturer and landlord, claiming they were negligent and failed to provide a safe amusement ride.

The lawsuit claims the defendants failed to warn Sampson, who was 6-foot-2-inches (188 centimeters) tall and weighed 380 pounds (172-kilograms), about the risks of someone of his size going on the ride. It also claims they did not provide an appropriate restraint system.

Michael Haggard, one of Dodd's attorneys, held up a seatbelt strap that he said costs $22. While most free-fall rides have a shoulder harness and a seatbelt, the Orlando Free Fall ride had only an over-the-shoulder harness. Adding seatbelts to the ride's 30 seats would have cost $660, the lawsuit said.

“It's disgusting,” Dodd said. “You wanted to save a dollar but you stripped me of my son.”

Tyre's father, Yarnell Sampson, told NBC’s “Today" show Tuesday that the family is dealing with the boy’s death “day-by-day, second-by-second, minute-by-minute.” He said he hopes legal action can create change in the industry so no other parent suffers.

Attorney Benjamin Crump, who is representing the teen's family, said the defendants in the case “showed negligence in a multitude of ways."

“From the ride and seat manufacturers and the installer to the owners and operators, the defendants had more than enough chances to enact safeguards, such as seatbelts, that could have prevented Tyre’s death,” Crump said.

An attorney for the ride’s owner, Orlando Slingshot, said the company was continuing to cooperate with state investigators into what happened. “We reiterate that all protocols, procedures and safety measures provided by the manufacturer of the ride were followed,” attorney Trevor Arnold said in an emailed statement.

A spokesperson for the landlord, ICON Park, did not immediately comment on the lawsuit.

Last week, an initial report by outside engineers hired by the Florida Department of Agriculture said sensors on the ride had been adjusted manually to double the size of the opening for restraints on two seats, resulting in Sampson not being properly secured before he slipped out and fell to his death.

The Orlando Free Fall ride, which is taller than the Statue of Liberty, did not experience any electrical or mechanical failures, the report said.

The report said there were many other “potential contributions” to the accident and that a full review of the ride’s design and operations was needed.

Sampson, visiting Orlando for spring break from the St. Louis area, was killed March 24. Dodd said she was devastated when one of Tyre’s friends called to tell her what happened, knowing she couldn’t be there for her son.

She described her son as a humble, well-mannered boy who loved football, and she is convinced he would have played in the NFL.