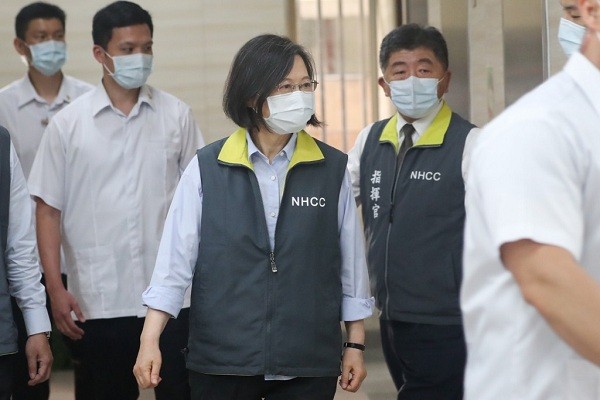 You pointed out that the percentage of people who are neutral with regard to party preference increased by 9.5 points month over month, the highest since 2018, and that the reasons behind the phenomenon deserve further study.

On the DPP’s loss of almost 6% of support, You said that it struck him as unusual. He gave three possible reasons, including the dissipation of the Ukraine effect; the spread of the Omicron variant, which is unfavorable to the ruling party; and the coming mayoral and county elections, which have caused political in-fighting.

With regard to the approval rating for President Tsai Ing-wen (蔡英文), the poll showed that 50% of respondents over 20 years of age basically approve of her handling of national affairs, while 36% expressed disapproval, according to the poll.

As for the Cabinet, led by Premier Su Tseng-chang (蘇貞昌), 48% of people over 20 are satisfied with it’s performance, while 41% are dissatisfied.