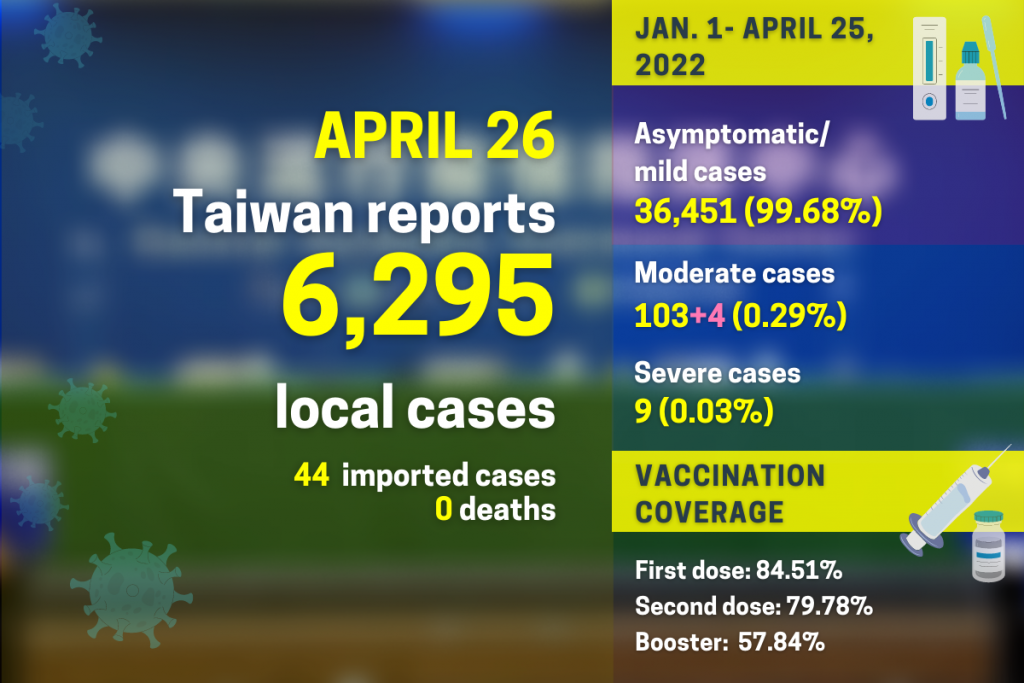 The local cases reported include 3,066 males and 3,229 females ranging in age from under five to their 90s, with their dates of onset ranging from April 1-25. Among Tuesday's cases, 3,104 were asymptomatic.

The 44 new imported cases include 19 males and 25 females ranging in age from under five to their 60s. Of these, 22 tested positive upon arrival at the airport and 22 during quarantine.

They arrived between April 10-25 from Thailand (3 cases) and Singapore (1 case). The countries of origin of 40 cases are still being investigated.

A total of 217 people have been removed as confirmed cases, while 14 cases are still under investigation. Up until now, 856 individuals have succumbed to the disease.