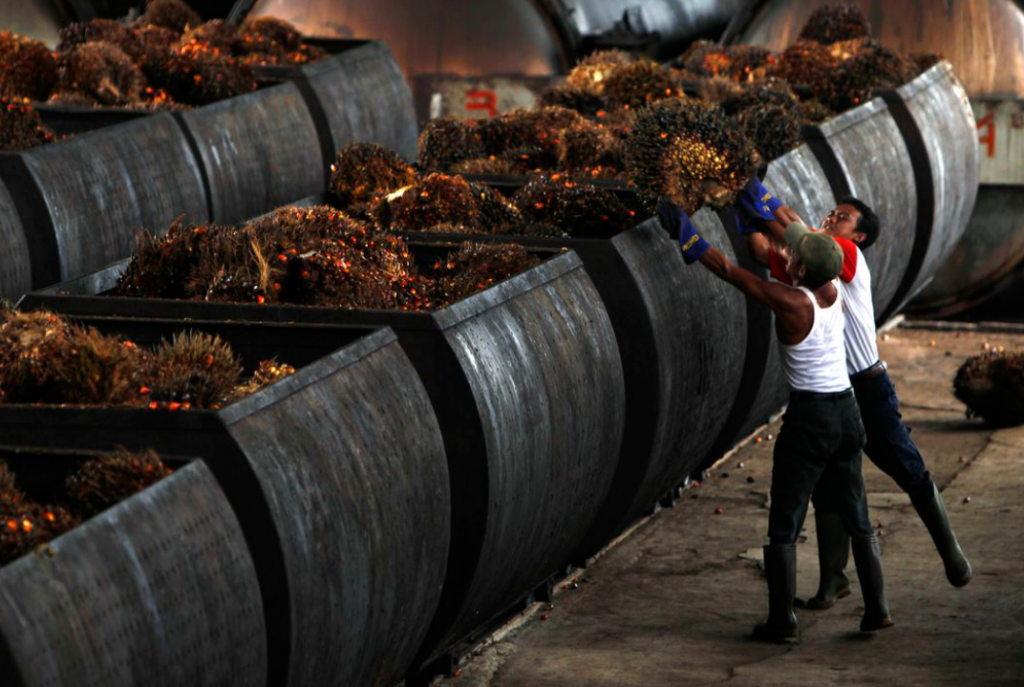 Countries should pause or slow use of edible oil as biofuel to ensure adequate supply for use in food, a state-backed Malaysian palm oil group said on Monday, warning of a supply crisis following an Indonesian ban on palm oil exports.

Indonesia, the world's top producer and exporter of the edible oil, sent shockwaves through the market on Friday when it announced it would impose a ban from April 28. read more

Global edible oil supplies were already choked by adverse weather and Russia's invasion of Ukraine, and now global consumers have no option but to pay top dollar for supplies. read more

Disruption from conflict has exacerbated price rises in food commodities, which were already running at 10-year highs in the Food and Agriculture Organization's index, threatening a jump in global malnourishment. read more

"Exporting countries and importing countries need to have their priorities right, this is the time to temporarily reconsider food versus fuel priorities," said director general of the Malaysian Palm Oil Board Ahmad Parveez Ghulam Kadir.

Indonesia and Malaysia make it mandatory for biodiesel to be mixed with a certain amount of palm oil - 30% and 20% respectively - and just last month said they remain committed to those mandates, despite higher palm prices. read more

Other countries also make biofuels from animal fats and plant oils like corn and soy, and imposed mandates. Demand for such biofuels has boomed from climate change mitigation efforts. read more

Although Malaysia is expected to benefit from Indonesia's drastic policies, producers face a pandemic-induced labour shortage and said they cannot fill the global supply gap.

Malaysia also needs to look at its stock and production forecast to ensure local demand is not neglected while fulfilling global demand, Ahmad Parveez said.

Investors have been anticipating Malaysia would bring in tens of thousands of migrant workers to staff plantations and boost production. However, the Malaysian Palm Oil Association (MPOA) said the influx of workers would raise production by only 1 million tonnes at most.

"The reality is, we can increase our production but this still wouldn't be enough to meet world demand," MPOA Chief Executive Officer Nageeb Wahab said.

The association, which represents plantation giants like FGV Holdings (FGVH.KL) and Sime Darby Plantation (SIPL.KL), said Indonesia's ban has added urgency to addressing the labour crunch and it would urge the government to accelerate recruitment.

"We are in a very rare situation, I think this situation is going to be prolonged... The sellers get to decide who to sell to, and what product to sell whether crude palm oil or refined."