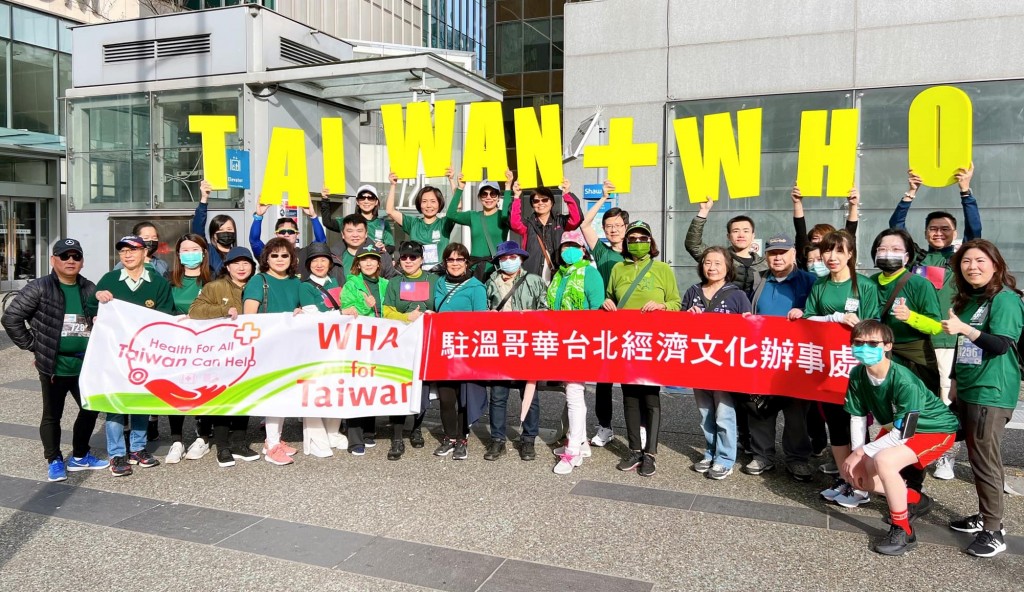 TAIPEI (Taiwan News) — The director of the Taipei Economic and Cultural Office in Vancouver, Liu Li-Hsin (劉立欣), on Sunday (April 24) participated in the 10-kilometer Vancouver Sun Run as part of the office’s effort to promote Taiwan’s inclusion in the World Health Association (WHA).

Liu gathered a group of office employees and their families to form a "Taiwan Team" for the running event.

Before the event, more than 40 people, including China Airlines-Canada employees and Taiwanese expats, gathered in the city center, where Liu addressed the crowd and stressed the importance of Taiwan's participation in the WHA, the Liberty Times reported.

The Metro Vancouver Overseas Taiwanese Society (MVOTS) has issued a statement and appealed to the Parliament of British Columbia to support an opportunity for Taiwan to participate in the 75th WHA, which will be held from May 22-28.

The MVOTS has also invited its directors, community representatives, and other members to gather in front of the provincial parliament building on May 16 to call on the public for support, per the Liberty Times.