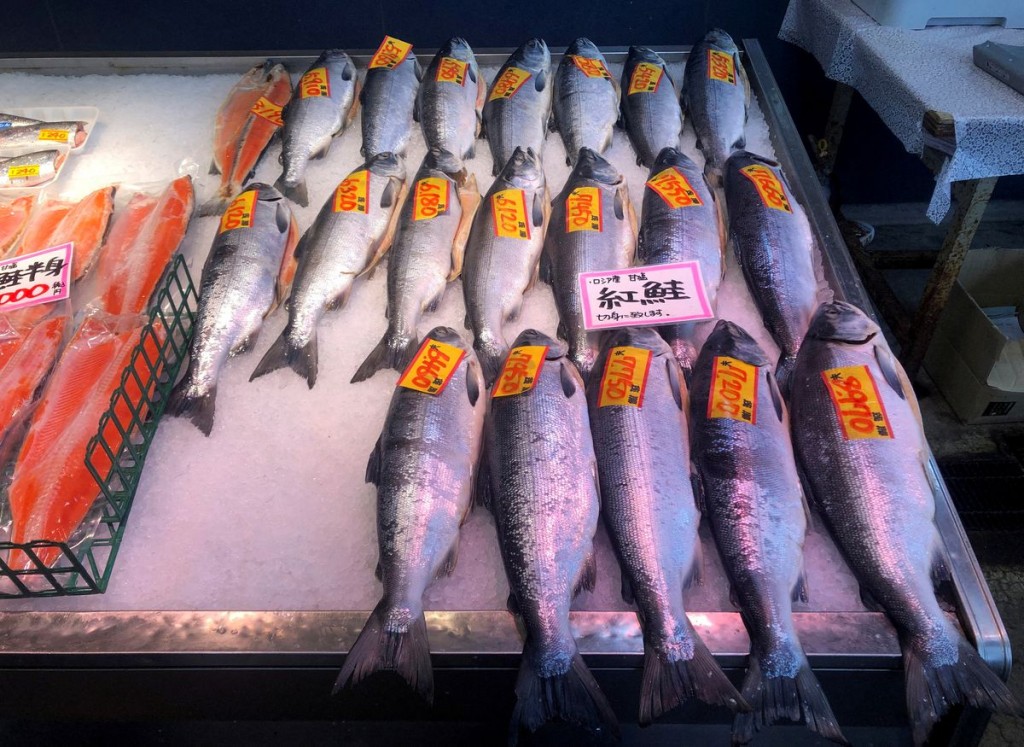 April 23 (Reuters) - Japan and Russia struck a deal on Tokyo's fishing quota to catch salmon and trout born in Russian rivers, Japan's fisheries agency said on Saturday, despite worsening ties over the crisis in Ukraine.

With Russo-Japanese relations unravelling, the fate of annual talks between the two governments this year overshadowed the livelihood of Japanese fishermen in northern regions around disputed islands.

But the two countries agreed on Japan's quota of 2,050 tons in salmon and trout within its own exclusive economic zone for this year, the same level as last year, and that Japan would pay fees to Russia between 200 million yen ($1.56 million) and 300 million yen, depending on the actual catch, according to Japan's fisheries agency.

In response to Tokyo's sanctions, Russia, calling its actions in Ukraine a "special operation," pulled out of stalled peace talks with Japan and froze joint economic projects.