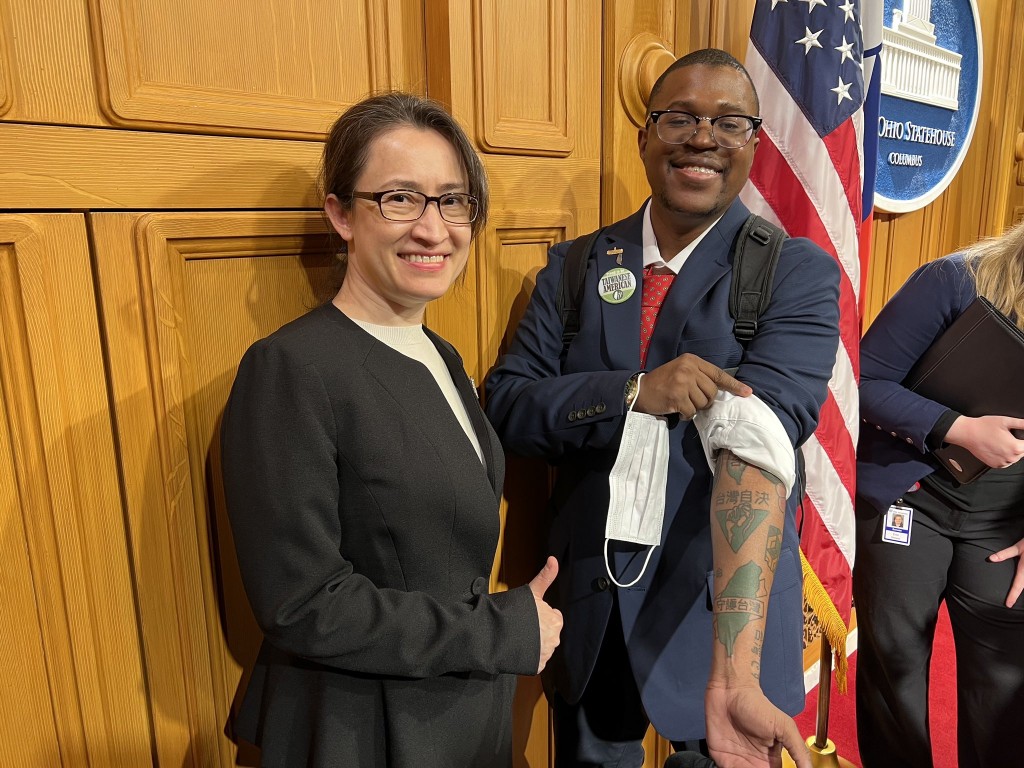 TAIPEI (Taiwan News) — Taiwan's de facto ambassador to the U.S. on Thursday (April 21) posted a photo of herself standing next to an American man who had rolled up his sleeve to reveal some of his 23 pro-Taiwan independence tattoos.

Taiwan Ambassador to the U.S. Hsiao Bi-khim (蕭美琴) took to both Facebook and Twitter to post a photo of herself standing with Najee Woods, who goes by the English online handle Formosa Afro and the Chinese name Ah Chung Tsai (阿忠仔). Hsiao encountered the Ohio native while the two attended "Taiwan-U.S. Business Roundtable Forum in the Midwest – Select Ohio, Select Taiwan -Innovation and High Tech Global Supply Chain" event, which was held in Columbus, Ohio on April 20. 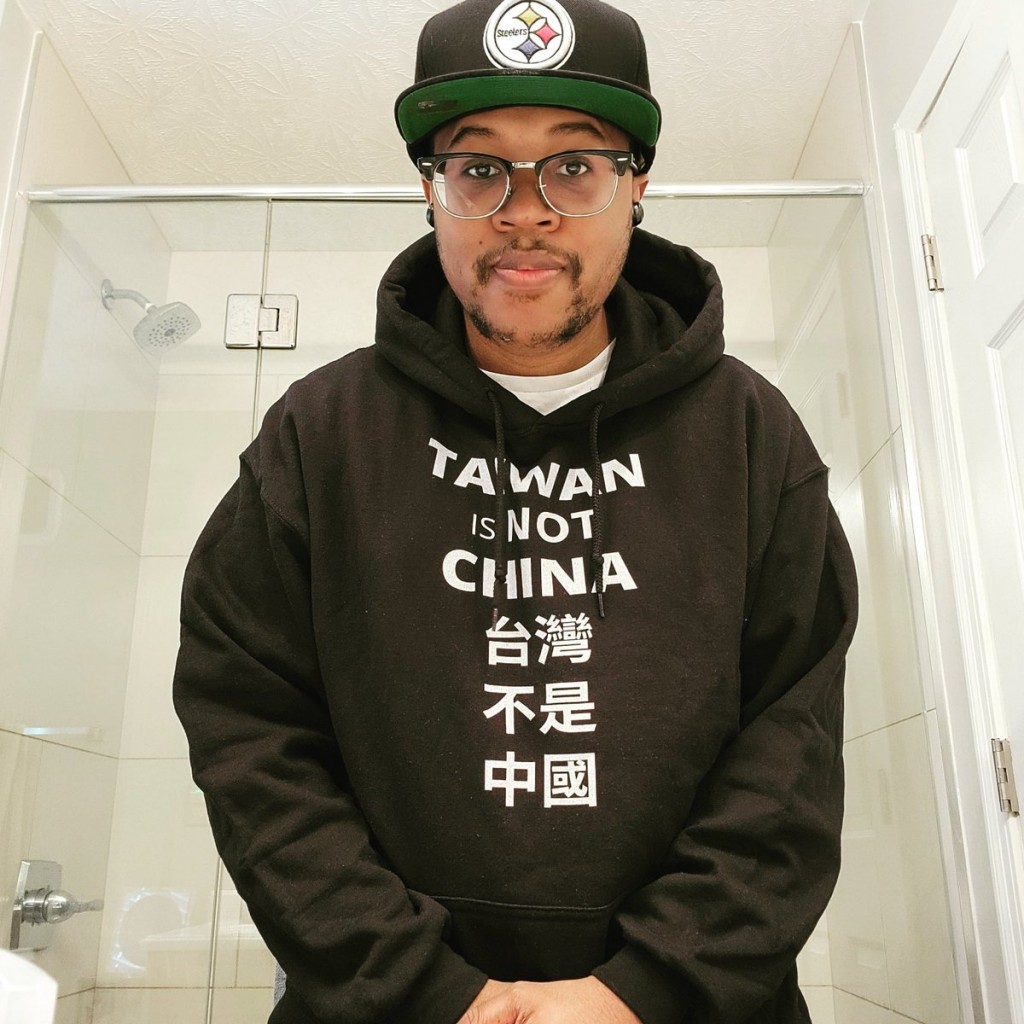 Najee Woods in a sweatshirt which states, "Taiwan is Not China." (Twitter, Formosanafro photo)

In the photo, Woods can be seen revealing at least eight tattoos on his forearm. Many of the tattoos feature the color green, which symbolizes the Taiwan independence flag and include slogans such as "Taiwan self-determination" and "Defend Taiwan."

On her Facebook post, Hsiao wrote in Chinese that Woods is Taiwan's "super good friend" and that he fell in love with Taiwan as an exchange student at the age of 19. In her Twitter post, Hsiao describes him as one of "Taiwan's best friends in Ohio!" 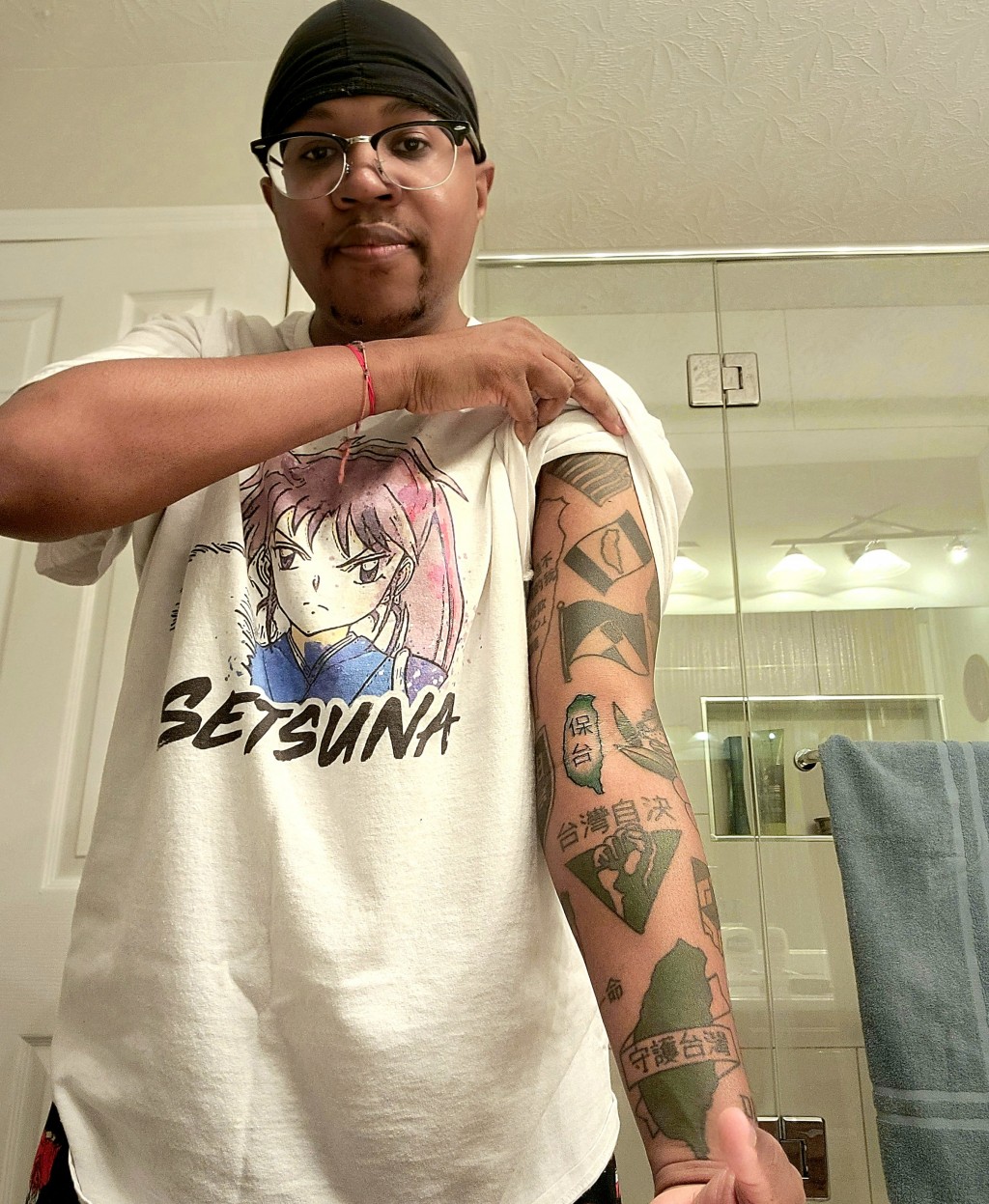 Woods, who is now 31, told Taiwan News he has 23 Taiwan-themed tattoos, which he first started having inked on his body at the age of 25. He first became aware of Taiwan through a pen pal from Kaohsiung he began corresponding with in 2010.

At the time, he began researching information about Taiwan and learned that not only had it been expelled from the U.N., but most countries had severed diplomatic ties with the country, which he found puzzling. He felt this exclusion from international organizations was unfair given the fact that it has so many core elements of a sovereign nation, such as its own government, head of state, and currency. 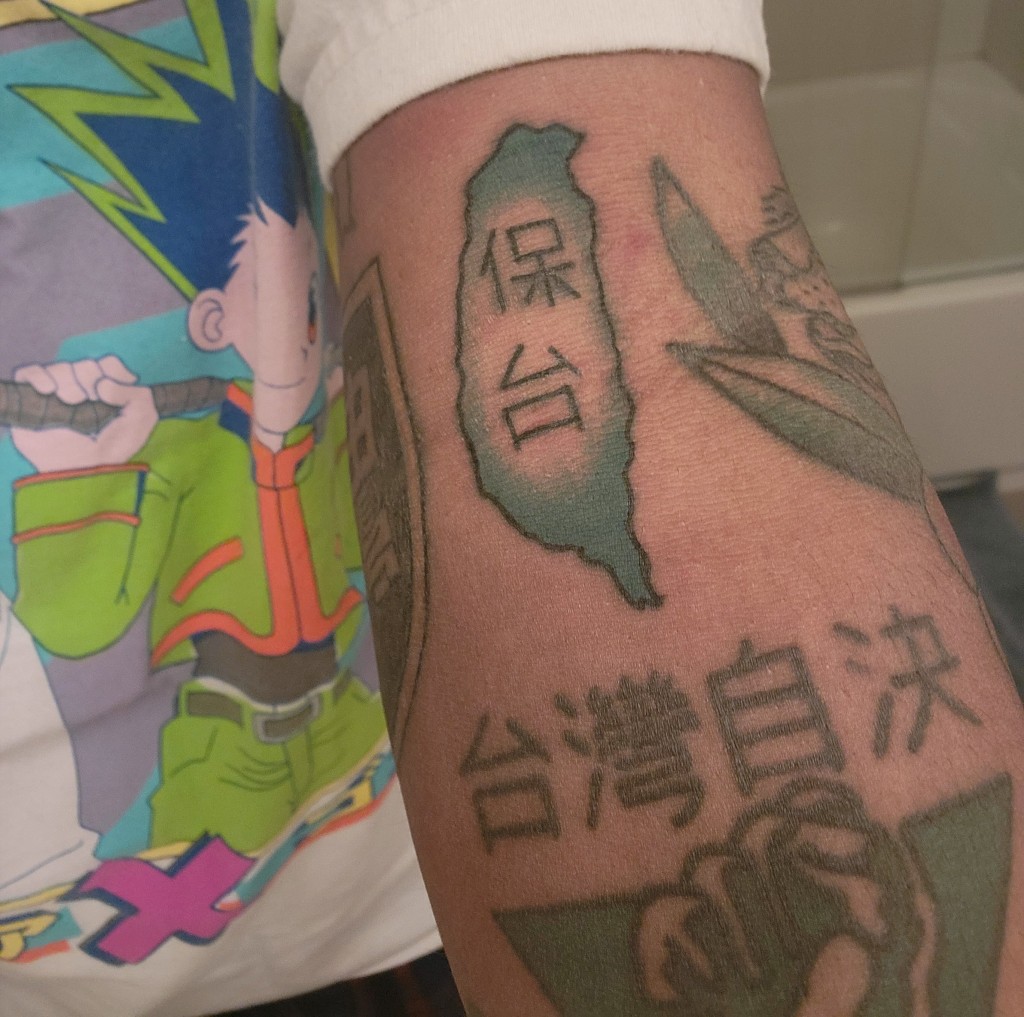 Closeup of some of Wood's tattoos. (Twitter, Formosanafro photo)

Starting in October 2010, he swore an oath to himself that he would "speak up for Taiwan with my voice and defend Taiwan's freedom and sovereignty in my own way." He added that China's bullying of Taiwan was another motivating factor in becoming a spokesperson for Taiwan.

Woods says that he is working at a car dealership in Cincinnati, Ohio, and hopes to visit Taiwan as soon as it opens its borders to travelers because "I miss my nation." He said that his ultimate goal is to move to Taiwan permanently.

I think I just met one of Taiwan’s best friends in Ohio! His arm tattoo reads “Taiwan Self Determination” and “Defend Taiwan!” pic.twitter.com/SJn1xkAXvn