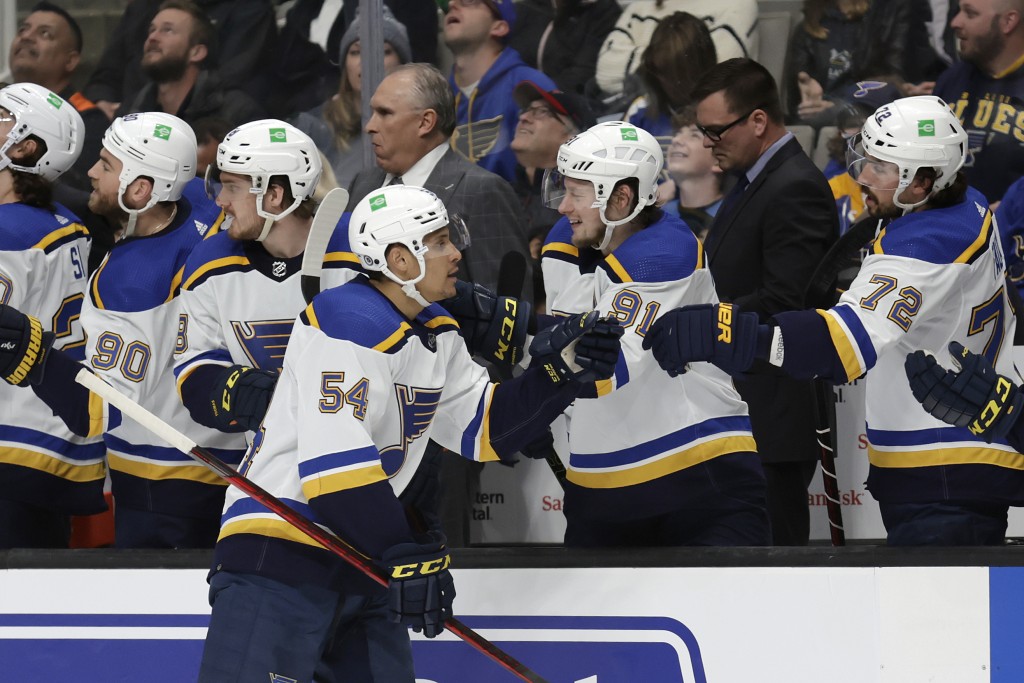 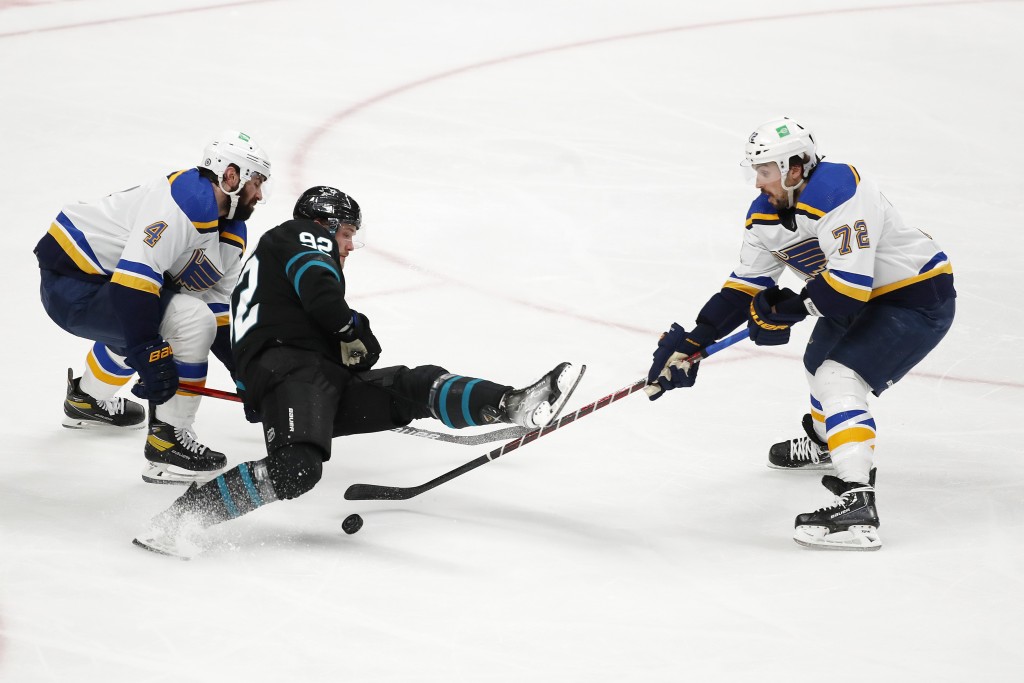 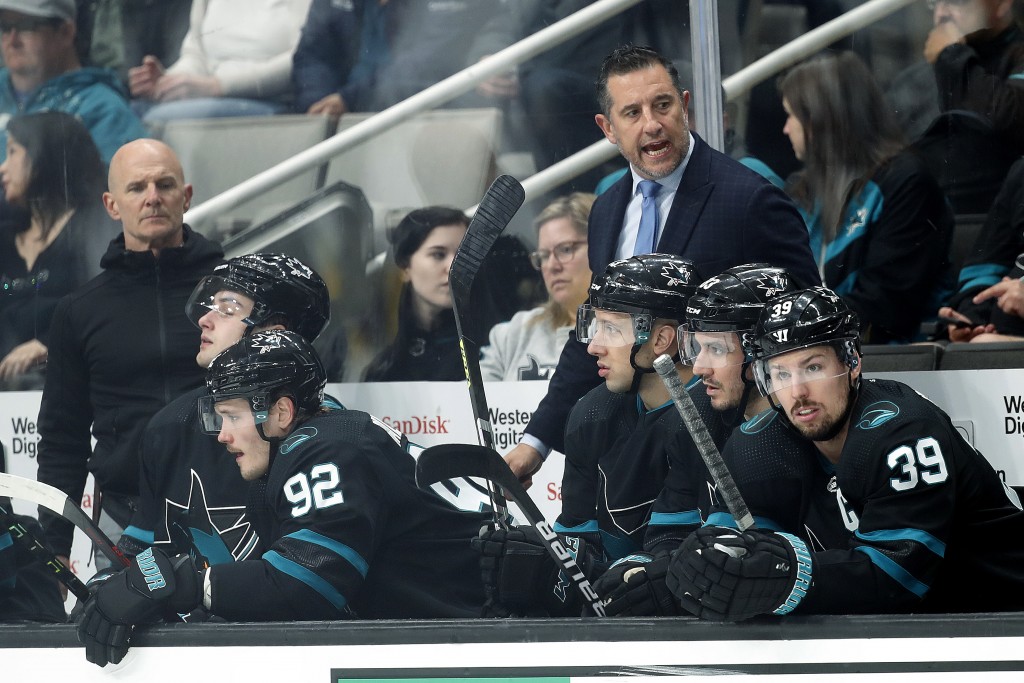 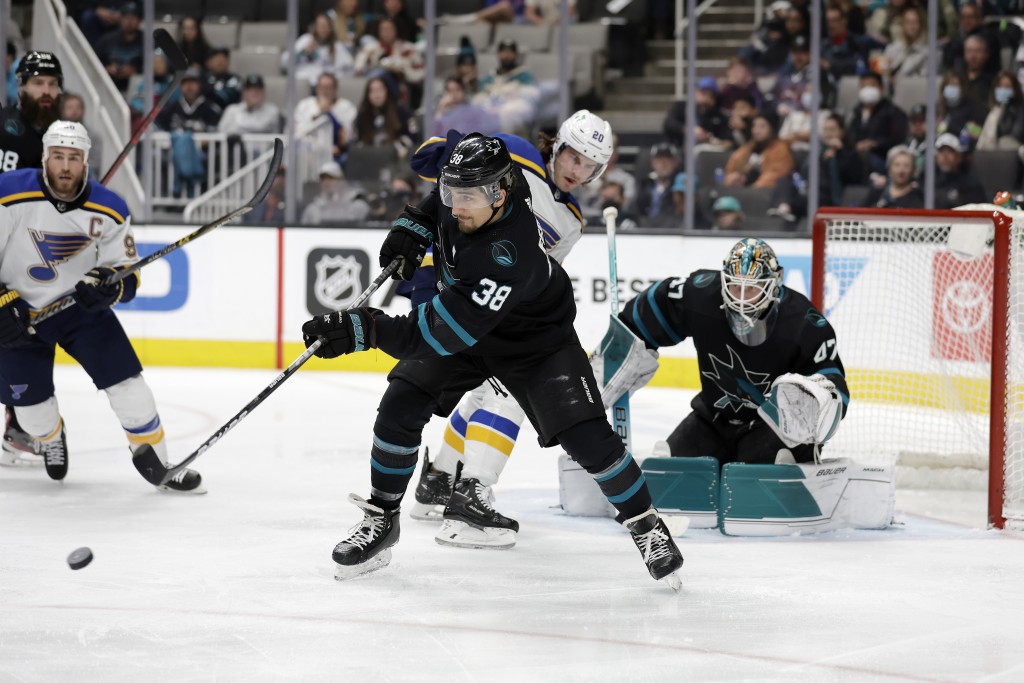 Dakota Joshua also scored and Pavel Buchnevich added an empty-netter to lead the Blues to their 12th win in 14 games. Jordan Binnington made 20 saves.

St. Louis set a franchise record by earning at least a point in a 14th straight game to keep pace with Minnesota in the race for second place in the Central Division and home-ice advantage for the first round of the playoffs. The teams are tied with 105 points, with the Wild having a game in hand.

“That's special,” Binnington said of the team's 14-game points streak. “That's pretty tough to do in this league. We’ve put a pretty good series of games together here. We’ve kept our head down, take them one game at a time. ... We got a good number of points in a row. It’s a good accomplishment.”

Noah Gregor scored the lone goal for the Sharks, who have lost 11 of 12 games and are playing out the string on a third straight season without a playoff berth. James Reimer made 25 saves.

“It was a challenge for us to try to match them,” coach Bob Boughner said. “There were times I thought we did a decent job. You’re not going many games scoring one goal and you’re not going to win against these guys if the power plays are 5-1 at the end of the night. You certainly aren’t going to win against these guys if your best players aren’t your best players and all three of those things happened.”

Thomas gave the Blues the lead for good in the opening minute of the second period when he took a pass from Vladimir Tarasenko and beat Reimer with a wrist shot from the circle.

Thomas has 27 points during his scoring streak that is the longest for the Blues since Pierre Turgeon also had a 15-gamer in 1999-2000. Only Brett Hull (25 games) and Blake Dunlop (19 games) have had longer streaks for the Blues.

“Those are some pretty big names,” Thomas said. “I don’t think we have enough games left to catch those guys. But a pretty cool accomplishment.”

The goal also extended points streaks for Tarasenko (nine games) and Buchnevich (13 games), who both had assists on the goal.

St. Louis maintained control from there, holding the Sharks without a shot on goal for the first 10:42 of the second period.

The teams traded goals early in the first with Gregor getting San Jose on the board when he raced onto a long pass from Rudolfs Balcers and Binnington.

St. Louis tied it about two minutes later with a good shift from the fourth line that led to a no-look pass by Logan Brown from behind the net to Joshua in the slot. Joshua beat Reimer for his third goal of the season.

Reimer kept it tied by robbing Brayden Schenn in the final seconds of the period with St. Louis on the power play.

The Blues scratched defenseman Torey Krug just before warmups with an upper-body injury. He is day to day. Calle Rosen took Krug's spot in the lineup.

The NHL announced earlier Thursday that the Sharks will open their next season with two games in the Czech Republic against Nashville.

Their first of two games at Prague’s O2 Arena Oct. 7 and 8 will mark the first NHL game in Europe since Tampa Bay and Buffalo faced off in Stockholm on Nov. 9, 2019.

The Sharks were a natural pick because of Czech star Tomas Hertl, who recently signed a $65.1 million, eight-year contract to remain in San Jose. Hertl is a native of Prague.