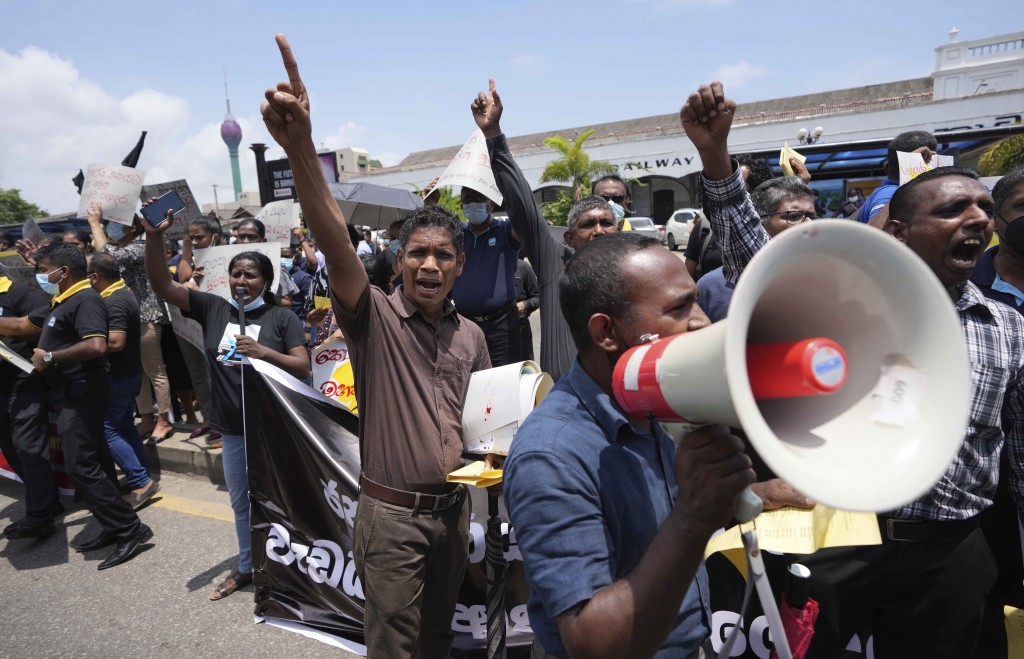 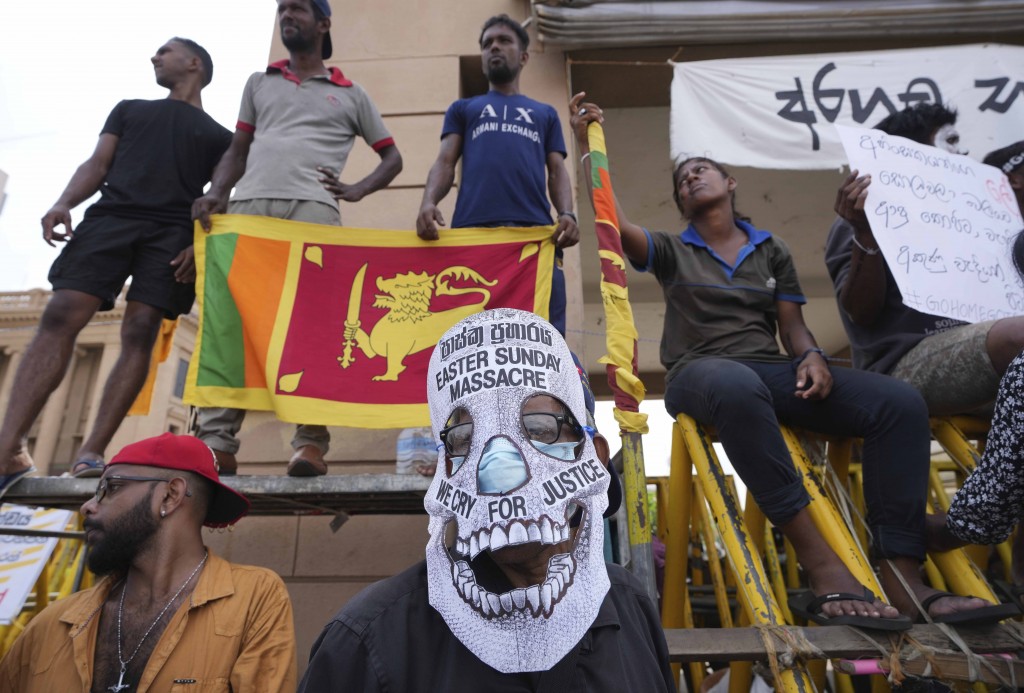 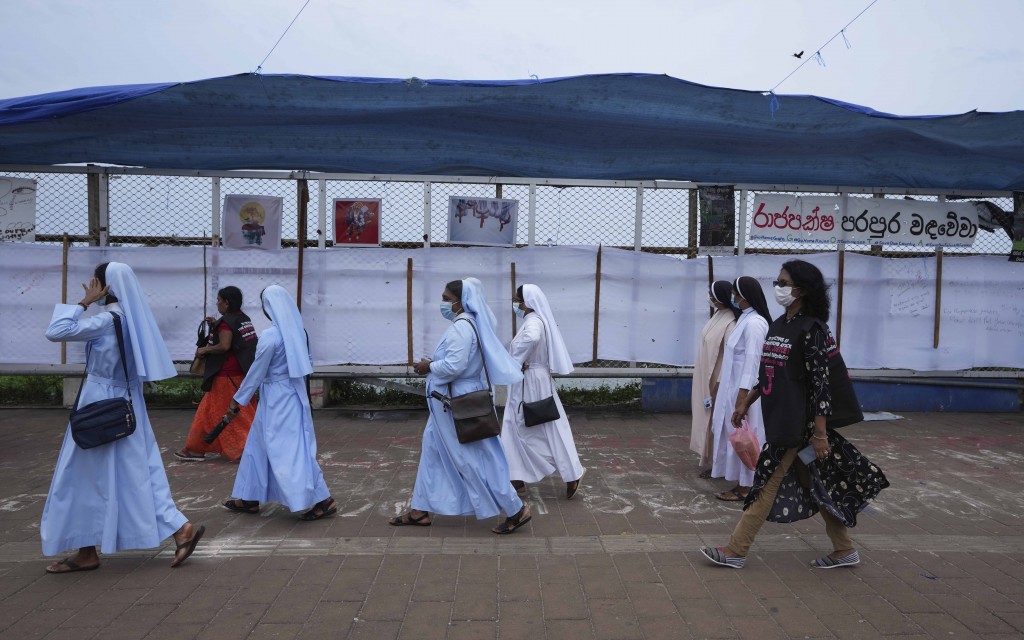 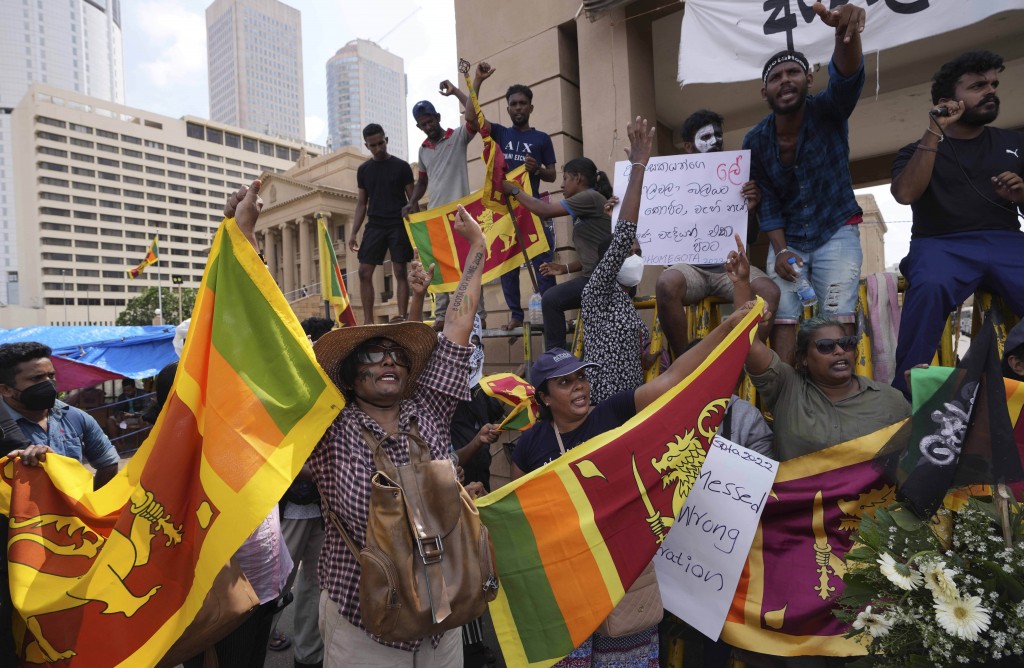 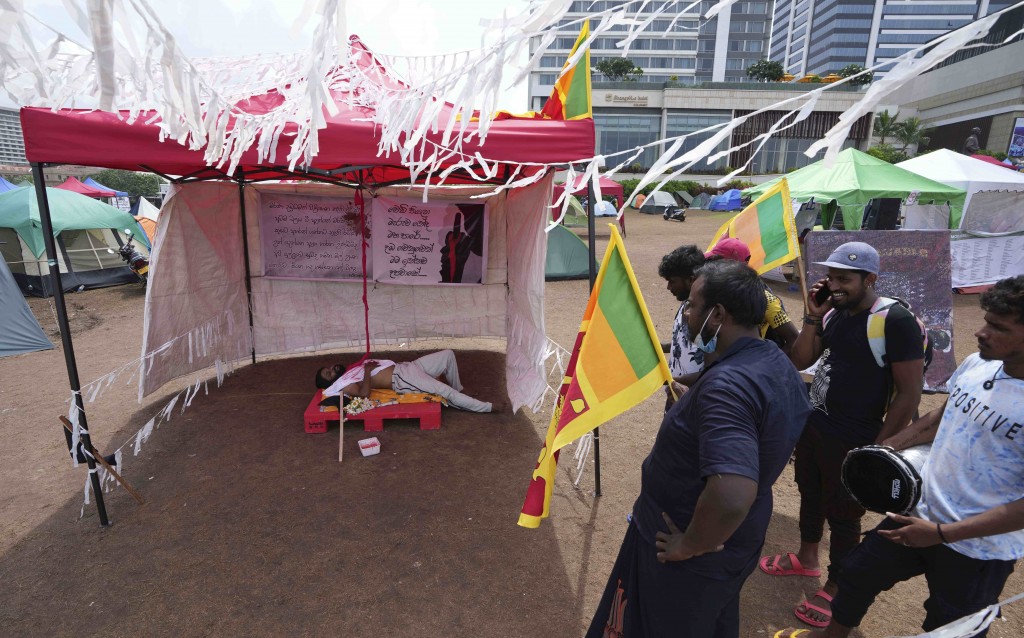 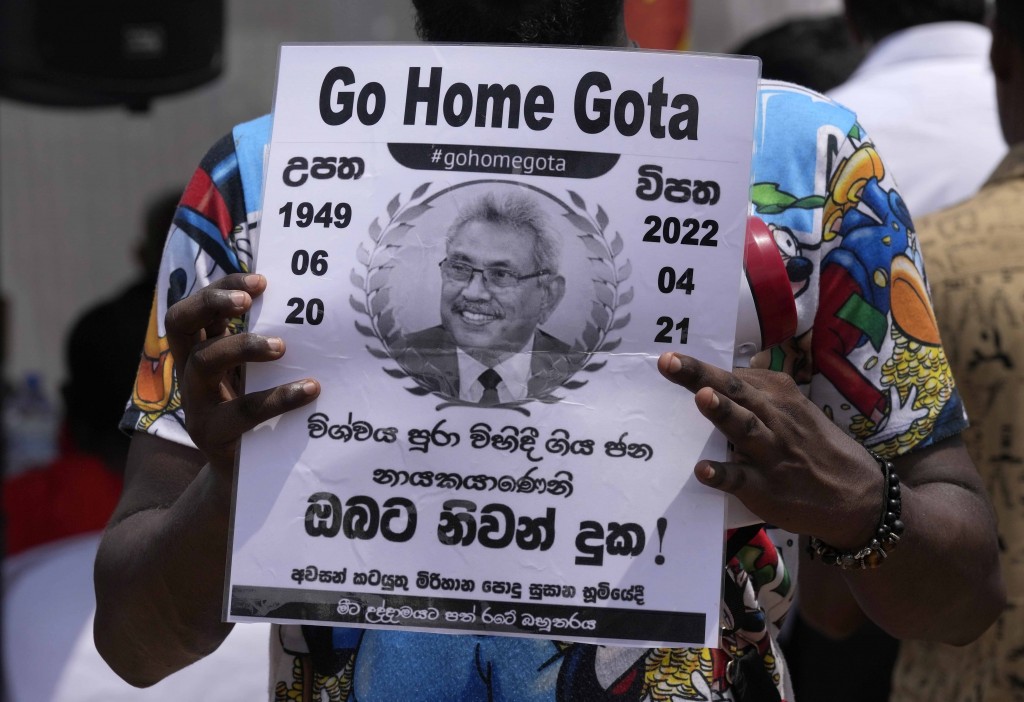 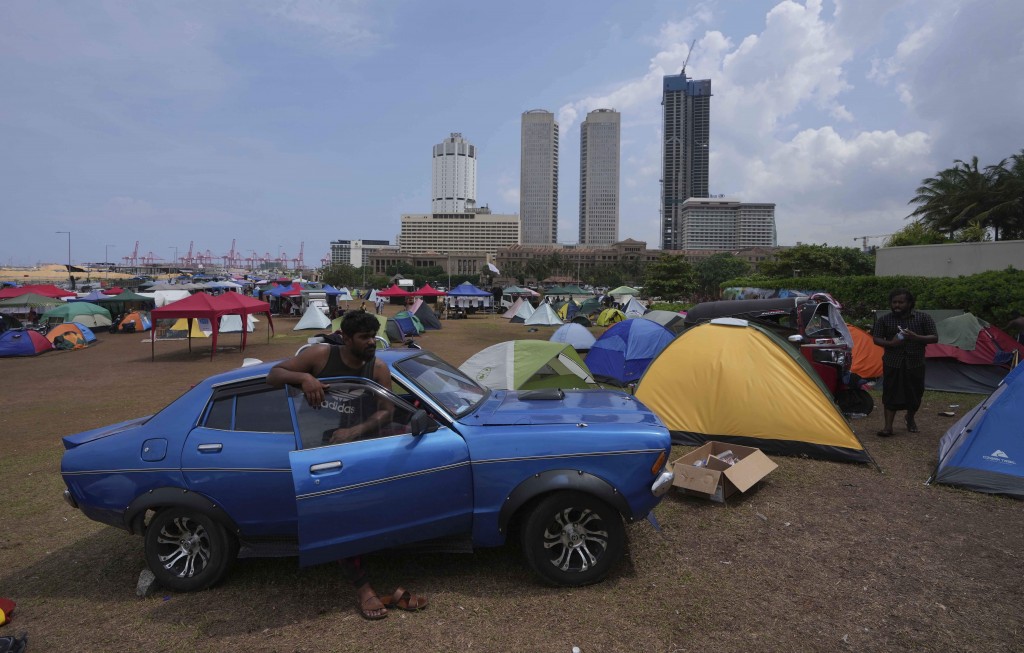 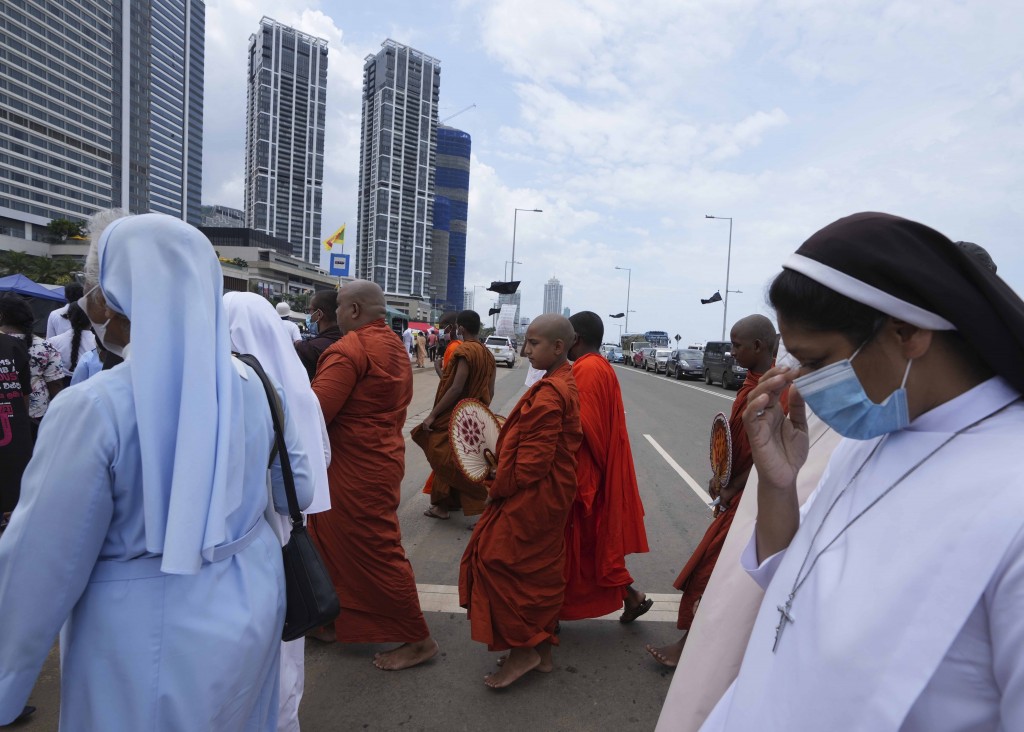 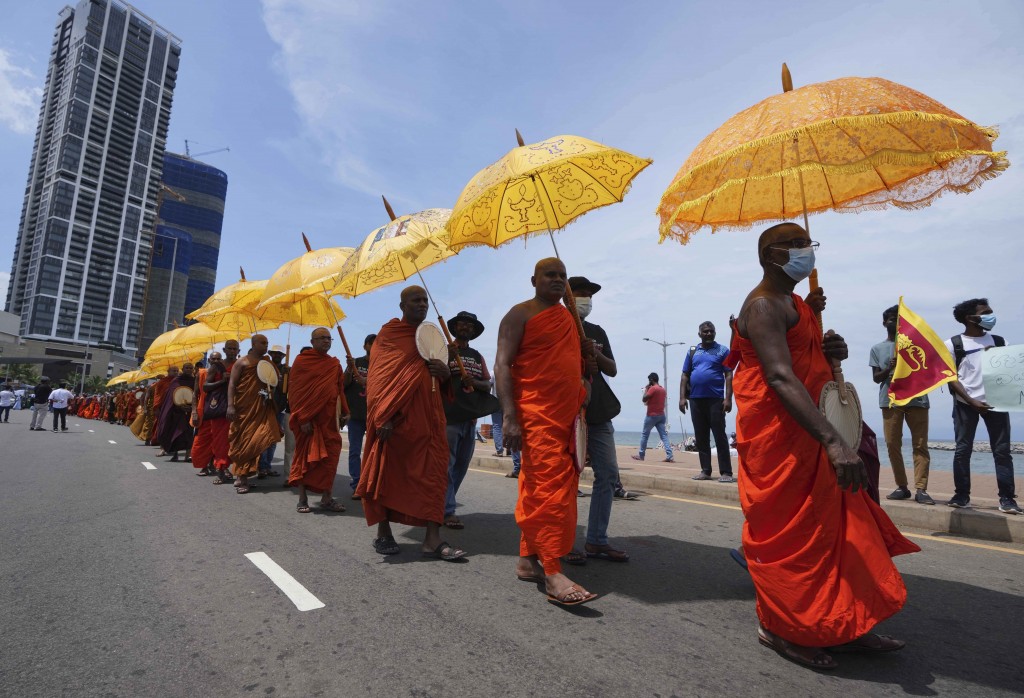 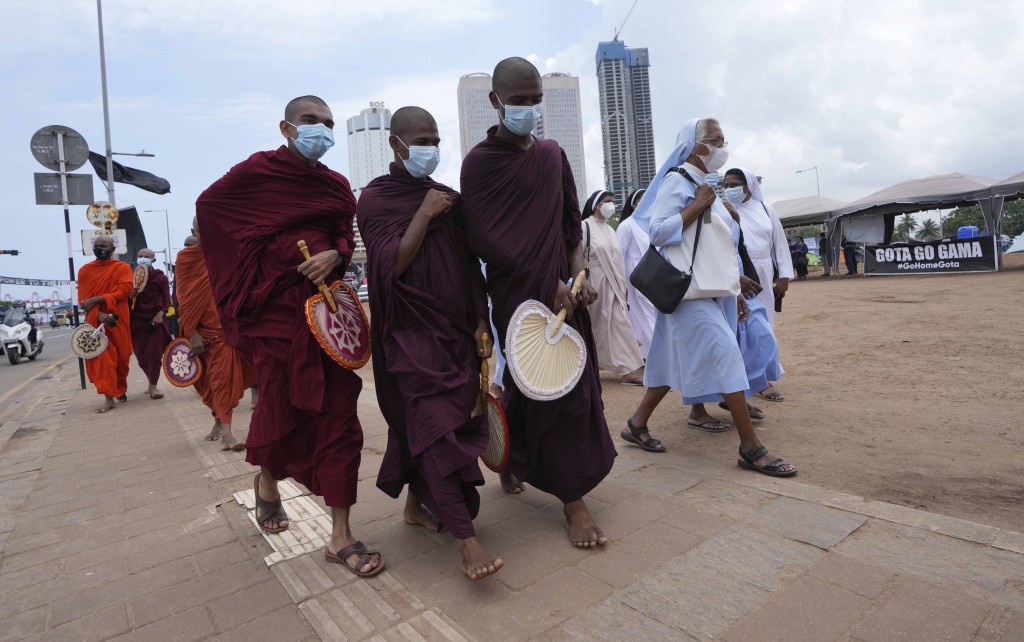 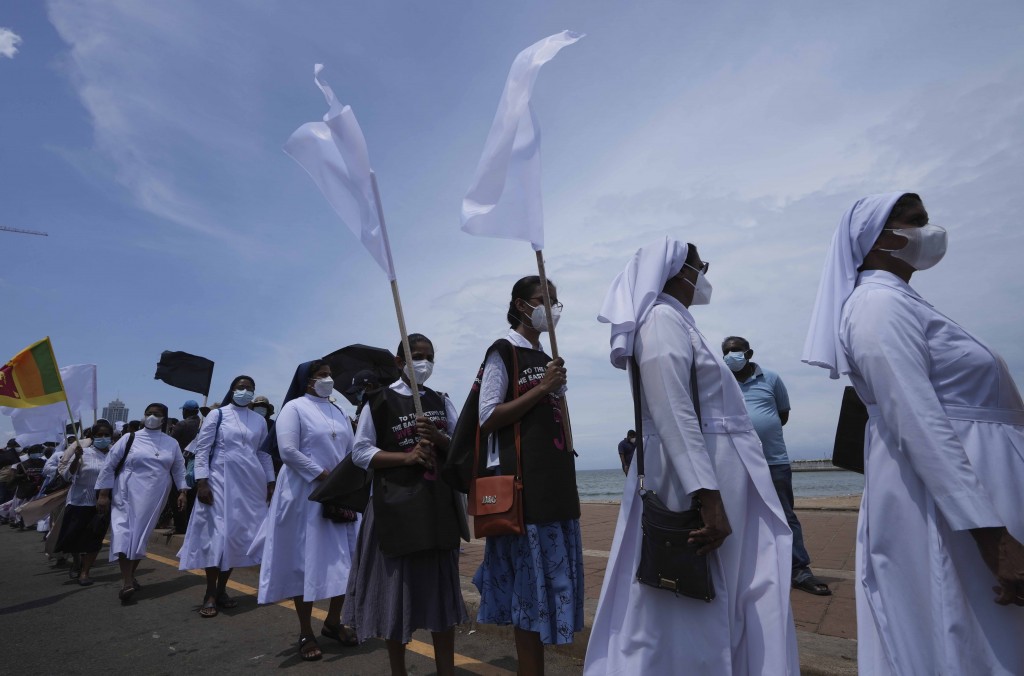 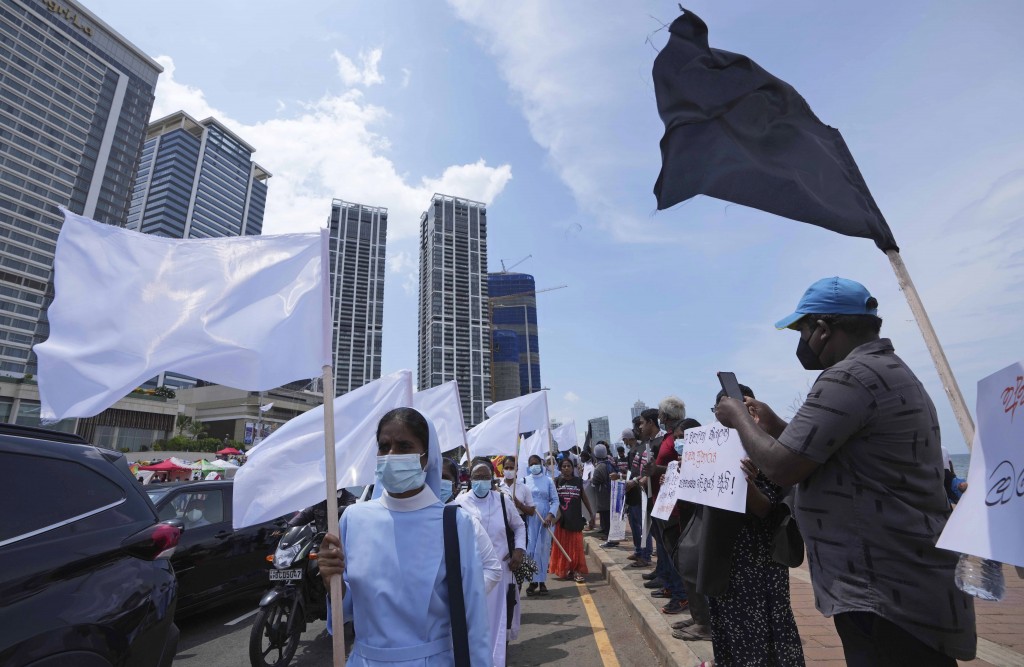 COLOMBO, Sri Lanka (AP) — An international human rights group urged Sri Lankan authorities to conduct a prompt and impartial probe into a police shooting that left one person dead and 13 others injured during protests over the country's worst economic crisis in decades.

New York-based Human Rights Watch asked the government to probe the “apparent use of excessive force by police” in the incident and “take appropriate steps against any wrongdoing.”

Patricia Grossman, the group’s associate Asia director, said the use of live ammunition by police against demonstrators “appears to be a flagrant misuse of lethal force.”

“People protesting government policies that affect their lives and livelihoods shouldn’t have to fear for their lives,” she said in a statement late Wednesday. “International law prohibits the use of lethal force by law enforcement officers unless there is an imminent threat to life.”

The group said Sri Lanka has a long history of failing to provide justice and redress to victims of human rights violations.

The statement came hours after President Gotabaya Rajapaksa pledged an impartial and transparent inquiry into the shooting, which was the first by security forces during weeks of protests and reignited widespread demonstrations across the Indian Ocean island nation.

The shooting occurred in Rambukkana, 90 kilometers (55 miles) northeast of the capital, Colombo. Police said the demonstrators were blocking railway tracks and roads and ignored police warnings to disperse. Police also said protesters threw rocks at them.

The calls for an investigation came as Parliament on Thursday observed a minute of silence in memory of more than 260 people killed in 2019 in Islamic State group-inspired suicide bomb attacks on churches and tourist hotels.

Archbishop of Colombo Cardinal Malcolm Ranjith, at a multi-religious memorial service in Colombo, reiterated his criticism of what he called the government's lack of interest in uncovering those whose alleged inaction contributed to the attacks.

Ranjith has urged authorities to investigate possible links between the attackers and some members of the state intelligence service after reports that they knew at least one of the attackers and had met with him.

Protesters who have camped outside the office of Sri Lanka’s president for 13 days demanding his resignation also offered alms to Buddhist and Christian clergy in memory of the dead.

Much of the anger expressed in weeks of growing protests has been directed at Rajapaksa and his elder brother, Prime Minister Mahinda Rajapaksa, who head an influential clan that has been in power for most of the past two decades. Five other family members are lawmakers, three of whom resigned as Cabinet ministers two weeks ago.

Sri Lanka is on the brink of bankruptcy, with nearly $7 billion of its total $25 billion in foreign debt due for repayment this year. A severe shortage of foreign exchange means the country lacks money to buy imported goods.

Sri Lankans have endured months of shortages of essentials such as food, cooking gas, fuel and medicine, lining up for hours to buy the limited stocks available. Fuel prices have risen several times in recent months, resulting in sharp increases in transport costs and prices of other goods. There was another round of increases earlier this week.

The government has announced it is suspending repayment of foreign loans pending talks with the International Monetary Fund on a rescue plan.

The ministry announced the aid after Foreign Minister Gamini Peiris met with Chinese Ambassador to Sri Lanka Qi Zhenhong. Qi earlier said China is mulling a request for $2.5 billion in economic assistance including a credit line to buy essentials and a loan.

The debt crisis is partly blamed on projects built with Chinese loans that have not made money.