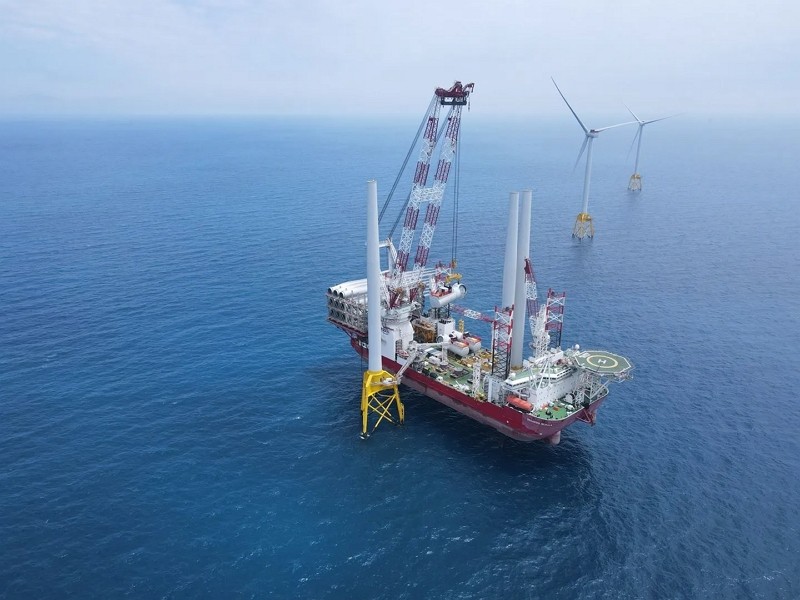 TAIPEI (Taiwan News) — The largest and the first far-shore wind farm in Taiwan has begun delivering power, a milestone for Danish multinational power company Orsted as it seeks to build a presence in the Asia Pacific.

Located 35-60 kilometers off Taiwan’s west coast, the Greater Changhua 1 & 2a offshore wind farm has seen its first wind turbines put into service, the company said in a statement on Thursday (April 21).

A total of 111 Siemens Gamesa-manufactured wind turbines will be installed with a capacity of 900 MW. It is expected to power a million Taiwanese households upon completion through the national grid run by Taipower.

It took less than four years for the plant to start operations since the project's bid was secured, an achievement the company attributed to the support of the government and suppliers despite disruptions caused by the COVID-19 pandemic. The construction of the farm was a result of the effort and expertise of thousands of people, said Co-CEO of the farm, Frida Persson, adding that the firm had to overcome the challenges involving the unique conditions of the site and the weather in the Taiwan Strait.

The project will play a significant role in Taiwan’s transition to renewable energy and help the country achieve net-zero emissions, Orsted believes.

The Tsai Ing-wen (蔡英文) administration has vowed to attain carbon-neutrality by 2050. As of December 2021, Taiwan had put in place 1,062 MW installed capacity from wind energy, 237 MW of which hailed from off-shore facilities, per the Green Energy Industry Promotion Center.