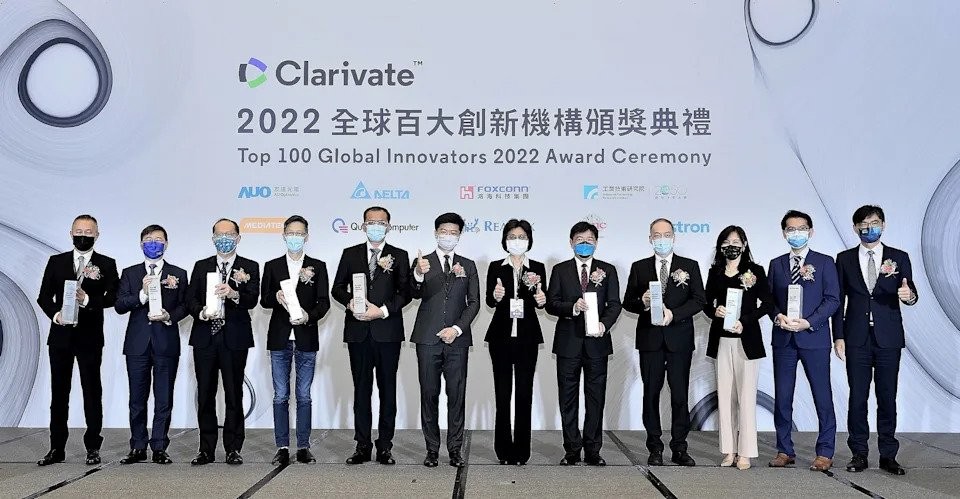 Winners included Industrial Technology Research Institute (ITRI), Foxconn, MediaTek, Quanta, and Taiwan Semiconductor Manufacturing Company (TSMC), who have all won in previous years. There were a string of new entrants as well, including AU Optronics, Delta Electronics, Wistron, and RealTek.

The Top 100 Global Innovators is a list of companies and institutions that contribute new ideas, solve problems and create new economic value, according to the official website of the Clarivate, an analytics company that hosts the awards.

Some entities, such as ITRI, were recognized for the sheer volume of their intellectual property (IP) patents.

ITRI, together with partners in the private sector, government and academia, has built an IP bank, which pools patents together for a variety of industries. These include IP for 5G, electric vehicles, and green technologies, just to name a few.

He said that ITRI is pushing to better integrate capital and technology markets.