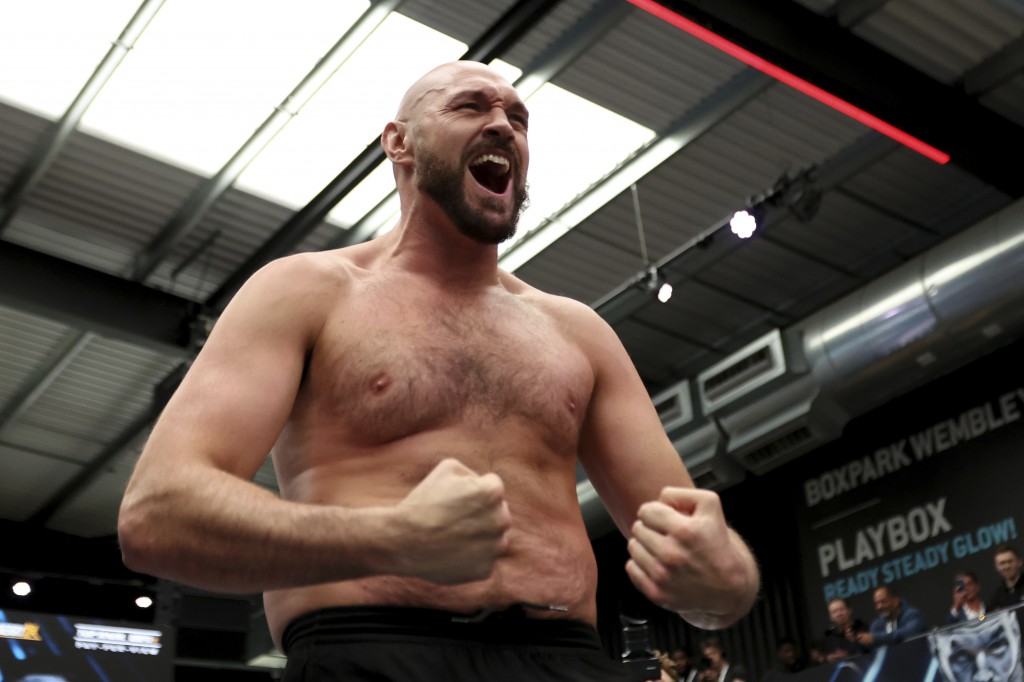 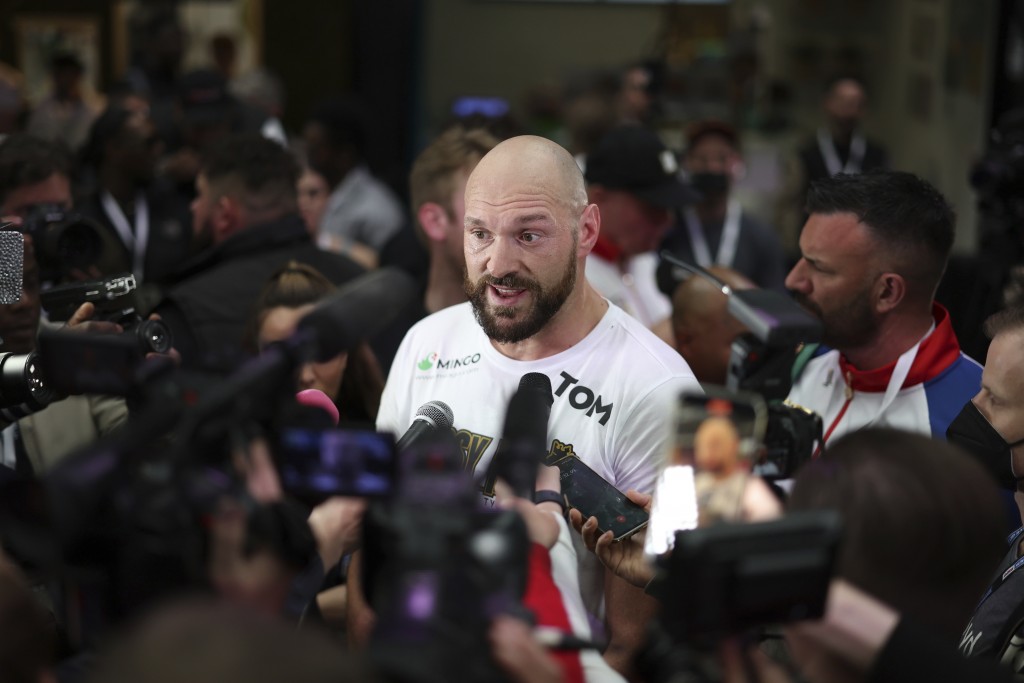 LONDON (AP) — World heavyweight champion Tyson Fury was already in full flow at a prefight promotional event when the announcement dropped that his one-time management company was abruptly shutting down.

MTK Global's announcement followed a week of cascading pressure since the U.S. ambassador to Ireland, Claire Cronin, announced a reward of $5 million for information that will lead to the “financial destruction” of the Kinahan crime gang or the arrest and conviction of its leaders. MTK blamed “unprecedented levels of unfair scrutiny and criticism” since company founder Daniel Kinahan was hit with financial sanctions. Daniel Kinahan was named as one of the heads of the gang.

The only questions posed to Fury and WBC title challenger Dillian Whyte during Wednesday's news conference came from the top table host.

The first attempt by The Associated Press to ask Fury about MTK's closure was met with silence as he posed for photos with Whyte after the crowded event where the gathered media were never called on to ask questions.

Fury was leaving the room when he was then asked whether he would help U.S. authorities — as the Treasury Department has requested — with information that will lead to the arrest and conviction of members of the Kinahan gang.

Fury's response was to raise his middle finger in images broadcast by fight organizers.

Fury was previously promoted on the MTK website as “the best heavyweight on the planet” but the Briton has said he cut ties two years ago. MTK ceased operations despite claiming in recent days that Kinahan has not been involved since 2017 in the management company.

“Since leading promoters have now informed us that they will be severing all ties with MTK and will no longer work with our fighters,” MTK said, “we have taken the difficult decision to cease operations at the end of this month.”

Even before the U.S. announcement last week, Kinahan had previously been identified by the High Court in Dublin as being a senior figure in organized crime, involved in international drug-trafficking operations and firearm offenses.

Kinahan was pictured with Fury in February in Dubai and has attempted to organize fights for Fury in the past.

Fury still declined an opportunity to say on Tuesday if he had severed all relations with Kinahan.

Fury himself has been a controversial figure. There was a backdated two-year doping ban for having elevated levels of nandrolone in urine samples provided after fighting in 2015. Fury also had to reapply for his British boxing license, which was suspended over separate incidents of drug use and medical issues.

“A druggie, an alcoholic, all the rest of the stuff I am not ashamed of,” Fury said. "It's a part of who I am.”

He can be sure of a supportive crowd when more than 90,000 fight fans pack into Wembley on Saturday night.

“I’m willing to do whatever it takes," Fury said. "I’m that kind of fighter where whatever I’ve got to do, I would do. Anything, victory by any means necessary, I’ll do that. I’m not scared to take risks. I’ve taken risks my life, so it’s nothing new.”