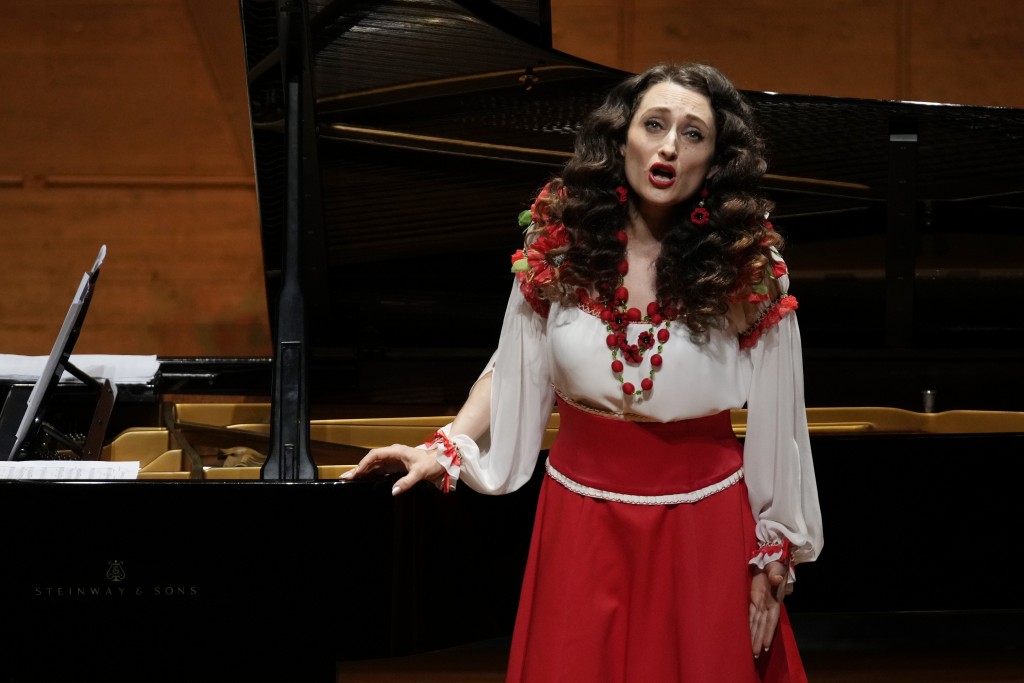 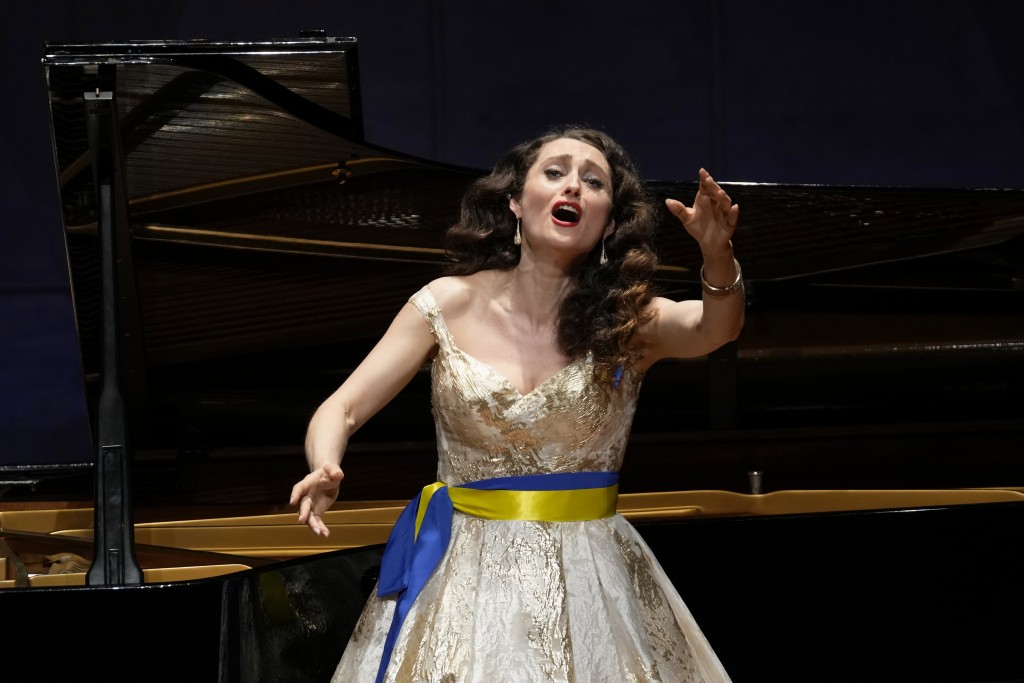 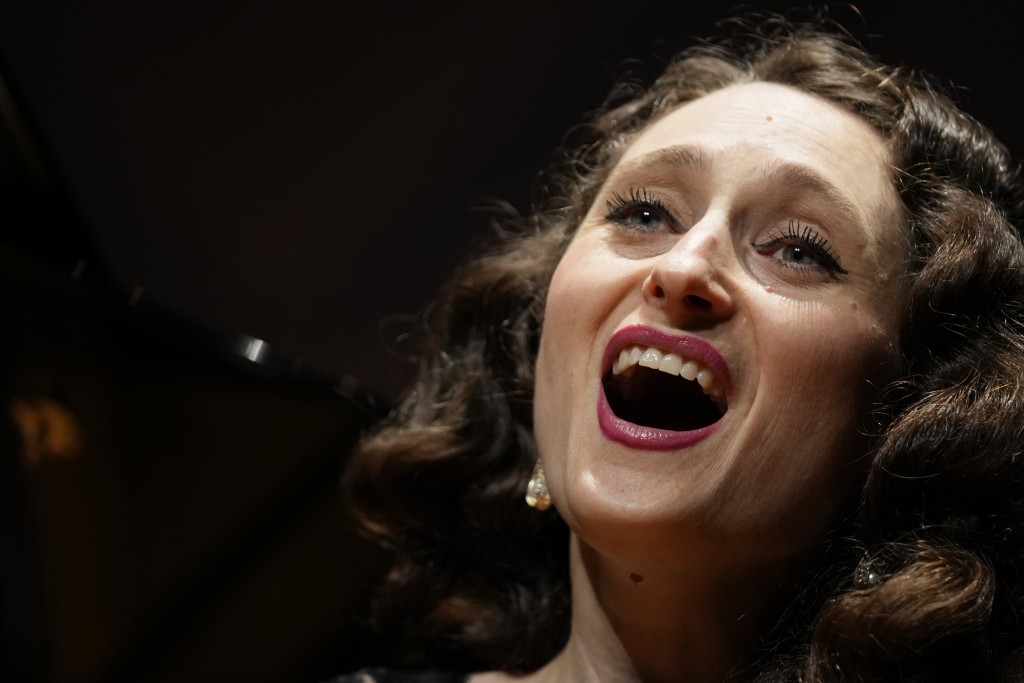 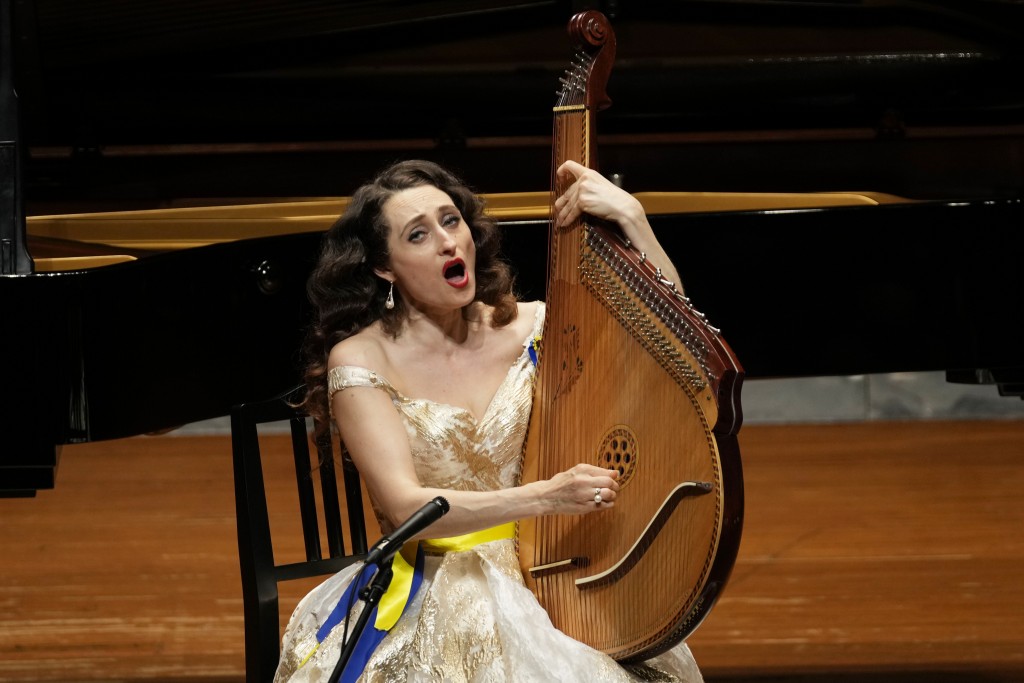 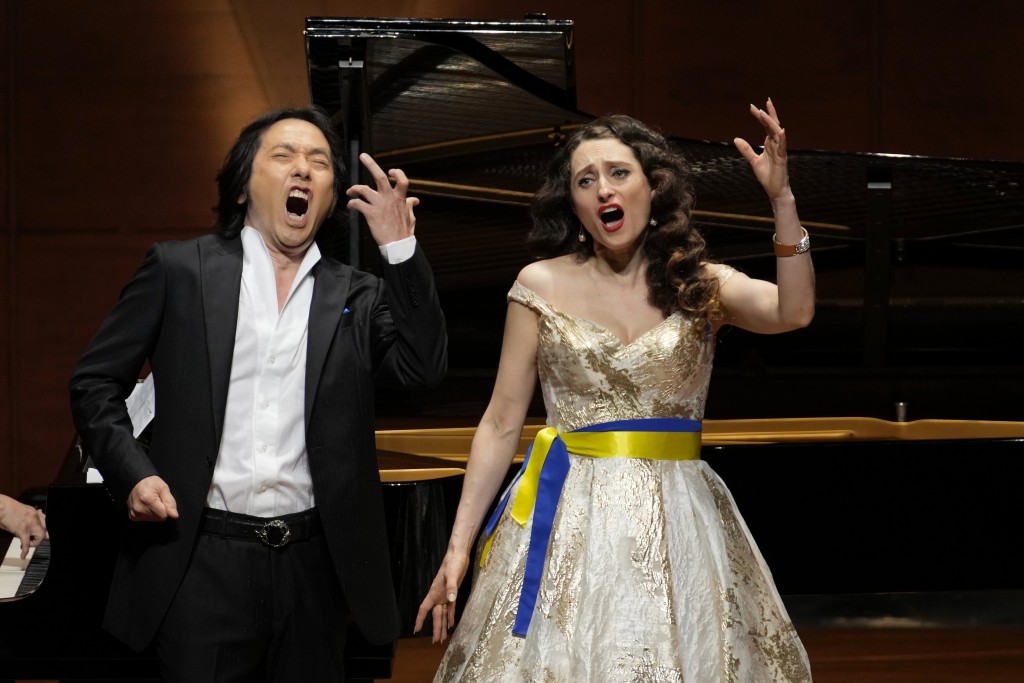 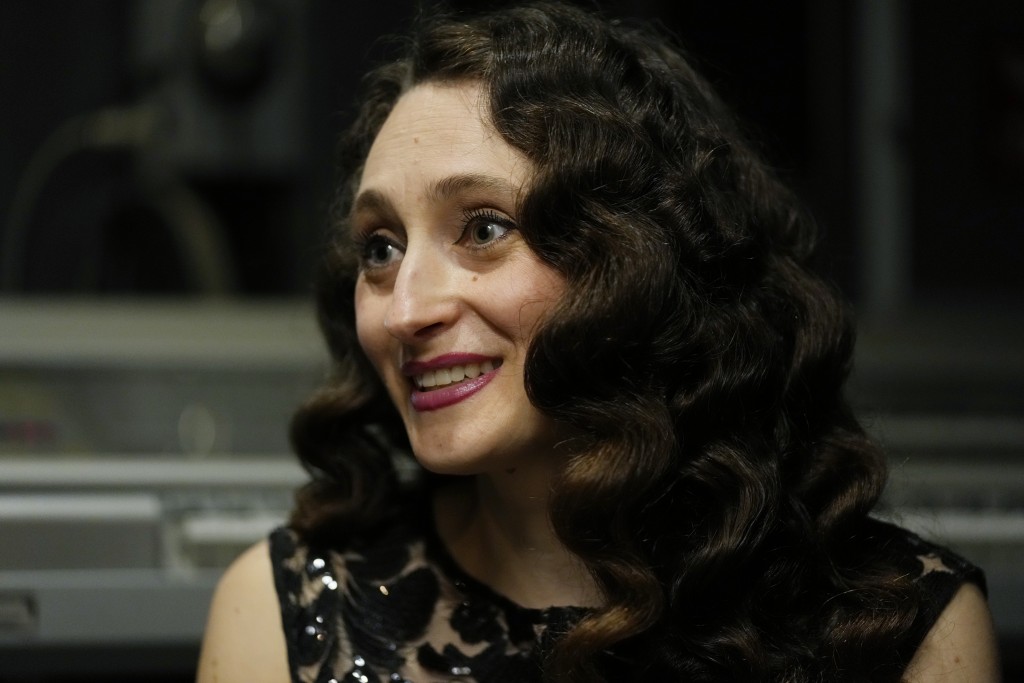 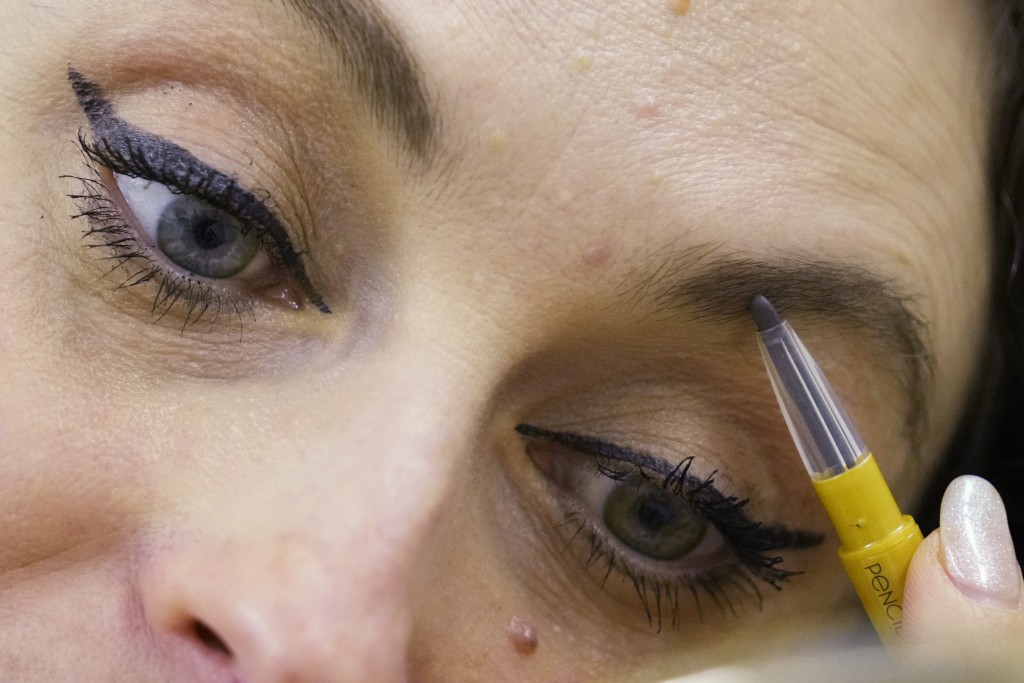 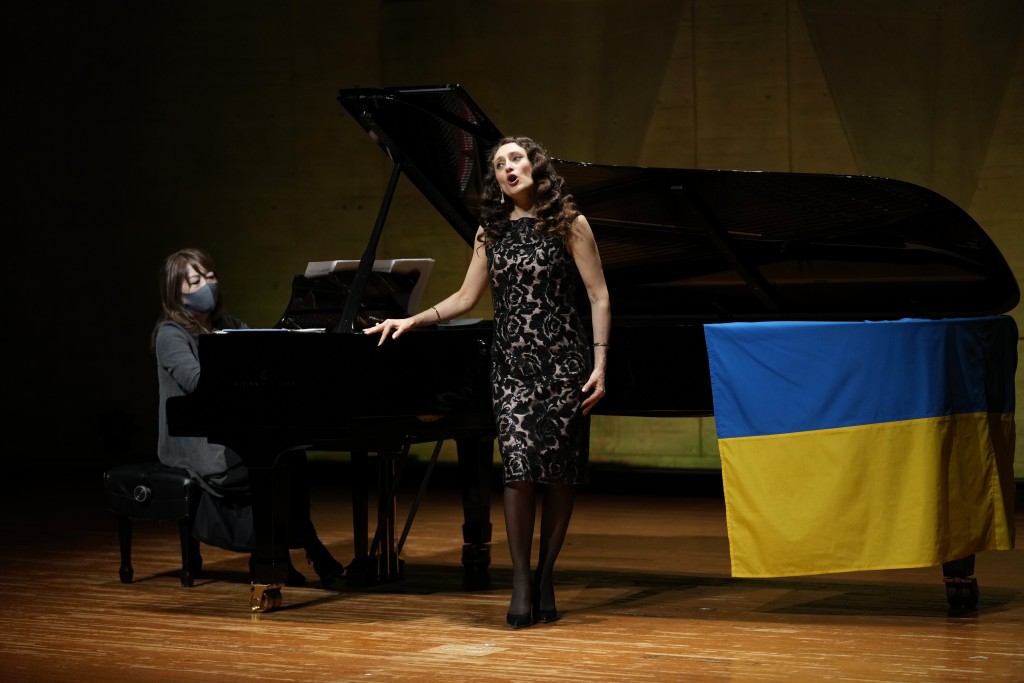 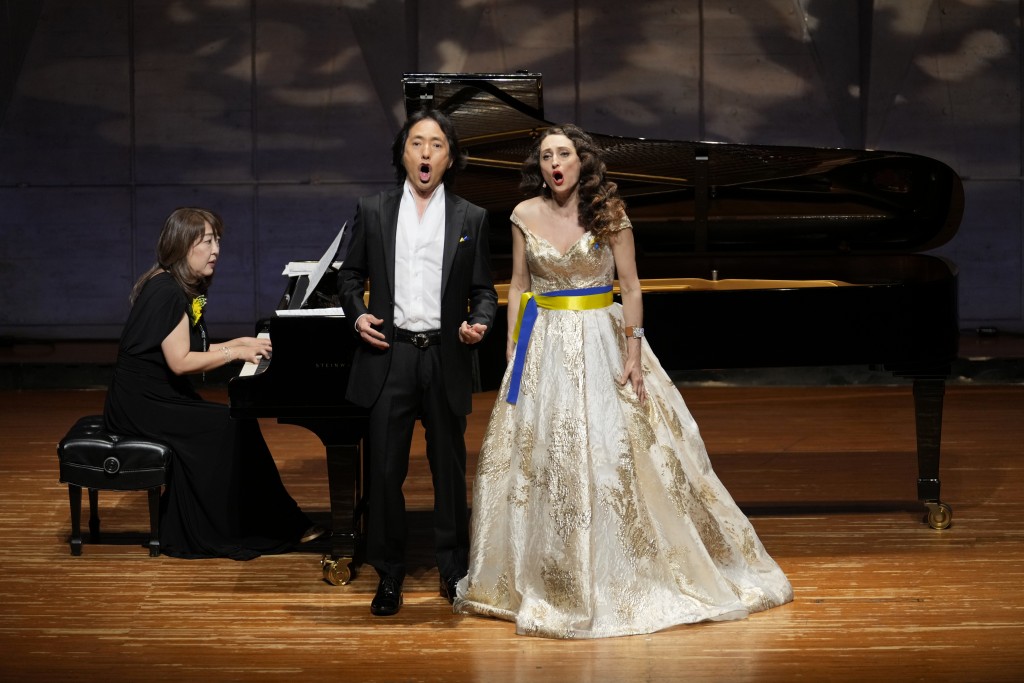 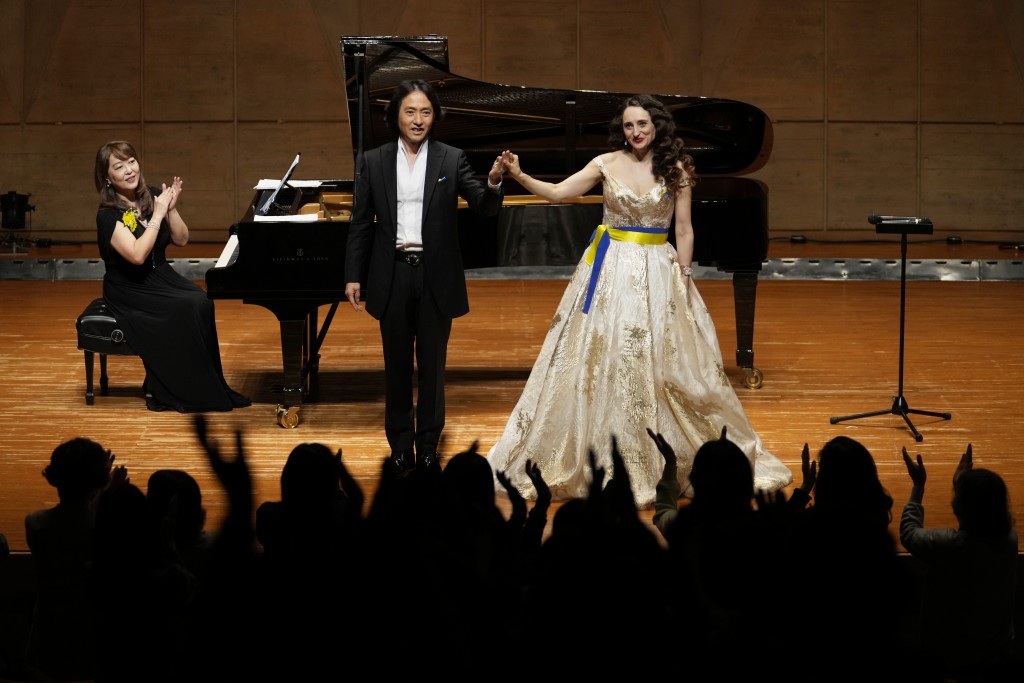 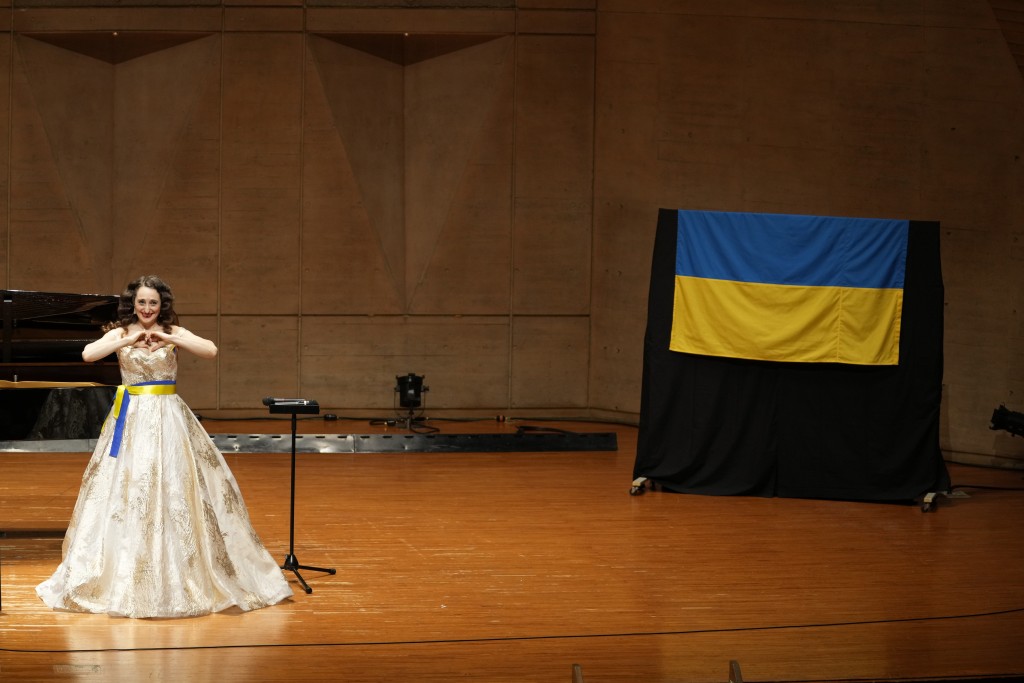 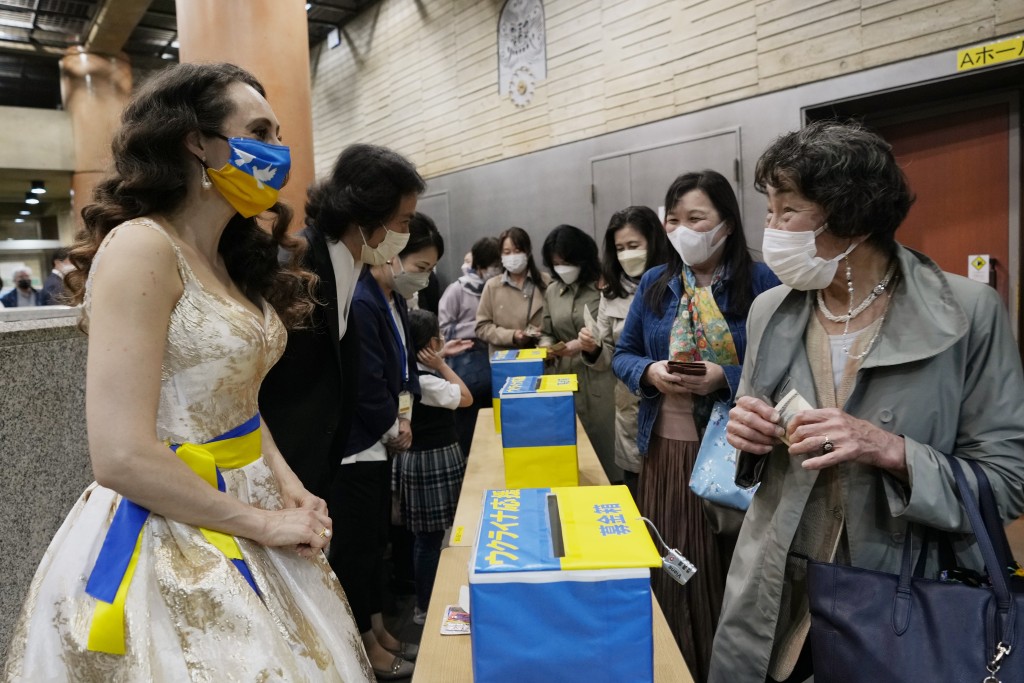 TOKYO (AP) — The Ukrainian song has no words.

When Oksana Stepanyuk, an award-winning soprano with The Japan Opera Foundation, performs “Melody,” composed by Myroslav Skoryk, her voice turns into a wail of mourning, a pensive but piercing prayer for her homeland.

“It’s like I’m crying through the melody for people who are already in heaven,” she said.

Stepanyuk, who has been singing in Japan for two decades, is dedicating her latest series of concerts to peace.

Admission was free. But the packed crowd, who gave a standing ovation, was stuffing bills into the blue and yellow boxes at the door, collecting donations for water, food and medicine for Ukraine.

“Music has no borders. I don’t have to say any words. Music will save this world,” Stepanyuk said backstage at Kokubunji Izumi Hall in Tokyo recently.

Stepanyuk, a graduate of the Pyotr Tchaikovsky National Music Academy of Ukraine and officially named “Merited Artist of Ukraine,” is probably the most famous Ukrainian in Japan.

“My voice I think is a gift from God. I feel on the stage that I have to give back to the audience everything that I have, my talent, my voice, my soul, my heart, and through my music they can feel what I am feeling,” said Stepanyuk.

Japan feels far away from the brutalities raging in Ukraine. It has accepted about 400 war-displaced Ukrainians since the Russian invasion two months ago.

Before that, Ukrainians residing in Japan totaled about 1,800 people — only a handful of them artists — and a fraction of the more than 53,000 Americans who live there.

At each concert, Stepanyuk brings the spirit of Ukraine, loud and clear and several octaves high as a lyric coloratura soprano, a kind of voice characterized by extreme agility and flexibility.

The composition by Skoryk that she performs is such a signature of Ukraine that it played as the orchestral score when President Volodymyr Zelenskyy delivered his video message last month to U.S. Congress.

Besides singing a lovely rendition of Puccini’s aria, “Oh My Beloved Papa,” Stepanyuk plays a 63-string bandura — a Ukrainian instrument that resembles a harp and banjo combined.

When she sang the national anthem of Ukraine, Minister-Counsellor Oleksandr Semeniuk and two other embassy officials in the front row stood up, their hands to their hearts.

“We are a peaceful country. We have a beautiful land.” she said, stressing she has never felt prouder of being Ukrainian.

Stepanyuk was later joined by Japanese tenor Masafumi Akikawa in a duet of Nino Rota’s “Love Theme” for the 1968 film “Romeo and Juliet,” directed by Franco Zeffirelli.

“Having fun at this concert will help lead to peace,” Akikawa said from the stage.

Pacifism lies strong in Japan, a nation devastated by World War II, including the atomic bombings of Hiroshima and Nagasaki. Unsurprisingly, Japanese have shown an outpouring of empathy for Ukraine.

Akiko Ito, a retired teacher, was choking on her words after the concert, noting her heart literally ached from helplessness.

“All I can do is pray. But I felt from the bottom of my heart that I want all our thoughts to come together here to relay to Ukraine,” she said.

Stepanyuk ended up living in Japan almost by accident, having also been offered a job in her 20s in Italy. But she chose to work in Japan, where she became an instant hit, performing in operas and concerts before prime ministers. She used to win awards. Now, she judges competitions. She is also in demand as a teacher.

Her Ukrainian husband, who proposed 22 years ago, just three days after he heard her sing, is constantly by her side. The gold wristwatch he gave her then still tells correct time, she said with a smile.

Their two children, 13 and 6, attend Japanese schools and are so far more interested in karate than in singing. Her favorite Japanese food is sushi and unagi, or eel, which she vows gives her all the stamina an opera singer needs.

Still, she worries about her parents and her younger sister back in Ukraine. They talk every day. Her parents remain fiercely loyal to Ukraine, she said.

She quoted her mother as telling her, “We are waiting for the victory. And then please come and we drink champagne."

Concert attendee Hiroshi Kubota, decked in a yellow shirt and blue sweater in support of Ukraine, said he was deeply moved.

“I clearly felt her message of trying to address the horrors of what’s happening with prayer and song,” he said.