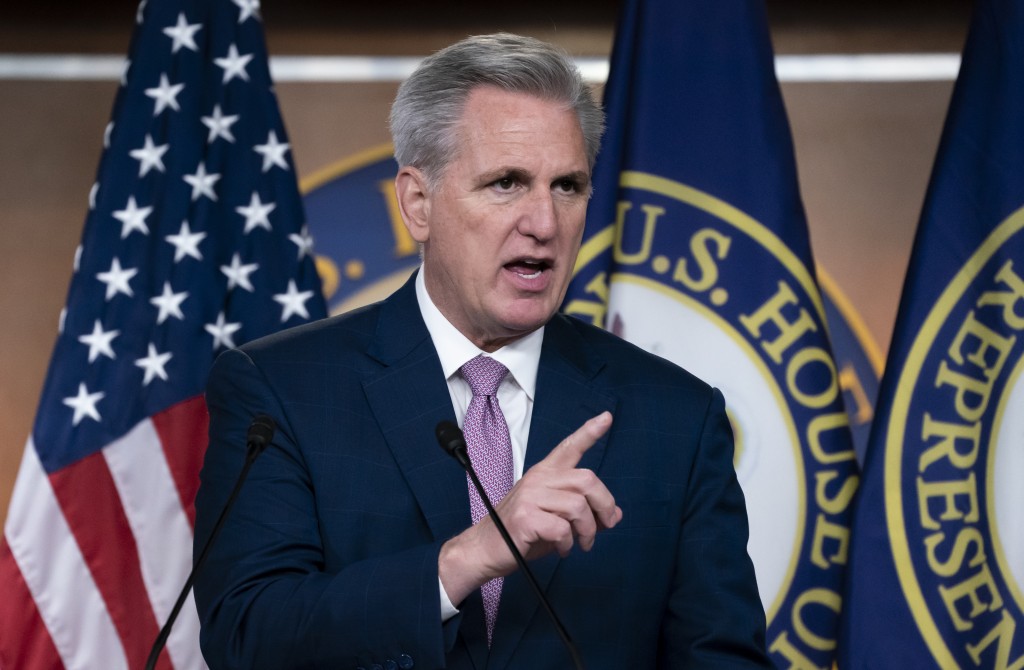 During a televised interview on Fox News Sunday, McCarthy urged President Joe Biden to learn from his mistakes in Ukraine and apply them to handling a possible Chinese invasion of Taiwan.

"What we need to do is learn from here… but also look to the future of what China is doing," he said. "Taiwan has been waiting more than a year for weapons they've already purchased to defend themselves. Let democracies defend themselves. This is a lesson we should learn today."

MOFA Spokesperson Joanne Ou (歐江安) said that as authoritarian expansionism increasingly threatens global peace and stability, “Taiwan has firmly safeguarded the country’s freedom and democracy and its people’s security.” She added that Taiwan has continued to strengthen its national defense.

At the same time, the country has deepened cooperation with the U.S. and other like-minded countries “to jointly protect the rules-based international order, to defend security across the Taiwan Strait, as well as to advance peace and stability throughout the Indo-Pacific region,” MOFA said.