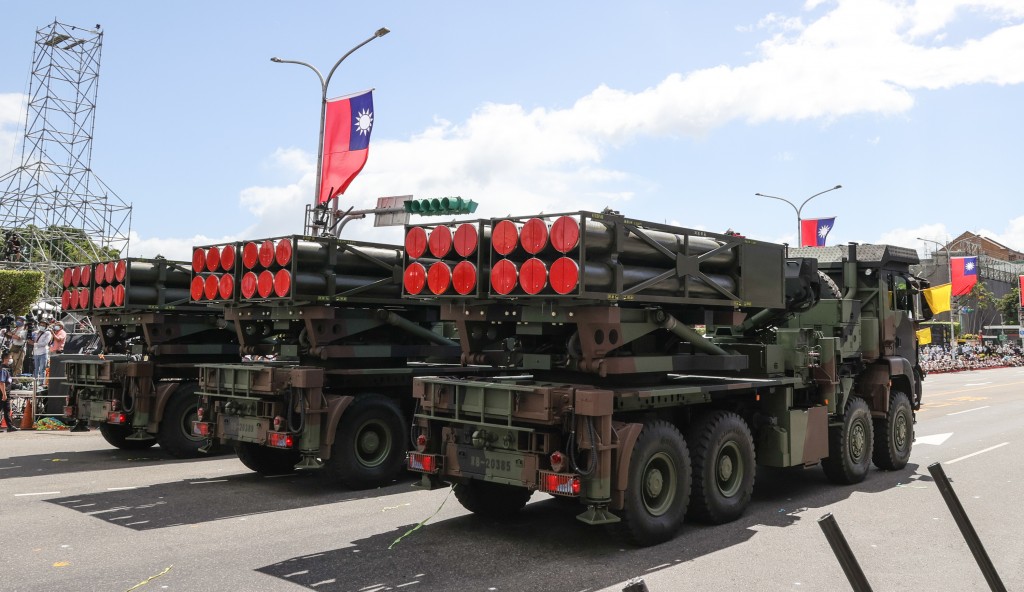 The two new rocket variants have ranges of up to 70 and 100 kilometers, with the 70-km range munition ready to be tested this month, the Liberty Times cited the officials as saying. Live-fire trials will involve both fixed and mobile launchers.

If the rocket passes evaluations and meets military operational requirements, small-scale production could start as soon as the end of this year, per the Liberty Times.

Thunderbolt-2000s are currently deployed in Kinmen, Matsu, Penghu, and the main island of Taiwan and are capable of firing three rocket types with ranges of 15 km, 30 km, and 45 km.

Officials said that ever since the U.S. sold Taiwan the M142 High Mobility Multiple Launch Rocket System, NCSIST has been working on a domestic version of the Army Tactical Missile System that is compatible with the Thunderbolt-2000. The institute is in the initial stages of research and development and hopes to eventually have a missile with a range of 150 km, according to the Liberty Times.