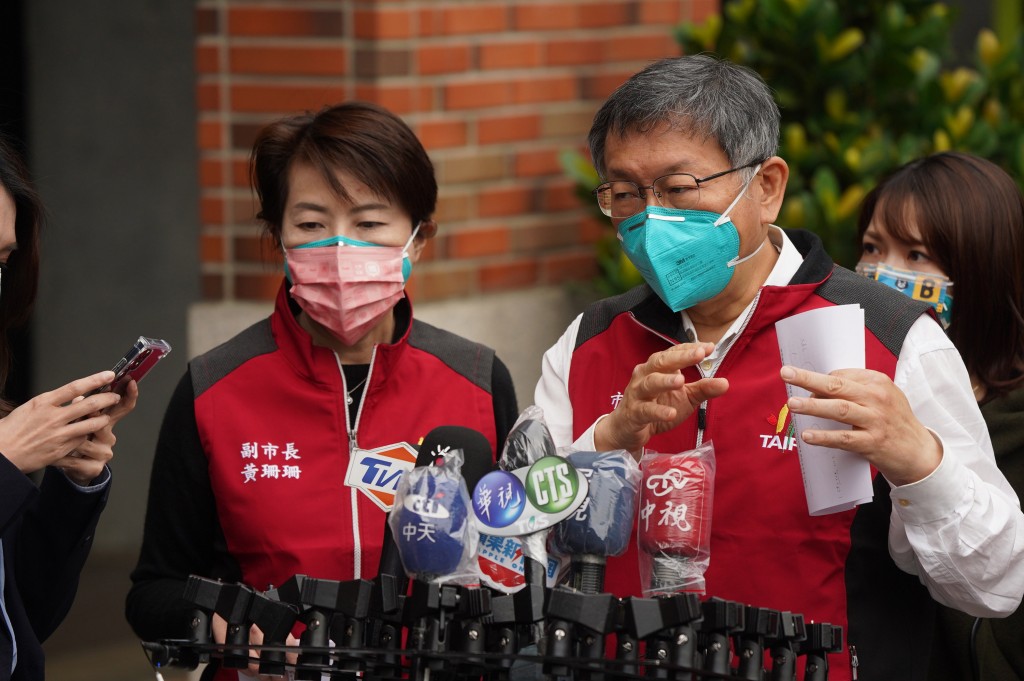 TAIPEI (Taiwan News) — Taipei Mayor Ko Wen-je (柯文哲) and Taipei Deputy Mayor Vivian Huang (黃珊珊) entered home isolation on Sunday (April 17) after it was found that they had come in contact with a confirmed COVID case.

Taipei City Government Spokesperson Vicky Chen (陳智菡) announced Ko and Huang were notified that day that a member of the Intelligent Transportation Society (ITS) of Taiwan with whom they had met at Taipei City Hall on April 13 had tested positive for COVID Saturday (April 16). The two underwent testing at Taipei City Hospital Renai Branch and immediately began home isolation.

On April 15, a member of the city's Media Affairs Division also tested positive, prompting 17 contacts, including Chen, to enter home isolation. Sunday morning, Ko had joked that without the spokesperson, there was no one to restrict his "freedom" and later attended a Taiwan People's Party event and spoke to the media before receiving notice that he had come in contact with a confirmed case.

Chen explained that the ITS-Taiwan member who was diagnosed had recently been part of a tour group that traveled to Penghu County. Many other members of the tour group have since been diagnosed with COVID as well, Chen said.

She pointed out that Ko and Huang had come in contact with a confirmed case at 1:30 p.m. on Sunday and that although the two had worn masks throughout their interaction with the case, they were deemed to have been close contacts. Chen added that Ko and Huang's PCR tests had been negative.