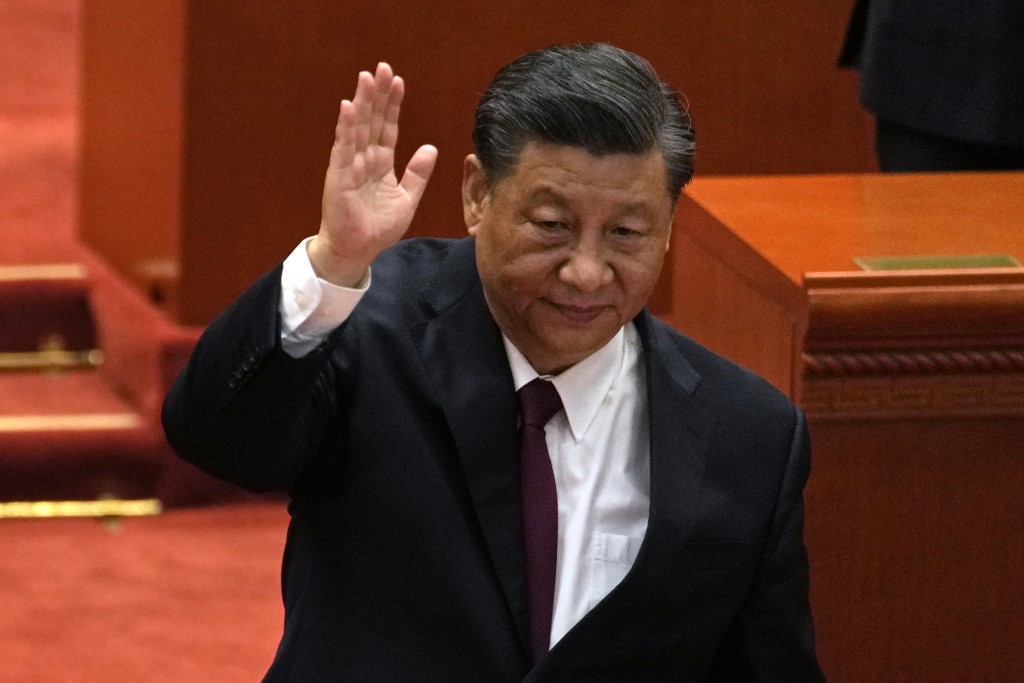 TAICHUNG (Taiwan News) — Could Chairman Xi Jinping (習近平) fail to be elected to a third term at the 20th National Congress of the Chinese Communist Party (CCP) later this year? More broadly, how stable is the party’s rule over China?

The truth is, we don’t know. We can’t look at opinion polling, see voting patterns on the issues, or come to reliable conclusions based on anecdotes of how 1.4 billion people of wildly different backgrounds and situations think. The demise of Xi and the CCP party-state has been predicted for nearly as long as either has been in power, and currently, both look firmly in control.

But all things come to an end eventually. It’s just a question of how and when.

Usually, it happens “slowly, then suddenly.” In the case of authoritarian regimes, their downfall is often a long, slow burn of losing popularity over issues that eventually explode into a prairie fire of discontent, often sparked by mismanagement, a crisis, or multiple crises.

Authoritarian regimes are binary by nature. Pent-up frustrations have no outlet in the polls, protests (without serious risk), or on social media.

This means that either an authoritarian regime manages to control the people's frustrations and lives on, or it doesn’t and ceases to exist. There are only so many people the CCP can shoot before being overwhelmed with societal discontent.

In my first column in this series, I pointed out that in recent years, the CCP’s management of crises has followed a pattern. First, a crisis occurs that is either woefully underprepared for or actually created by very poor long-term planning.

Next, the response is confused and mishandled as low-level officials refuse to take risks, and valuable time is lost. Then, the top echelons of power step in, usually too late, and take a brutalist and extreme approach — often causing more damage and destruction.

That column pointed out that this approach in recent years could have undermined public trust in the ability of CCP to effectively cope with crises. Future columns will look at how China could be facing multiple crises in the very near future. This column looks at existing slow-burning issues that erode people’s underlying tolerance for the regime.

I lived in China for many years, starting just over 10 years after the Tiananmen Square massacre. By this point, the majority of the Han population supported, or at least tolerated, the CCP regime.

That most likely wasn’t the case in the conquered portions of the Chinese empire, like Tibet, Inner Mongolia, and Xinjiang (East Turkestan). Though the harsh repression of those peoples has been ongoing, under Xi it sharply escalated.

In the early 2000s, the situation in China was much like that of Taiwan during the later stages of authoritarianism. Han Chinese were largely free to do what they wanted as long as they didn’t publicly criticize the party-state, which they often did without fear in private, and occasionally critical articles would sneak past censors in the non-state press.

Most people in China understood that they were in a period of transition from a collectivized, poverty-stricken society to a modern one and that such transitions are rarely smooth. The key to regime legitimacy was the sense that things were moving in the right direction, and the CCP was responsible for China's relative success.

The state was progressively removing itself from the micromanagement of people’s lives, the economy was booming, incomes were rising fast, and opportunities were plentiful. The CCP banked heavily on the key commodity of hope for individual economic well-being, increasing self-expression, and the “glory of the nation.”

Since Tiananmen, political discontent has been largely kept under control, and the populace has mostly been willing to accept the downsides of CCP rule in exchange for the benefits the regime claims to have provided them. But can it still be said things are moving in the right direction?

The downsides of the CCP's authoritarian governance have long failed to be addressed, and discontent is simmering below the surface. One of the main reasons for public support of the Tiananmen protestors was frustration over official corruption, which is still alive and well.

Corruption is deeply corrosive to any system, as it strikes at the basic human sense of fairness. It means the rich, powerful, and well-connected can do what they like regardless of the rules — but those without economic or social privilege can't and have to suffer the indignity of witnessing those in power flout the rules at their expense.

While all boats rise fast during boom times, rampant corruption is somewhat easier to swallow for the general Chinese population. The propaganda machine under Xi has been loudly touting his corruption crackdowns, some of which do appear to have had some effect — at least on ostentatious public displays of ill-gotten wealth — but much of the crackdown appears to have targeted political opponents rather than genuinely rooting out the problem.

Perhaps the propaganda has convinced the public that the situation has that key component of moving in the right direction, but again, we can’t be sure. If not, then the party-state has a serious problem: corruption is deeply tied to many of the other social and political ills that drive people to protest.

Protests happen quite often in China, but generally over local or specific issues. The Chinese government stopped supplying data on this in 2005, but reports of protests still leak out.

The most common ones are summarized by the USC US-China Institute this way: “The protests often complain about government action or inaction, but the grievances cover a wide range of issues involving labor disputes, rural land grabs, environmental damage or perceived threats, how women or minorities are treated, the actions of other nations, conditions for demobilized soldiers and policing practices.”

Most of those issues are still very common; the first few are directly connected to corruption and the rest relate to the general sense of fairness in China. Pollution is toxic to water and food supplies. It can also be life-threatening, and the factories producing it are often able to avoid regulatory consequences by paying off local officials.

China’s air pollution is among the world’s worst and has proven time and again to be nasty and fatal, and serves as a tangible manifestation of political corruption.

Land grabs are a big problem, and labor disputes are never-ending. They will remain never-ending as long as the right people can be paid off to look the other way. Especially in the case of land grabs, local officials are directly involved in financial impropriety.

Since Xi took office, harsh policing has increased, and women and minorities are treated considerably worse than even a few years ago. Traditional gender roles are being enforced again, and the LGBTQ community is being driven back underground.

While no good statistics are available on anything in China, there are other issues that could cause discontent. Though attitudes vary on each issue, certainly not everyone is happy about the ever-increasing social controls, the rise of social credit, the tightening of censorship, and genocide.

Previously, I had assumed that the Chinese party-state was keeping a lid on widespread knowledge of the genocide, but apparently not. A scholar told me that she had asked her peers based in China, and it isn’t as much of a secret as I’d thought. This is supported by the now open denials of it in CCP propaganda news outlets. Obviously, there is no point in denying something nobody knows about.

No doubt there are many in China who look down on the Uyghurs and support the party-state cracking down on them in the name of “fighting terrorism.” But people could begin to connect the dots and realize that elements of the surveillance and propaganda and repressive techniques pioneered in Xinjiang are now starting to appear in their own neighborhoods and lives.

Disappearances of people you know, cameras everywhere using facial recognition, social credit scores enforcing compliance, and the rise of apps to control movement during the pandemic are hard to ignore. Will the “temporary” social control measures and apps be pulled when the pandemic is over?

Rule by fear and control is brittle but very effective. Until it’s not.

Even the so-called “benefits” the CCP provides are starting to fray, especially the almighty promise of ever-increasing prosperity. Even official numbers show GDP growth slowing, but a common rule of thumb used by China watchers is to cut the official numbers in half, if not by more.

Official numbers now average roughly 5-6%, which if true is quite good — but not quite the stellar 10% annual growth. If the China watchers' rule of thumb is true, the economy is still ticking over nicely for an advanced economy, but it’s not enough to keep up anywhere near the pace of the mass poverty reduction the party has built its reputation on — especially as the wealth disparity between well-connected friends of the CCP and the general public continues to widen.

For young people, the economic future doesn’t look as bright as it once did, as one VOA article summarizes neatly: “Fed up with a culture of overwork, through-the-roof housing prices and skyrocketing living costs, many Chinese youth are "lying flat" to express their frustration with the lack of upward social mobility.”

Realizing that prosperity is slowing, the government has pivoted to social “reforms.” These are often quite popular, but many are double-edged and creating pockets of deep resentment.

Video game use among the young has been sharply curtailed; online fan groups of pop stars have been shut down; more conservative norms are being enforced across the board; and cram schools have been closed.

Many of these moves are intended to cope with real problems, such as shutting down bitcoin miners to reduce stress on the power grid and promoting healthier lifestyles for young people who spend nearly every waking moment not in school stuck in cram schools.

But again, much of this wasn’t handled well. For example, the closure of cram schools was executed with very little warning, throwing a large number of people out of work, shuttering tons of small businesses and burning anyone who owned stock in the larger education chains that promptly collapsed.

All of those people, and those who may have depended on those people’s incomes, were no doubt angry and, in many cases, financially ruined almost overnight. And do you think the wealthy and well-connected are going to stop getting access to further education for their kids?

There is another long, slow burning issue: the household registration (“hukou”) problem. This system ties people to a locale whether they live there or not, and all benefits flow from that.

Like most rapidly industrializing countries, there has been a massive influx of people into urban areas. In China, it has created a “floating population” estimated to be 376 million in late 2020.

These formerly rural people are a permanent underclass, with highly restricted access to health care, public services and unemployment insurance in the cities they live in. Most troubling for parents is that their children are denied quality education, arbitrarily denying them a pathway to upward mobility.

It is extremely difficult to change their household registration, and economic opportunities are scant at “home.” This creates a deeply troubling and unfair situation of dispossession for over a quarter of the population.

So far the CCP has managed to keep these issues from boiling over, and individually, none are likely to cause serious instability. But collectively, they make it likely that many people, if not most, have been negatively impacted and bear resentment. In short, these reforms aren’t the home runs the regime needs to shore up support while the economic engine cools.

If this resentment becomes widespread enough, and people with different resentments recognize the inherent unfairness in their own plight has the same party-state roots as those of other people, there will be a crucial shift from just “I’m screwed” to “We’re all screwed.”

Then the prairie fire of discontent is just waiting for the right spark.