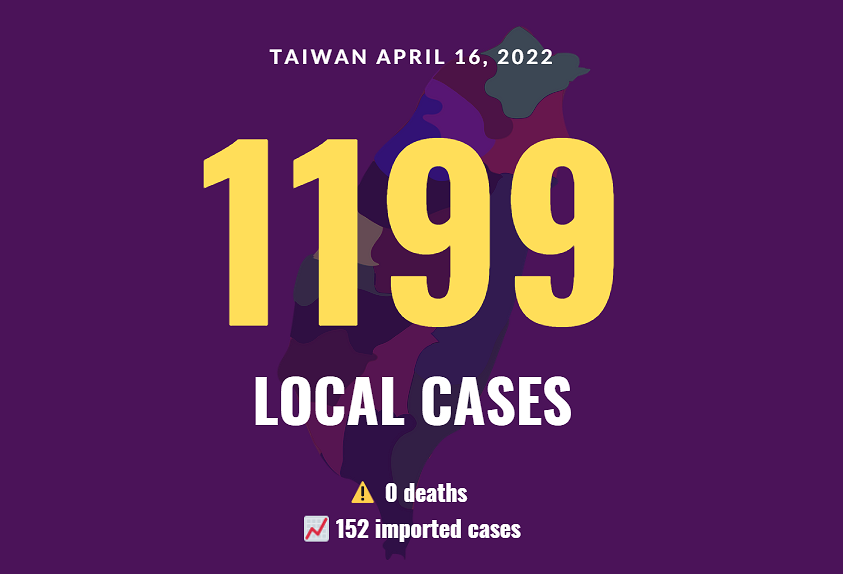 The 1,199 new local cases include 575 males and 623 females from under five to 99 years old and one still under investigation. A total of 672 cases were asymptomatic.

The new imported cases include 66 males and 86 females, ranging in age from younger than five to 79 and arriving in Taiwan between Feb. 24 and April 15. They include four arrivals from Vietnam, three from South Korea, two each from Indonesia and Thailand, one each from Singapore and the U.S., and 139 still under investigation.

Taiwan’s latest total of 33,205 coronavirus cases includes 23,551 domestic cases and 96,00 imported ones. A total of 36 came from the Navy's "Goodwill Fleet," three were from a cargo pilot cluster, one is unresolved, while 14 cases are still under investigation.

The 854 fatalities from the pandemic include 840 due to local infections, with New Taipei City registering 413 deaths and Taipei 322. A total of 193 people have been removed as confirmed cases.