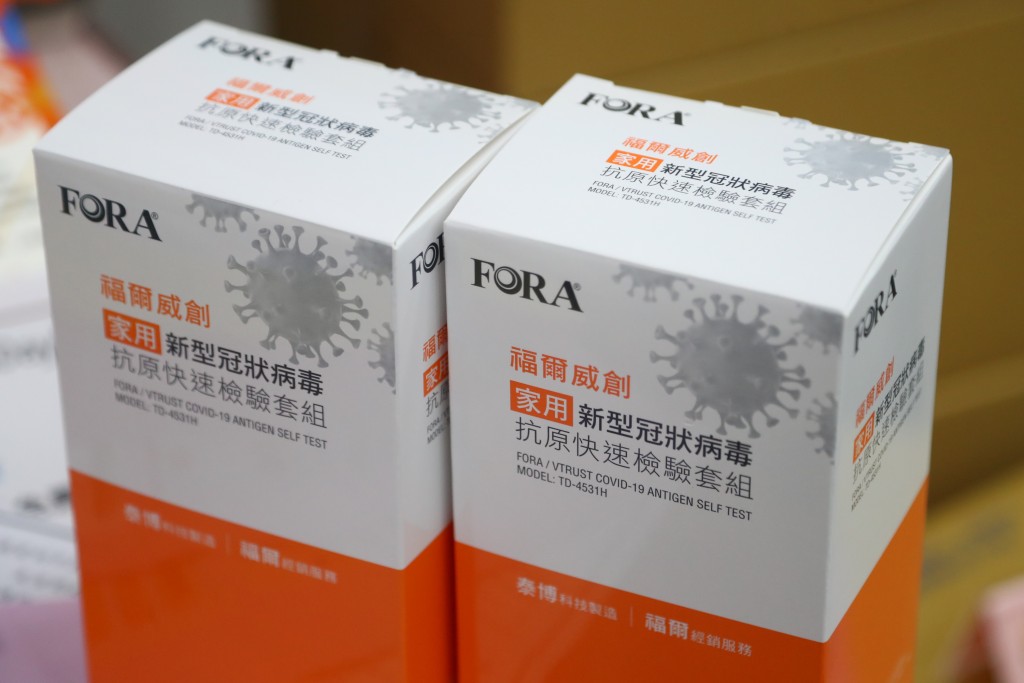 TAIPEI (Taiwan News) — The country's largest antigen rapid test producer said Friday (April 15) the cost of a COVID home testing kit will be lowered to NT$170 (US$5.84) by the end of May, following complaints of overcharging.

FORA Care Taiwan Chairman Mike Chen (陳朝旺) said the price will come down in phases. The first round of cuts will start on April 25, with a single kit to cost NT$230 compared to the current price of NT$300.

In response to skyrocketing demand for at-home tests due to the spread of local Omicron cases, Premier Su Tseng-chang (蘇貞昌) confirmed earlier this week that the government has procured kits that will cost no more than NT$200 (US$6.90) per unit in the near future. Currently, kit prices are higher than in Germany, Singapore, and South Korea.

Formosa Biomedical Technology Corp. is looking to increase production of its self test kits and lower the price to under NT$200, according to UDN. Another local producer of rapid test kits, Enimmune Corp., has yet to nail down a plan and address price changes.

The at-home test kits were first available at drugstores and convenience stores in June 2021. Those who test positive should call 1922 or contact the local health authorities to arrange for a PCR test at a screening center, according to the CECC.