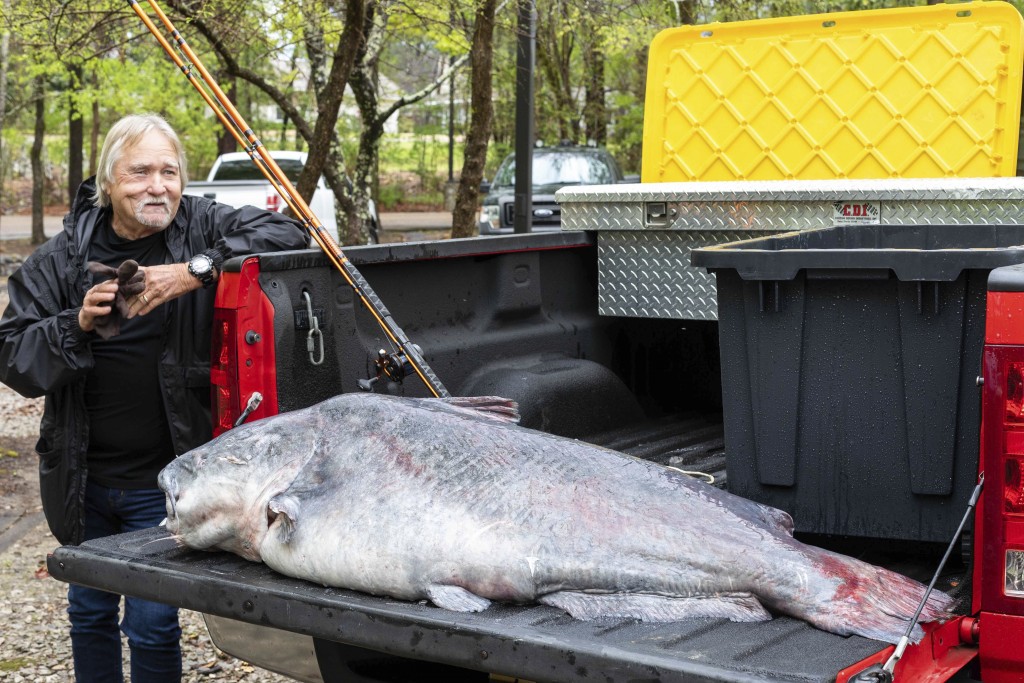 JACKSON, Miss. (AP) — Talk about a fish tale: A Mississippi man reeled in a massive blue catfish that set a state record.

The Mississippi Department of Wildlife, Fisheries and Parks said Eugene Cronley of Brandon caught the 131-pound (59.4-kilogram) fish April 7 in the Mississippi River near Natchez.

“I’ve been catfishing all my life and I never dreamed of something like this," Cronley told the Clarion Ledger.

He said he used a rod and reel with skipjack herring as bait.

The department said Cronley's fish broke the previous rod-and-reel record of a 95-pound (43.1-kilogram) fish caught in 2009. It's also larger than the 101-pound (45.8-kilogram) blue catfish caught by a team of two people in 1997. Both of those fish were also caught in the Mississippi River near Natchez.

The world-record catch for blue catfish was broken in 2011 when a 143-pound (64.9-kilogram) behemoth was reeled in from a Virginia lake, according to the International Game Fish Association.

“He is a monster,” Cronley said.