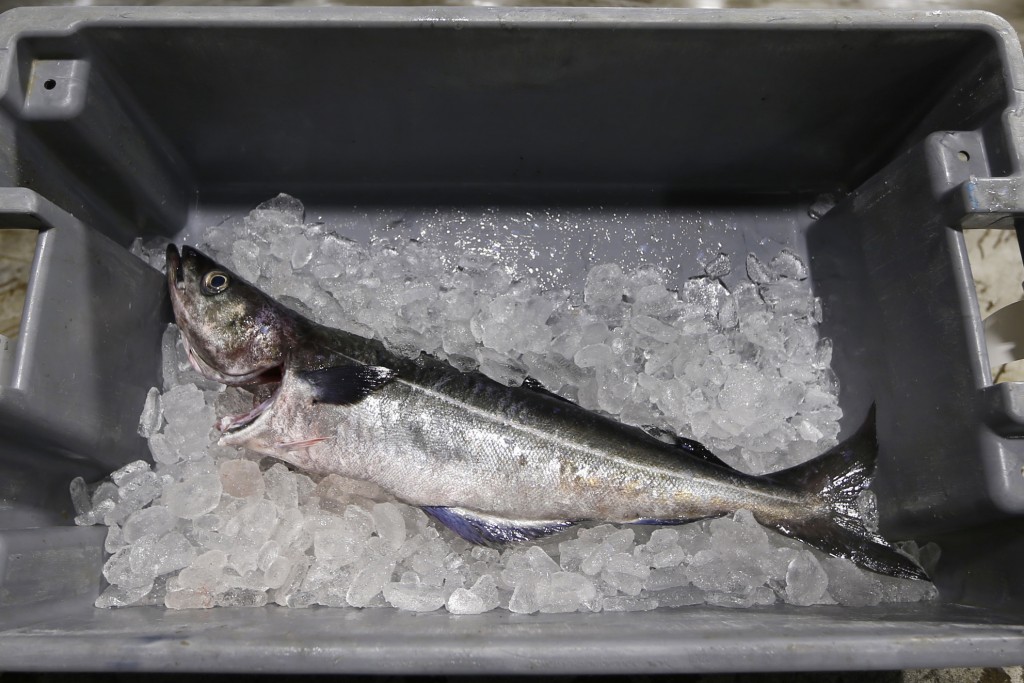 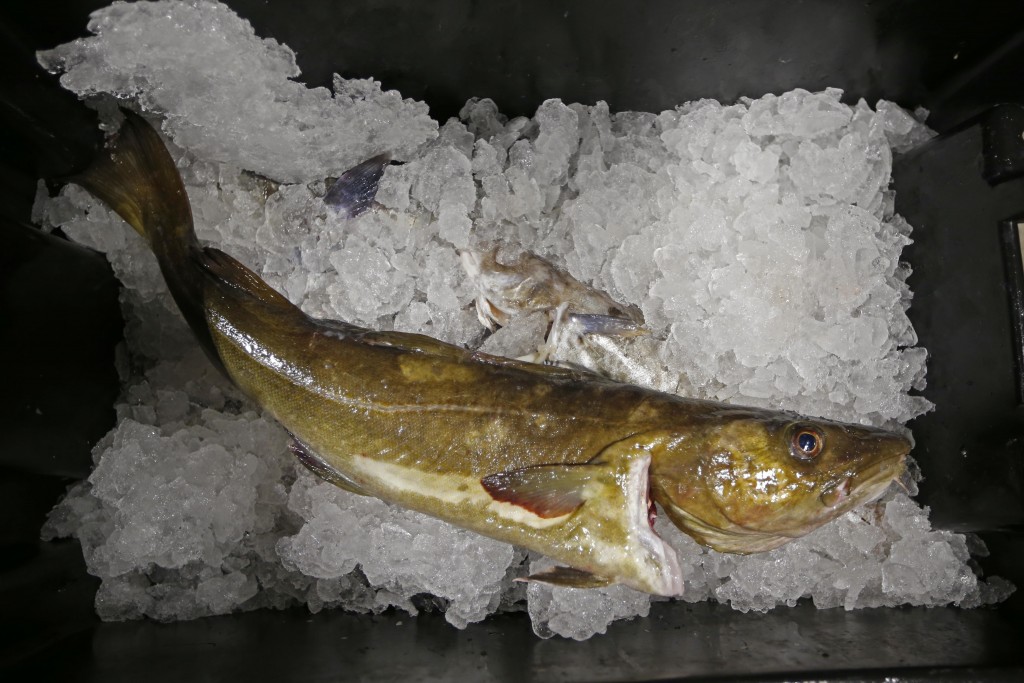 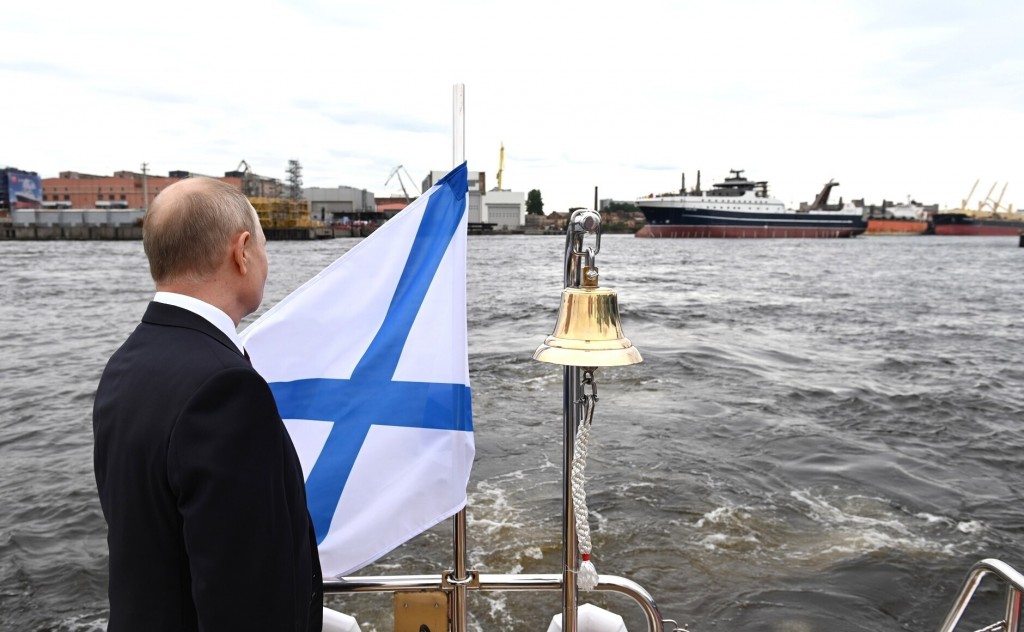 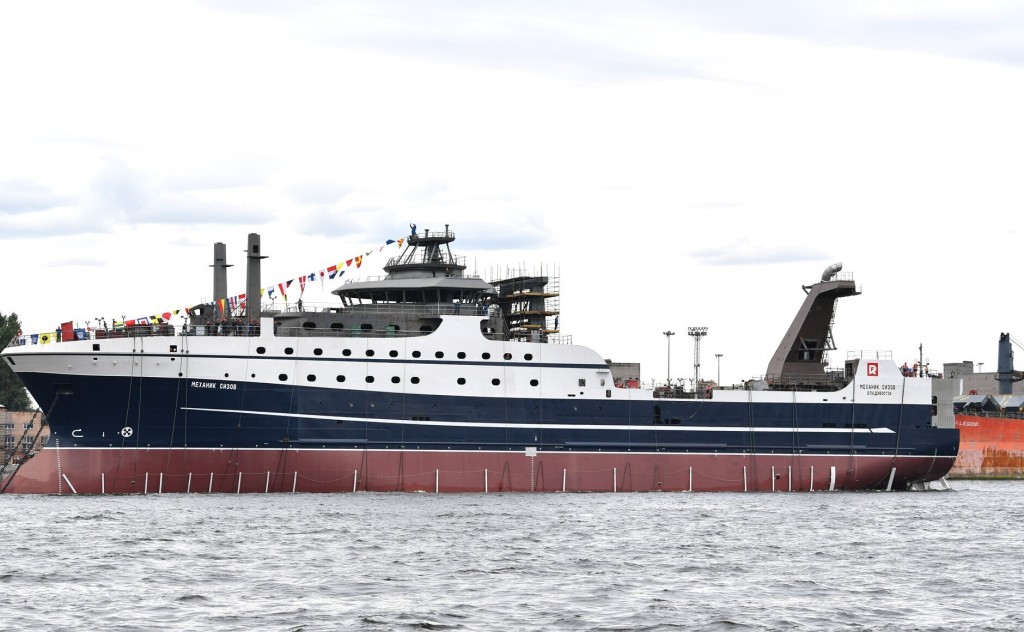 MIAMI (AP) — A U.S. ban on seafood imports from Russia over its invasion of Ukraine was supposed to sap billions of dollars from Vladimir Putin’s war machine.

But shortcomings in import regulations mean that Russian-caught pollock, salmon and crab are likely to enter the U.S. anyway, by way of the country vital to seafood supply chains across the world: China.

Like the U.S. seafood industry, Russian companies rely heavily on China to process their catch. Once there, the seafood can be re-exported to the U.S. as a “product of China” because country of origin labeling isn’t required.

The result is that nearly a third of the wild-caught fish imported from China is estimated to have been caught in Russian waters, according to an International Trade Commission study of 2019 data. For pollock and sockeye salmon, the rate is even higher — 50% to 75%.

“China doesn’t catch cod. They don’t catch pollock. But yet, they’re one of the largest exporters of these whitefish in the world,” said Sally Yozell, a former policy director at the National Oceanic and Atmospheric Administration who now is a senior fellow at the Stimson Center in Washington. “Having it labeled as a Chinese product is really not fair to the consumers and to restaurants.”

This story was supported by funding from the Walton Family Foundation. The AP is solely responsible for all content.

Fishing is big business in Russia, one closely linked to the Kremlin and Putin’s projection of power at sea. The country is the one of the world's top seafood producers and was the eighth-largest exporter to the U.S. last year, with more than $1.2 billion worth of sales, the bulk of it king crab.

But it's unknown exactly how much manages to land in the U.S. by way of China, which sent another $1.7 billion in fish to the U.S. last year. Nor does the Biden administration’s ban require companies importing from China to find out.

Among Russia’s biggest seafood exports is Alaska pollock. A cousin of cod, Alaska pollock is the most harvested fish in the U.S., showing up in everything from imitation crabmeat to McDonald’s Filet-O-Fish. Every year, giant, floating factories in the Bering Sea and Gulf of Alaska with dozens of workers aboard catch 1.5 million metric tons of the fish, the equivalent of more than four times the weight of the Empire State Building.

But the same species is also harvested in Russia in similar amounts. Even though the U.S. forbids the use of the name “Alaska pollock” if the fish wasn’t caught in U.S. waters, pollock caught by Russia and processed in China is hard to detect and fills an important gap in the U.S. market. Complicating matters further, a small share of the U.S. catch is also sent to China for processing and reimported to the U.S.

In lieu of seafood tracing, U.S. producers rely on the name recognition of Alaska pollock to signal where the fish was caught.

“Consumers can have confidence that if the name Alaska is on the box it unequivocally comes from Alaskan waters,” insisted Craig Morris, chief executive of Genuine Alaska Pollock Producers.

Even before the invasion of Ukraine, pressure had been building to prevent what Sen. Dan Sullivan, a Republican of Alaska, called “authoritarian” pollock from entering the U.S. Putin banned U.S. seafood in 2014 following American sanctions to punish him for the invasion of Crimea that year. Since then Russian exports entering the U.S. duty free have nearly quadrupled in value.

None of the companies responded to requests for comment about whether they would stop purchasing pollock from China or take steps to ensure it is not of Russian origin — neither of which is required by the seafood embargo.

Gavin Gibbons, a spokesman for the National Fisheries Institute, said that almost all of the group’s members are now reviewing their sourcing practices. But some fear an outright ban on third-party processed seafood could lead to job losses in the U.S. and add to inflation, already the highest in decades.

“The need to hold Russia accountable for its reprehensible actions in Ukraine is undeniable,” said Gibbons. “We support a strong and smart response that is targeted and avoids unnecessary economic collateral damage on U.S. workers.”

While overshadowed by Russia’s role as an energy powerhouse, Russia’s seafood industry has increasingly been flexing its own muscle with strong support from the Kremlin.

Two of the country’s largest seafood exporters — Vladivostok-based Russian Fishery Co. and Russian Crab — are owned by Gleb Frank, the son of Putin’s former transportation minister and head of state-owned shipbuilder Sovcomflot. Frank is also the son-in law of one of Russia’s richest men, Gennady Timchenko, who was among the first oligarchs sanctioned following the 2014 invasion of Crimea.

The 39-year-old Frank was dubbed Russia’s “Crab King” after emerging in 2019 as the biggest beneficiary of a government plan to auction fishing quotas that had traditionally been handed out based on the previous year’s catch.

With generous state loans, his companies have been at the forefront of an effort to renew Russia’s aging fleet. Last year, during a Navy Day ceremony at a St. Petersburg shipyard with Putin and 50 warships looking on, he launched an advanced supertrawler capable of hauling 60,000 tons of pollock per year.

“Today the Russian navy has everything it needs to defend our homeland, our national interests,” Putin said in a speech in front of a monument to the fleet's founder, Peter the Great. “We can locate any enemy, whether they’re on, under or above the water. And if required, deal them an unavoidable strike.”

One of Frank’s biggest competitors, Oleg Khan, fled into exile after a criminal investigation for murder was reopened around the same time Frank busted onto the seafood scene. Later, a company connected to him had its offices in Russia's Far East raided and assets seized over allegations of tax fraud and crab smuggling.

Last month, after Frank himself was hit with U.S. sanctions along with his wife and father-in-law again, he sold part of his ownership stakes in both seafood companies to several associates and resigned as chairman. Russian Fishery Co. did not respond to a detailed list of questions about the U.S. embargo but Russian Crab said Frank has never played a role in management of the company.

It’s not just the industry’s ties to the Kremlin that are driving concern.

For years, activists have complained about Russia’s poor record caring for the oceans. The country was ranked No. 2 out of 152 nations in a recent study of global efforts to combat illegal, unregulated and unreported fishing prepared by consulting firm Poseidon and the Global Initiative Against Transnational Organized Crime. Only China scored worse.

Allegations of illegal fishing have even followed Russia to the south pole, where a Russian ship in 2020 was accused of faking its location data to fish illegally off season. A Russian observer was also found to be behind anomalous catch data from several Antarctic fishing vessels. In both cases, Russia denied any wrongdoing.

At a congressional hearing this month on the Russian seafood ban, Rep. Jared Huffman, a California Democrat, led calls for the expansion of NOAA’s Seafood Import Monitoring Program, which aims to prevent illegal seafood from entering U.S. supply chains by tracking shipments from the point of catch. Currently the program covers just 13 species, only two of which — red king crab and Atlantic cod — are fished by Russia.

But some worry further isolation of Russia's seafood industry could backfire and slow important reform efforts driven by demand from Western consumers to know the origins of the fish on their plates.

Peter Quinter, a former U.S. Customs Service attorney, said that the Biden administration can easily close the China loophole by requiring importers to inspect their supply chains to make sure none of their fish comes from Russia. He cited as a model recent legislation requiring retailers to obtain certification from the U.S. government that their goods were not produced using forced labor by Uyghur Muslims in China’s Xinjiang province.

“They can and should fix this,” said Quinter, who now advises seafood companies on compliance with American trade law. “The old days of being sure your fish is caught in a single place or country is no longer the case.”