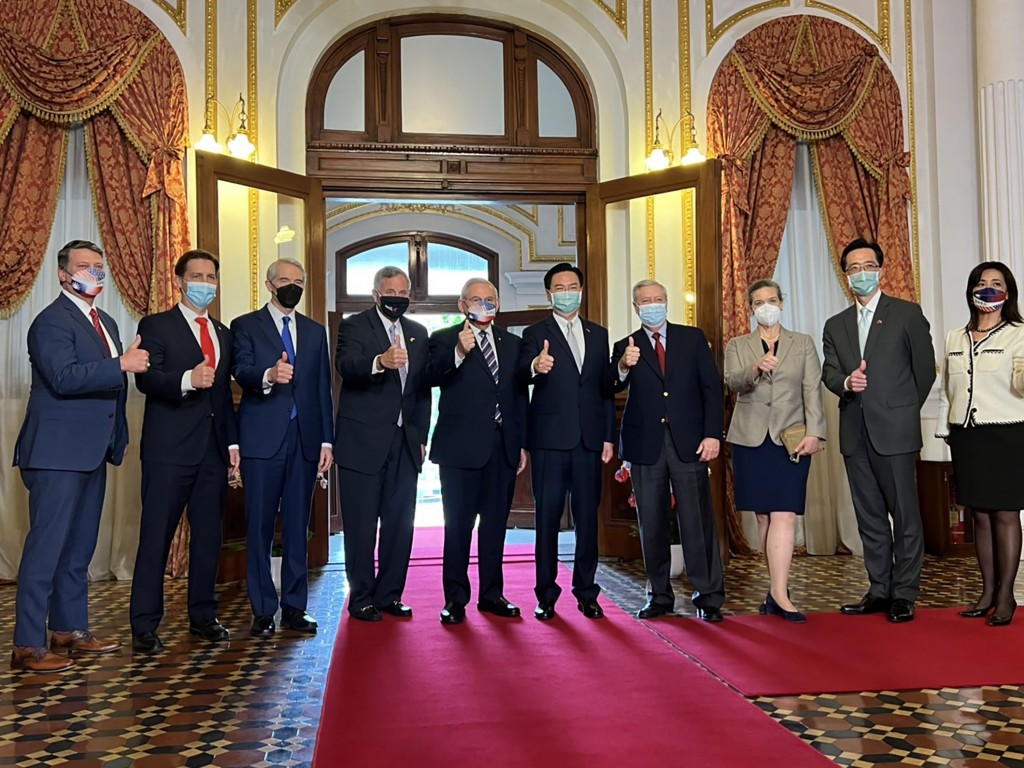 Graham made the statement in response to a reporter’s question regarding whether the U.S. will send troops to help defend Taiwan in the case of a Chinese invasion. “We’re often asked what would America do if the communist Chinese invaded Taiwan. Every option is on the table,” he said.

“We have a strong military, not to take other people’s property but to protect our freedom and the freedom of the world. We’re here in this part of the world not to conquer but to be a good ally.” He added, “The last century taught us, when good people give in to evil, you live to regret it. If America abandons Taiwan, it will change the world fundamentally for the worse. Who would be our ally in the future?

“To abandon Taiwan is to give in to the rule of gun versus the rule of law. To the [Chinese Communist Party] (CCP): we do not seek conflict, but we will fight for our values. Choose wisely.”

The press conference was held after a “very engaging, warm, frank meeting with the president and her team,” as described by Graham, during which the U.S. delegation discussed economic exchanges between the two countries. 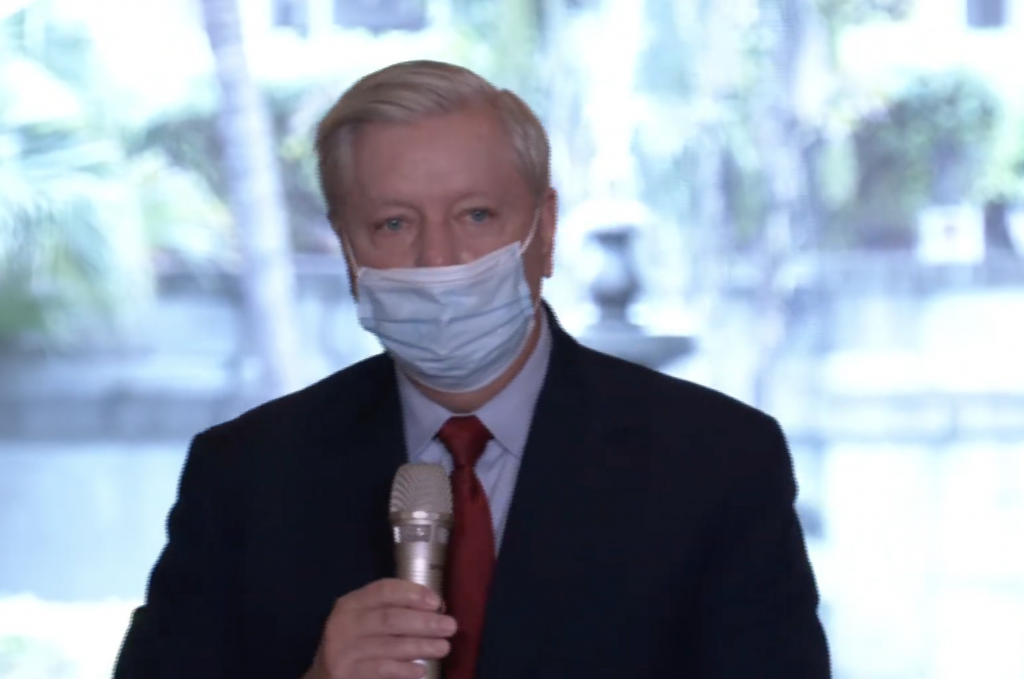 He added that while Taiwan is a small island, it stands for the biggest idea of all: freedom.

“The CCP is supporting Putin; the Taiwanese people are supporting the suffering people of Ukraine. You’re a peaceful partner to the United States, you do business with the world to the rule of law. To abandon Taiwan would be to abandon freedom itself; America is not going to abandon freedom.”

“I hope the CCP will change their ways. Until that day comes, we must be strong in the face of oppression,” Graham concluded.

Meanwhile, Senator Robert Menendez said the high-profile, bipartisan delegation’s presence in Taiwan, by itself, “is a testament to the importance of Taiwan.”

The question the world must face right now, according to Menendez, is not about choosing between the United States and China. “It’s a choice of what type of world [we] want to live in,” and the difference lies in whether or not the world offers free choice and transparency.

As the U.S. and Taiwan both live in a world with free choice and transparency, the U.S. is ready to support Taiwan, said Menendez.

“When a country like Taiwan has 90% of the high-end semiconductor industry, it is a country of global significance, of global economic consequence, and those who wish Taiwan ill must understand that the global community will look at that and say: ‘We cannot allow Taiwan to be negatively impacted,’ because the world’s interests are involved.”